Valve is building a game console, but not just one. The company wants to create an entirely new class of computers that brings the power of Linux and the distribution might of Steam to the living room. That's why on Monday, it announced SteamOS. And today, that's why the company is announcing its hardware plans — barely.

"Beginning in 2014, there will be multiple SteamOS machines to choose from, made by different manufacturers," the company writes. Unfortunately, Valve doesn't say which manufacturers it's working with, or what the Steam Box will look like.

However, Valve confirms that it has created its own box optimized specifically for SteamOS, and today it's offering to ship a mere 300 of them to Steam users who sign up for a limited beta program by October 25th. If you're interested, signup information is right here.

An array of prototypes

While the company doesn't offer up any details about the box's size, shape, or hardware specs — "We promise we'll tell you more about it soon," the company says — there is a limited FAQ hosted at Valve's announce page which has a few more answers. There will be several Steam Box prototypes "with an array of specifications, price, and performance," all of which will be freely hackable by their users. You can even install another operating system on the boxes. The prototypes will ship this year.

While Valve has been clear since the beginning of the week that its SteamOS plans won't take effect until 2014, we were expecting quite a bit more from its hardware announcement today. As far as we knew, Valve had already commissioned some 15 to 20 hardware partners to create Steam Box prototypes, and already handed them out over the summer. What we were expecting to hear about today were the hardware specifications that set apart a genuine Steam Box from your run of the mill living room PC. 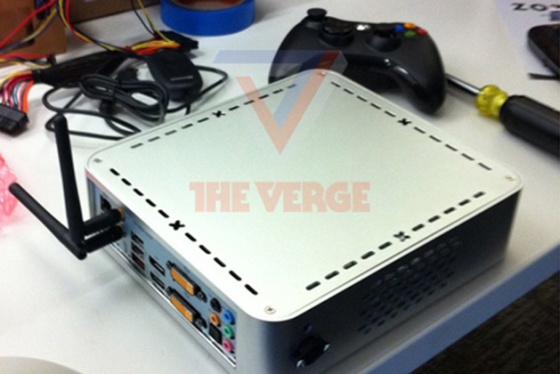 It's hard to overestimate the importance of a dedicated hardware specification. Game developers need to know what kind of hardware to target, which silicon chips, controllers, and technologies to develop for when they're building their games. Game consoles don't typically get upgraded year after year, giving developers confidence that their games will run the same way, but PCs are a moving target that's difficult to hit, and it's dogged game developers for years.

We'd heard from the very beginning that the Steam Box would be designed around a particular spec, originally a Core i7 CPU, an Nvidia GPU, and 8GB of RAM. In January, Valve co-founder Gabe Newell told us that the company's plans were a little bit more complicated. Instead of imposing a rigid set of specifications, the company would erect three tiers of "Good," "Better," and "Best." Good would be an extremely cheap (think $100) box that merely streams content from another computer in your home with more muscle, while Better (think $300+) would be more tightly controlled to hit the center of the Venn diagram between powerful, cheap, small, and efficient. Best, he explained, could be whatever users or hardware manufacturers dream up, with no restrictions.

It's worth noting that this week's Valve news isn't done yet. The company's countdown clock has restarted for a third announcement at 10AM PT / 1PM ET on Friday, September 27th. If we had to guess, the company will reveal a game controller of some sort. The last line in today's FAQ reads: "We have some more to say very soon on the topic of input." Polygon also noticed that the prototype SteamOS hardware will ship with a prototype controller.