Verizon's taking another step toward doing away with landlines. It's already begun replacing landlines with routers connected by its wireless network as a way to quickly restore service after a storm, but those routers hadn't been made widely available. Now however, Verizon is beginning to sell one online, allowing anyone to connect their entire home internet and voice services to their wireless plan.

Verizon sees it as a big help for travelers

Verizon's descriptively named 4G LTE Broadband Router with Voice includes both voice and data service to the home, but the company sees it as much more than that: because it uses a wireless network — and therefore isn't tied down to a specific location — Verizon suggests that it could be toted around to hotels, vacation spots, and the office as needed so that travelers can always have high-speed internet and their home phone number with them. Though it can't function straight through a power outage like traditional phone lines can, Verizon is promising 4 hours of voice service off of a built-in battery backup. 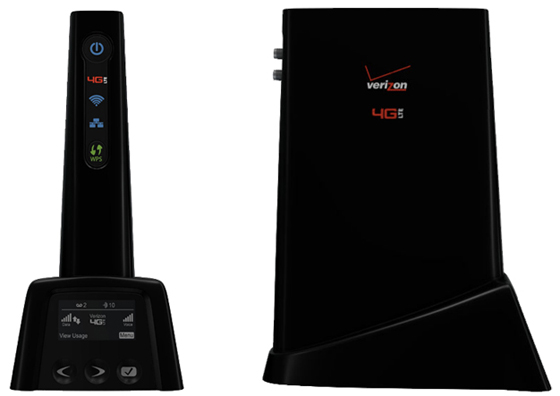 The router itself is $199.99 or $49.99 on a two-year contract. It supports up to 10 devices over Wi-Fi and three over ethernet, in addition to a single corded phone. Though you won't be able to connect a straight cellphone to its data, Verizon does allow the router to be part of a shared data plan, which could make for some savings for those who don't need a high data cap. But the router's broader debut isn't simply a matter of giving consumers more options. Telecom providers would be more than happy to rid themselves of costly copper telephone lines, and the more people that Verizon can get to switch over to new wireless technologies, the better for them.