Lenovo could be working on one of the thinnest ultrabooks that's ever been built. According to Yesky, Lenovo is building a concept laptop called the ThinkPad 9 Slim, which measures in at a trim .38-inches thick — approaching half the size of Apple's MacBook Air. The laptop reportedly has a 13-inch display with an incredibly pixel-dense resolution of 3200 x 1800. It's also said to continue the carbon fiber body of Lenovo's X1 Carbon, and weigh just 2.2 pounds. It's still unclear if the ThinkPad 9 Slim is purely a demonstration of what Lenovo's capable of when it comes to design, or if it'll actually turn into a shipping machine. But if such a laptop does hit the market with stunning specs to match, it could easily give the MacBook Pro with Retina display a run for its money. 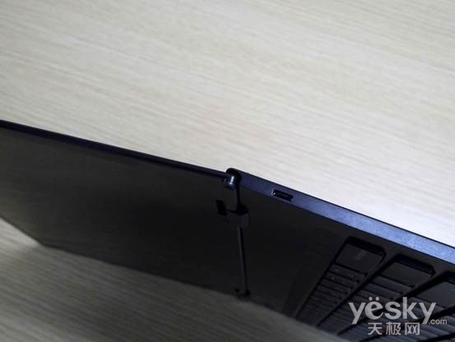