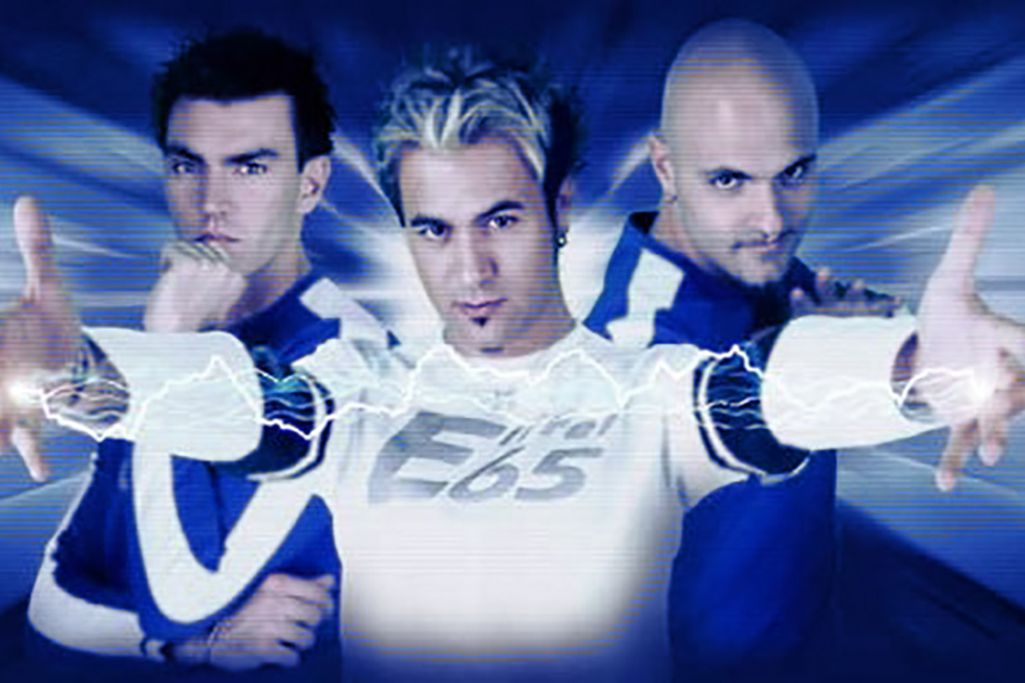 It’s not like there weren’t a ton of amazing songs that came out in 1999, but the music industry is hardly a meritocracy. If the most practiced and skilled musicians always made it to the top we’d live in a bland world — a lot of pop’s biggest moments come when a song does nothing more than encapsulate its moment in time better than any of its peers. 1978 had “Stayin’ Alive,” 1995 had “Gangsta’s Paradise,” and 1999, for some reason, had Eiffel 65’s “Blue (Da Ba Dee).”

A Different Kind of Blue

Long before Dr. Luke and MTV turned electronic dance music into mainstream gold, Americans were only vaguely amused by a pulsing 4 / 4 beat: “Vogue,” “Rhythm is a Dancer,” “Children,” “Macarena,” and “I’m Too Sexy” may have charted well in the US, but house anthems hardly dominated. The eurozone had been under the influence of dance culture for more than a decade, so when “Blue” entered the Top 40 in the UK it wouldn’t have been a huge shock — if it hadn’t done so on the strength of import sales alone. It was only the third song in history to do so, with the compact discs arriving from Eiffel 65’s native Italy.

"Blue" became the Muzak of our vision of rave culture

A year later, “Blue” had made a big splash on this side of the pond: it appeared in an episode of Daria, in Jason Biggs’ breakout Loser, and in the Jackass-spinoff-punkumentary CKY2K. It became the Muzak of our vision of rave culture, a super-pre-9/11 foundation upon which any other cultural observation could be layered to place it at an exact moment in spacetime. That’s exactly why it was the basis for a throwback scene in Iron Man 3, resulting in the song’s nostalgic re-emergence in the UK charts earlier this year. It’s easy to hear why a song like “Hey Jude” or “Call Me Maybe” are alive in the tapestry of pop music, but Eiffel 65 created a little more of an undead situation. What, exactly, lets “Blue” rise from the dead in terminally jaded 2013?

Techno music is primarily body music, which generally leaves the mind out of the compositional equation. This is especially true of vocal house, a historical genre that treated the voice as just another layer of an epic dance jam, like the rhythmic moaning of Captain Hollywood Project’s “More and More.” Time-tested elements of beats and rave chords (the ubiquitous arpeggiated G minor) set the scene in “Blue,” but Eiffel 65 had larger lyrical ambitions — I’m not quite sure they lived up to them, but they sure as shit tried.

With nary a rhyme or metric scheme in sight, principal rap-singer Jeffrey Jey adheres only to the constraints of 4 / 4 timing and free verse, which some might say makes him the Walt Whitman of vocal house: there are no quick turns of phrase, none of the inventive timing that earned Eminem or Nas their places in the canon. There’s just a simple portrait rendered in a perennially overdramatized color -— “Blue” probably could have made it on its own sonic merits in another time, but it was 1999 and a true global hit required a following on MTV. And so we got some aliens.

Before “let’s get stupid” became the rallying cry of bros all over the frativerse, people just got stupid. Eiffel 65’s fantastic journey to a blue planet is a textbook example of CG’s turbulent adolescence: 3D animation software like Maya and Rhino was widely distributed enough that its results were everywhere, but no one seemed to be able to make it, you know, good — a lot like what happened in the ‘80s as synths and drum machines infected the musical masses.

I don’t know if it’s just me but I was so transfixed by the rough-hewn scenery of the “Blue” video that I had no idea what the fuck was going on the first three times I watched it. But I was able to look past the poorly rendered polygons on my fourth viewing and discover a fish-out-of-water tale that Tim Burton would be proud to direct. Briefly:

Three stunningly goateed Italians use the opening stanza to introduce themselves to the world, rotating incoherently through space on robot-arm-mounted cathode ray tubes, before Jey is beamed up by a duo of body snatchers, his shuffling tearaways and bucket hat frozen mid-stride in the hull of a ship. Unclear of the captors’ intentions, keyboardists Maurizio Lobina and Gabry Ponte board their own spaceship and give chase, eventually docking with their craft and using a series of Street Fighter II-derived missile and extended-limb attacks to fight off waves of foot soldiers (guess what color they are!!??). By this time, Jey has been beamed down to a stage and made to perform for a sea (get it??) of obsessed extraterrestrial fans, bobbing and weaving their webbed hands in unison to their favorite Terran anthem. The keyboardists fight their way to the stage and recapture their frontman, escaping the throng and setting coordinates back to Italy. But a quick glance back at the planet generates a severe case of Stockholm syndrome in the band members’ bleached guido souls:

No spoiler alert here but let’s just say the last 30 seconds of the video have done more to cement my trust in intergalactic cooperation than anything George Lucas ever did. It wouldn’t surprise me if the next generation of historians discovers that this was actually a documentary of the band’s early success, captured with primitive film cameras and devoid of digital manipulation.

Like a strangely comforting stew of disparate leftovers simmering in a Crock-pot, there isn’t a single component of the “Blue” story that’s terribly appetizing on its own. But when it’s all boiled down to a YouTube video and a Wikipedia entry 14 years after its production, a little bit of magic leaks out — it’s not a flux capacitor, but Eiffel 65’s “Blue (Da Ba Dee)” constitutes a transformative elixir that could bring even a billionaire philanthropist playboy like Tony Stark back in time. And we’d all believe the unfathomable scene on the silver screen before us was true… true blue.