Blood ivory: poachers use poison to slaughter elephants in Africa

Share All sharing options for: Blood ivory: poachers use poison to slaughter elephants in Africa

Poachers have begun using more subtle techniques to slaughter elephants in Zimbabwe, swapping rifles and machetes for industrial grade poison. Yesterday, a provincial court convicted three poachers on charges of using cyanide to kill scores of elephants in Zimbabwe's largest national park, sentencing each to at least 15 years in prison. Earlier this week, authorities confirmed that 87 elephants have been killed by cyanide in Hwange National Park, a total that includes the 41 poisoned animals discovered there earlier this month.

It's not entirely clear how the elephants were poisoned, though authorities believe poachers placed cyanide in areas where the animals are known to graze before seizing their valuable ivory tusks. Fifty-one tusks have been recovered thus far, officials told CNN, meaning that poachers may have escaped with more than 120. Investigations are ongoing, but officials believe the operation likely impacted other animals in the area, as well.

"Several other animals have also died, but we don't have the total number yet," Jerry Gotora, director of the Zimbabwe parks department, told AFP on Tuesday.

"This is something of a first for Zimbabwe."

Elephant and rhinoceros populations have declined at alarming rates over the past few years, due in large part to surging demand for ivory in China, where the material is used for valuable carvings and traditional elixirs. Rising demand has sent prices skyward — one pound of ivory can fetch $1,300 on the black market — fueling a nefarious network of poachers across Africa. Reports suggest that ivory trade revenue has been used to fund wars and terrorist groups, including al-Shabaab, the Somalia-based militant group believed be behind last week's attack on a mall in Kenya.

The Convention on International Trade in Endangered Species (CITES) passed an international ban on ivory trading in 1989, but enforcing it has proven to be difficult. Experts believe tens of thousands of elephants are killed for their ivory every year, and evidence suggests that the trend is only worsening; in 2011, authorities seized more illegal ivory at ports than at any point since 1989, when record keeping began. 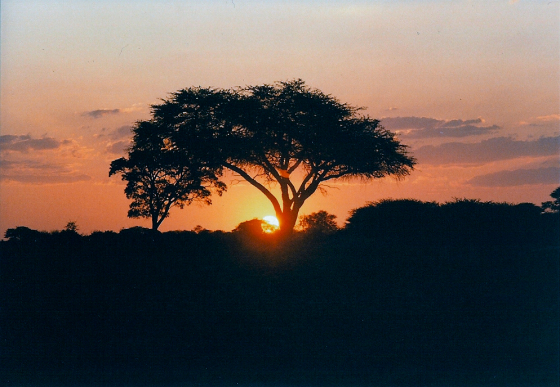 Poachers in Namibia have been known to poison vultures in order to prevent them from circling over an elephant carcass and alerting authorities. There have been reports of isolated wildlife poisonings in the past — including an incident at Hwange National Park two years ago — but experts say the practice is far from common, and has never been deployed on a scale as large as what happened in Zimbabwe.

"This is something of a first for Zimbabwe, and it may be a first for most elephant-rich countries," says Jimmiel Mandima, director of program design and policy at the African Wildlife Foundation in Washington, DC.

Mandima, a Zimbabwe national, says the country has long been a leader in conservation among African nations, though budget constraints have hampered its efforts to protect its wildlife population. According to AFP, approximately 50 rangers are responsible for Hwange National Park, and authorities say at least 10 times that are needed to patrol the 5,660-square mile area.

"As long as the market is robust for ivory there will be cruel poaching of wild elephants."

"Because economic conditions are not the best, the wildlife authority responsible for overseeing anti-poaching and protection is really running on a tight budget," Mandima said in a phone interview with The Verge. "They are not always able to be on the ground when needed."

Environment Minister Saviour Kasukuwere has vowed to crack down on those responsible for the Hwange massacre, calling for stiffer jail time and penalties for convicted poachers. Earlier this year, the Obama administration pledged $10 million to help combat wildlife poaching in Africa, but experts say more cooperative and forceful action must be taken to fight an ivory market that has shown no signs of slowing down.

"Parties with strong domestic markets — from Zimbabwe to Japan to the United States — should shut these markets down and enact strict domestic legislation prohibiting the commercialization of ivory," Adam Roberts, executive vice president of the animal welfare group Born Free, said in an email to The Verge. "As long as the market is robust for ivory there will be cruel poaching of wild elephants to supply this demand."