Microsoft received over 37,000 requests for user data during the first six months of 2013

Microsoft received over 37,000 requests for user data during the first six months of 2013

Microsoft received 37,196 global requests for user data from law enforcement agencies during the first six months of 2013. The company revealed the figure today in its second Law Enforcement Requests Report. (Its first came in March.) The requests, which factor in all Microsoft services including Skype, involved a total of 66,539 accounts. "As with the 2012 report this new data shows that across our services only a tiny fraction of accounts, less that 0.01 percent are ever affected by law enforcement requests for customer data," the company says. But like last year, a vast majority of those inquiries came from the United States. 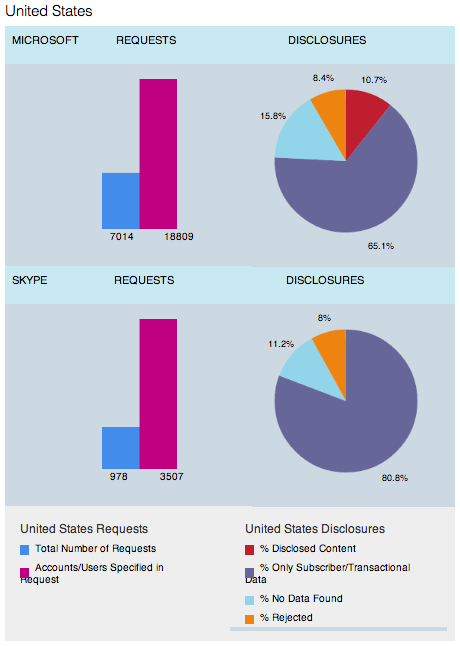 To that end, Microsoft is continuing its push for the government to let it reveal more specifics on national security orders and other requests from US intelligence agencies. Like last time, national security letters (NSLs) are combined in an aggregate volume. "It is clear that the continued lack of transparency makes it very difficult for the community — including the global community — to have an informed debate about the balance between investigating crimes, keeping communities safe, and personal privacy." If the current rate of requests continues, Microsoft should end the year with a total resembling that of last year, when it saw 75,378 requests.