A lot of products come out each week â we don't highlight all of them, but all of them make it into The Verge Database. In Spec Sheet, a weekly series, we survey the latest product entries to keep track of the state of the art.

Apple gave the iPhone plenty of attention this month, but it broke tradition by not giving a moment of time to the iPod. But while Appleâs been letting the iPod touch rest on its admittedly successful laurels, Sonyâs been doing its best to turn around the Walkman. This week, it unveiled its latest two competitors in the fight: the F880, and a high-end device called the ZX1. Sony isn't just blindly hoping that people will suddenly start paying attention though â itâs hoping that a serious appeal to audiophiles can help the players stand out. 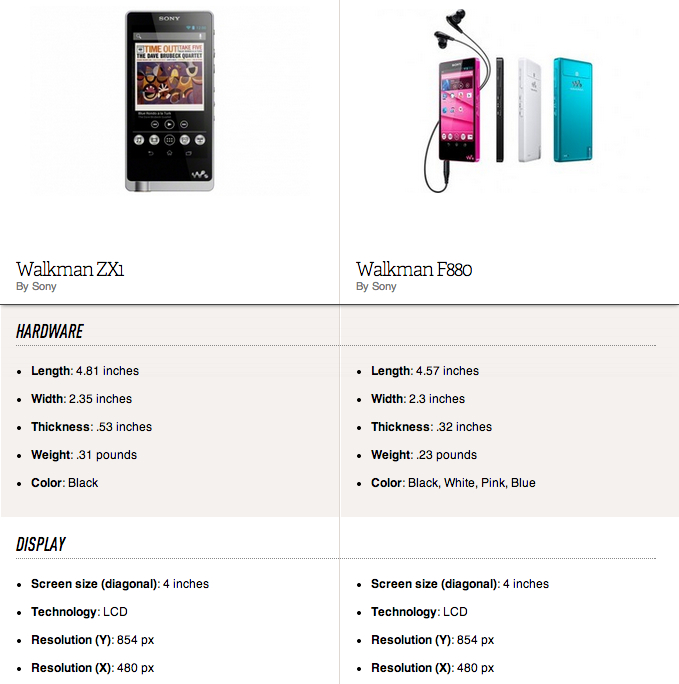 Both players include built-in digital amps

Both the F880 and the ZX1 are essentially Android equivalents of the iPod touch, but Sony says that theyâre also built for high-quality audio. They can both play back lossless audio files like FLAC â which should be perfect reproductions of their source â and include what Sony describes as an "advanced" built-in digital amplifier. Sony says that the playersâ "S-Master HX" digital amp can reduce distortion and noise, and that it can even "faithfully" remaster files that include compression, creating an ultimate result that sounds just as the artist intended.

Whether thatâs all possible within two tiny music players is hard to say without actually listening to them, but Sony appears to be putting a good deal more emphasis on actual audio quality than Apple has of late (Apple has included support for ALAC, a lossless format that it developed itself, but itâs infrequently used at large). Sony also includes hardware playback controls on the two devices â something that new iPods havenât seen for years. 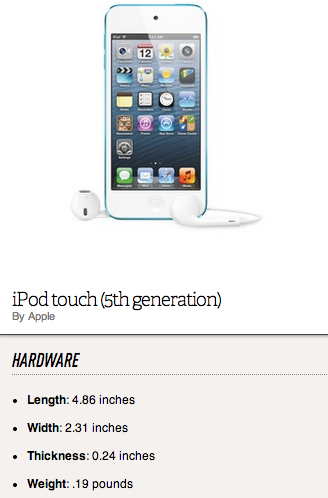 Neither player physically holds up against the iPod touchâs super-slim body and high-resolution display, but theyâre running Android 4.1, include NFC, and have processors that should be able to get their job done just fine â even if that's about all. The F880 will begin at 27,000 yen (about $275) for storage totalling 16GB. But the ZX1 begins much higher: 75,000 yen, or about $763.

Sony says that's because the ZX1âs internals have been specifically picked out and oriented so that they wonât create any electronic interference that might disrupt perfect audio playback. The downside is that there's a large hump on the back of the device to allow everything to fit in nicely, but an upside is that it also includes a massive 128GB of storage to house a large library of high-quality music files. The optimal high-end audio setup may be to have each element housed discretely, but as far as portable players for audiophiles goes, the ZX1 may be one of the best bets until Neil Youngâs powerful player comes along.

Going after audio enthusiasts may be the smart choice for Sony as dedicated audio players die off in favor of smartphones. But in a day when compressed, streaming music is king, any dedicated player is going to have trouble proving its worth â even an iPod.

A bunch of other interesting products were added to the database this week:

If you want to learn more about any of the products mentioned above, all of our information on them can be found through the database box located beneath the article. For more on cellphones, headphones, and just about every product around, you can check out the full Verge Database right here.