If you're a console gamer, you've got a tough choice ahead of you as both the Sony PlayStation 4 and the Microsoft Xbox One are going on sale this November. Choosing which next-gen system to buy is no easy task — even for long time gaming diehards. Unsurprisingly, Microsoft wants you to buy its new hardware instead of a PS4, which is why the company is going to hit the road for its "One Tour." The road trip kicks off on October 1st and runs through the end of the year, allowing people to try Xbox One for themselves at each stop.

While the tour will give Microsoft a chance to preach its Xbox One gospel and show off it's new console, the company will also use the One Tour as a chance to sell new Xbox One games. Titles include Forza Motorsport 5, Ryse: Son of Rome, Killer Instinct, and Dead Rising 3 — however, the company isn't clear as to whether or not you'll be able to buy these games at its events before the console goes on sale. The Tour will be broken into two parts — "Area One" and "Test Drive." Area One will consist of parties thrown in 13 different cities and complete with live bands and a chance to play Xbox One. Test Drive will be a bit easier to find, with 175 different stops at various music festivals, college campuses, and shopping malls in the US, Canada, France, Germany, and England. To see if the Xbox One Tour is coming to your city, head over to xbox.com/onetour. 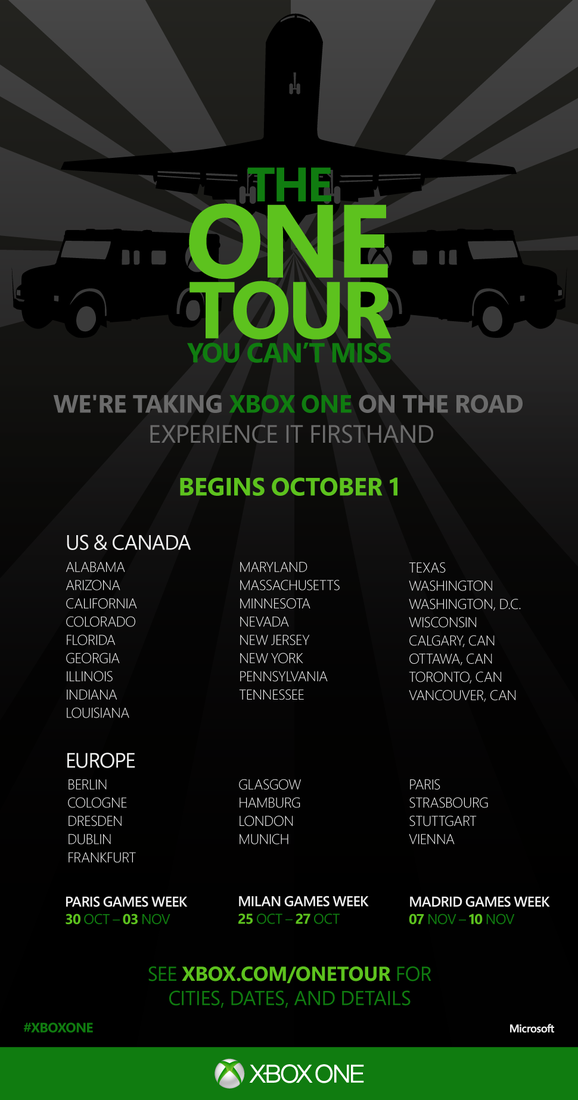