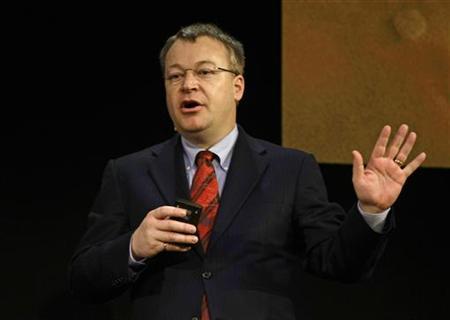 He strikes at a moment of vulnerability, like a great pickup artist, he seizes the vulnerability, and exploits it masterfully to squeeze himself into somewhere where he doesn't belong. Stephan will always be known in the future as the great hero of Microsoft, vanquisher of Lotus, crusher of Symbian, destroyer of Meego, protector of Pureview, lord of fried chicken, master of Macromedia, and the emperor of the Microsoft-Nokia union.

Hailing from a small town in the frigid norths of Ontario, Elop was a promising young man. He must have been an intelligent young man, he was admitted into McMaster engineering, and completed his studies in engineering. McMaster has the distinction of being one of the very few schools on earth with an active nuclear reactor on campus. Stephen must have soaked up quite a bit of radiation in his university days, and this provides the backdrop for for our hero's origin story.

Every hero has that great event early in life, that defines his career. For Alexander the great, he subjugated the Greek city states when he was 16 that showed him the awesome power of a heavy cavalry charge. For Cecil Rhodes, it was his experience in the American Civil War that taught him the capabilities of modern weapons and tactics. For our hero Stephen, it was his involvement in introducing internet into Canada that helped define him as who he is. He was one of the pioneers who layed internet cable connected into the IBM global data network, bringing internet to Canada.

Elop started his career at Lotus, in the consulting department. It was here, when he first faced off against the Office legions. The Microsoft Office legions was the greatest force of the time. Elop was a top lieutenant in the rag tag rabble that Lotus called an army. At best, Lotus could only conduct a holding action, staving off final defeat. But alas, people should known when they are conquered, and when the tide began to turn, Elop jumped off the burning platform for the first time, and became a lord of fired chicken.

After jumping out of the failing enterprise that is Lotus, Elop joined the fried chicken industry and became the CIO of Boston Chicken. But alas, all the "informations" and the "synergies" can't save the joke that is Boston Chicken, Boston Chicken went bankrupt in 1998, and Elop jumps off the burning platform the second time, into Macromedia.

Stephen had a very successful run at Macromedia, it was at Macromedia where he first became one of the most influendtial figures in tech. Remember the .com bubble? Elop was one of the central figures. He was responsible for the strategy that led to the creation of flash, dreamweaver, and cold fusion. 3 technologies that are fundamental in the development of the internet and the creation of the .com bubble.

Elop's brilliance in his online strategy allowed the early internet to flourish. Sure, nowadays, with all the "ASP.nets" and your "PHPs", you might think that meh, Elop's creations were not such a big deal. But back in the day, there were people out there who thought of him as a visionary, as a savior, and as the future king of the world. Hell, ask any 90s .com man to choose between Steve Jobs, and Stephen Elop, 9 out of 10 will choose Elop.

Elop's strategic underpinnings in his vision of the world wide web is impeccable. His support of flash meant that for the longest time, the world had a standard platform for rich applications. Elop's push for Dreamweaver as the industry standard meant that for years, both hobbyists and professionals had a powerful and easy to use tool, that allows anyone and their mothers to create their own websites. And as the "inventor" of Cold Fusion (ok, Elop "invented" Cold Fusion in the sense that Jobs "invented" the iPhone), Elop led the charge in spreading the dynamic web, and was instrumental in the "Pax Macromedia" of the late 90s to the early 2000s.

After years of hard work, our friend Stephen finally became the Lord of the Internet (aka, CEO of Macromedia). However, at the time, a takeover was on the horizon, and soon after becoming CEO, Macromedia was acquired by Adobe. Our hero Elop than jumped ship to the mighty republic of Microsoft, taking control of its elite office division.

Part Three: Clash of the Titans

For the longest time, there was an uneasy peace between the two titans of tech, IBM and Microsoft. After acquiring Elop's old company, Lotus, IBM did not really attempt to challenge Microsoft in the office arena. Microsoft on the other hand, never really attempted to battle IBM in their core competency, enterprise middle-ware.

But alas, with the really controversial Office 2007, IBM fired a shot across Microsoft's bow with the launch of Lotus Symphony. Lotus Symphony was the first product in years that even attempted to challenge Office's domination, something that hasn't been done by a major company in years. It was common knowledge that such a challenge must prove to be futile, and thus for over 10 years, there was no credible competition to Microsoft Office.

IBM has launched the assault into one of Microsoft's core businesses. They released Lotus Symphony, and since it was built on open office, IBM poured their stacks of cash and army of developers into Open Office. This was the first competition office has faced in years, and when the competition is big blue, other lesser men must have fled in the face of such staunch opposition.

Stephen stepped up to the plate, and knocked a home run with Office 2010. It was hailed as the best version of office ever, an amazing piece of productivity software, and the greatest sequel ever. Elop just showed the developers of Call of Duty and Dynasty Warriors how to make a real follow up to a piece of block buster software. IBM saw the tide turning, and quickly folded their hand. Lotus Symphony was dead, open office was fractured, and Microsoft ruled productivity again.

Elop even managed to gain a beach head in middle-ware. Long considered the core of IBM. Elop pushed hard for Microsoft dynamics, sharepoint, and other pieces of enterprise software. No longer can IBM rule middle-ware, they have to first tooth and nail to defeat Microsoft on their own turf.

Late 2009, early 2010, Elop was in discussions to bring Microsoft software to Nokia phones. This was when he started to get to know Nokia, and allowed Nokia to take interest in him, leading to his greatest battle, his Magnum opus.

Ok, so this is where our story diverges. Some say that Elop was the great infiltrator, the trojan horse. Other say that he was acting in Nokia's best interests, and saw the futility of Symbian and Meego. At this point, I would argue against the trojan horse theory (If he is still on Microsoft's payroll, the board of directors would have never approved of him taking over).

But alas, our hero arrives at Nokia in late 2010 to see it in shambles. Under Olli-Pekka Kallasvuo's leadership, Symbian has effectively collapsed. The coalition has collapsed, Motorola, Samsung, and Sony Ericsson have all abandoned Symbian, and the rest of the Symbian OEMs adopted Symbian ^2, a completely incompatible platform than Nokia's Symbian ^3.

As much as I love Symbian, I cannot defend its position in 2010. Arguably, Symbian was in a worse state in 2010 than webOS. Earlier in 2009, OPK once proclaimed that Nokia was a software powerhouse, with more developers than windows itself. Yet Symbian ^3 was so poor, Jo Harlow (head of smart devices) herself had to come out and apologize to early adopters.

Elop's decision to go with Windows Phone was an extremely controversial one, but I do understand his decision. It is easily the best choice from Nokia's perspective. After all, Nokia always thought of itself as a "cut above the rest", never competing in "commodity" hardware. They would never, ever go into Android, and use the same software as lesser OEMs like Samsung and LG. Hell, even back in the old days, when Nokia was the ruler of Symbian, they went with their own software platforms, and never bothered to "compete" with Sony Ericsson, Motorola and the rest on UIQ. This level of arrogance was probably unfounded, but that was the Nokia mentality for the longest time. Windows phone allows Nokia to get out of the OS making game, which I think was a great decision. If you believe the Elop was a trojan horse, than of course, he would go with the Microsoft solution. If you believe that Elop was genuinely working for the good of Nokia, I would also argue that he made a good choice to go with Windows Phone.

Elop really revitalized Nokia innovation in his reign. Back then, there was an amazing amount of innovation sitting in the labs, almost never making it into production. Don't believe me? Look at the Nokia beta labs! There are tons of amazing concepts in there that never made it into production, and that was just Nokia's software division. Under Elop, an amazing amount of innovation actually made it into production, and unlike the "old Nokia", where the innovative stuff was on the absurdly overpriced flagships, Nokia became price competitive in the high end for the first time since the n95 with the launch of the Lumia 920. I picked mine up for 500$ off contract with Rogers, an amazing price considering the piece of kit that I was getting.

The rumors of an impending acquisition of Nokia started early. The first time such a rumor broke was back in June, talks supposedly ended, without any progress. But the abdication of dictator Ballmer changed it all, Microsoft was now looking for prime talent to take up a leadership role, and to lead the company down a pathway to victory and glory.

In order to get Elop back, the mad king Ballmer, in his last great decision, spent more than seven billion to buy half of Nokia, and effectively made Elop his heir.

Elop is the perfect man to lead Microsoft. He was one of the greatest figures of the internet revolution. I am confident that of all the great websites that you see today, like google, facebook, twitter, yelp, expedia, the verge, etc. The majority was probably created on his creation, Dreamweaver. His other creation, Flash, is on more than a billion devices, and is the plugin of choice for online game and rich application development. Cold Fusion was so successful, that during the .com bubble, it seems like every single damned e-commerce site that was sprouting up was built on it. How many people can proudly say that their creation led to one of the biggest economic bubbles in history?

His great success in leading the Business Division just shows his uncanny ability to maneuver and manipulate himself into an unfamiliar front, lead the charge, and give no quarter. Not even the forces of the big brother of tech, IBM can dent the Elop led office legion. His assault into middleware and management software makes even the most mighty SAP elite tremble. He even out shined the entrenched Windows Division, the business division overtook windows to become the most profitable in Microsoft.

Obviously Elop with take the reigns of Microsoft, and he WILL "crush all enemies, see them driven before him, and hear the lamentations of their women!!!!!!"

Photoshop some tears into this please? 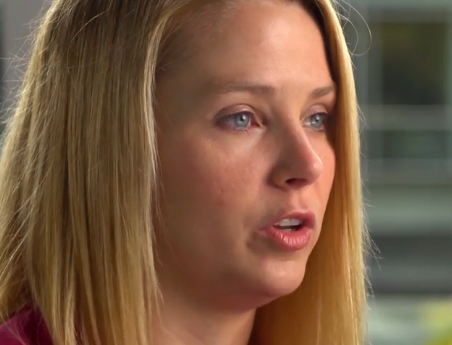 I can imagine him singing: 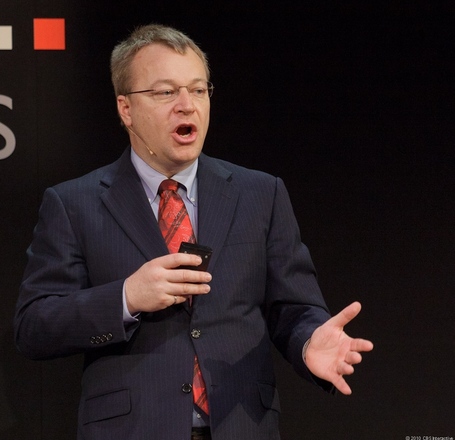 And this time will be bigger,
And brighter than we knew it.
So watch me fly, we all know I can do it..."