Microsoft is currently preparing a Windows Phone 8 update to support 1080p devices, but a leaked screenshot has revealed just how the Live Tile user interface will scale to upcoming large-screen devices. Twitter account Evleaks posted the Windows Phone screenshot earlier today, and The Verge is able to confirm its authenticity. It shows the tiled arrangement with an extra column to the far right, and extra room for additional rows of pinned applications.

The UI scales as you'd expect, but the 1080p support could certainly lead to more clutter on the Windows Phone Start Screen. Although the arrangements in the leaked screenshots are largely in squares, it appears that Microsoft will stick to its large, medium, and small tiles for Windows Phone. The software maker is tweaking its Live Tile arrangement in Windows 8.1 to include small, medium, wide, and large formats. That new format doesn't appear to be making its way to Windows Phone just yet, as Microsoft works closer to combine its Windows RT and Windows Phone operating systems in the future.

The screenshot also reveals a new Storyteller application, but little else in terms of updates to the Windows Phone UI. Nokia is largely expected to unveil a 6-inch Windows Phone, codenamed Bandit, in the coming weeks. The company has tentatively scheduled a New York event for September 26th, where The Verge understands it will unveil a Windows RT-based tablet ahead of the Windows 8.1 release on October 18th. 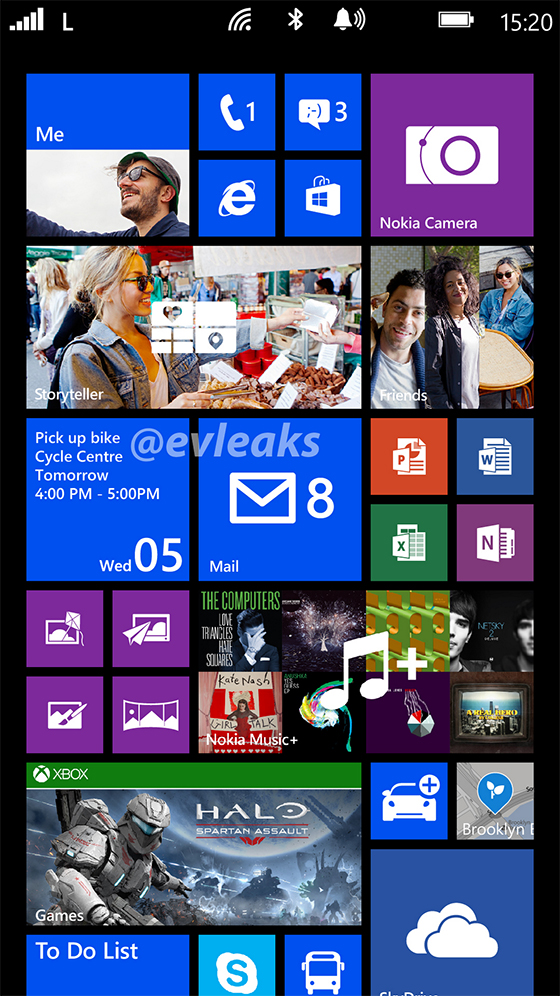