As Sony's September 4th event approaches, it looks as though there's very little left for the company to reveal. After first emerging a month and a half ago, Sony's lens camera accessories, which are said to turn any Android or iOS phone into a high-quality point-and-shoot, have leaked time and time again. Today's leak is the most comprehensive yet: a full set of 24 press images, courtesy of Photo Rumors. The images show the mechanism the lenses will use to attach to smartphones, and also contextualize the size of the attachments better than before. One image, shown above, appears to show a phone case that presumably features a special attachment for the lens camera. 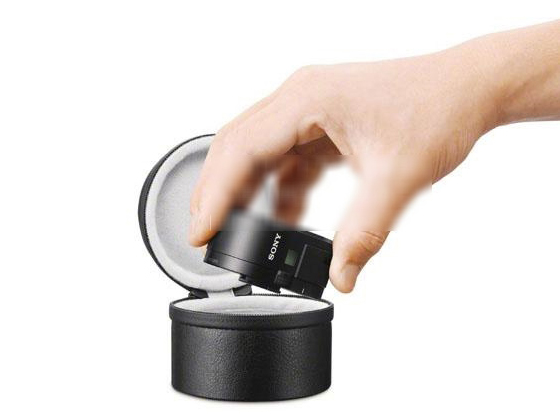 To recap, it's reported that Sony will announce a pair of lens cameras this week. Sony Alpha Rumors, which before today had been responsible for all of the leaks, believes the QX10 will cost $250 and feature a 1/2.3-inch 18-megapixel sensor paired with an f/3.3-5.9 lens. The QX100 will reportedly cost $450, but that extra $200 will get you a high-quality 1-inch 20.2-megapixel Exmor R sensor and a f/1.8-4.9 Carl Zeiss lens. To put those specs in context, the QX10 is equivalent to Sony's WX150 camera and the QX100 takes its parts from the much-loved RX100m2 — you can check out both those models in our product database below. For the full set of images, head to Photo Rumors.