Debt and taxes: why a wave of big tech deals is on the horizon

Debt and taxes: why a wave of big tech deals is on the horizon

As the economy recovers and interest rates rise, cash-rich companies are looking to spend

What does Microsoft's $7.2 billion purchase of Nokia have to do with Verizon's $130 billion repurchase of its own business from Vodafone? They reflect the end of a period of historically low interest rates in which debt was cheap and big companies' stockpiles of cash ballooned. As the financial crisis recedes, tech giants are eager to put that money to work, and they want to do so before rates increase.

"Companies see that the train is leaving the station.""Corporations around the world have been amassing cash since the 2008 crisis," says Eric Jackson of Ironfire Capital. Over this same period the US central bank pushed interest rates down to try and stimulate the damaged economy. But in recent months the Fed has been showing signs that it will taper off this support. "Now companies see that the train is leaving the station with regards to record-low interest rates. Many are realizing that they can either choose to act and make transformative large acquisitions, or miss their shot."

Verizon paid substantially more to buy out Vodafone than it wanted, but the price was made more affordable because the interest rate on the money it had to borrow was so low. "Verizon has wanted its stake back for years but the price has always been too high," says Jackson. "Do they pay $130 billion now with lots of debt or pay $200 billion in a few years at higher interest rates?" Verizon CEO Lowell McAdam asked, confirming this rationale to The Wall Street Journal. "The opportunity really crystallized because of the capital markets. It was really a perfect storm from the financial perspective, on the positive side." 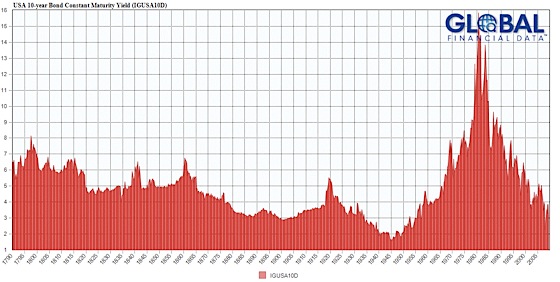 The distorting effects of cheap debt on tech companies' actions can be seen clearly with Apple as well. As The Verge reported in April, it was actually more efficient for Apple to issue $17 billion in debt to buy back stock than it was to use part of the $145 billion it had on hand. This is partially because bringing overseas cash back into the states means having to pay taxes, a much higher rate than interest. Meanwhile international pressure is growing to put an end to the loopholes that allow companies to shelter cash in foreign accounts.

"This is the sort of after-the-fact hubris."Microsoft, like Apple, has built up massive foreign reserves. It doesn't need to take on debt to buy Nokia, but its purchase is a reflection of the same fundamental factors that drove Verizon to buy out Vodafone. As Barry Ritholtz, CEO of Fusion IQ, explains, psychology plays a huge role. "We have a tendency to see a lot of activity happening at the end of a cycle," he said. Microsoft amassed more than $60 billion in cash reserves that it holds overseas. Now that the overall economic picture is improving, it has the confidence to spend. "This is the sort of after-the-fact hubris and buying spree that often accompanies an economic recovery."

Many expect more big deals will get done in the coming months. "Apple, Cisco, and many others are also in this same boat," says Jackson. "I expect we will continue to see lots of foreign M&A as well as mega-mergers before the end of the year."