See the very first images of a hydrogen bond

See the very first images of a hydrogen bond

Chemists have long known what a hydrogen bond should look like, but until last week, most hadn't actually seen an image of one. Now, researchers from the Chinese Academy of Sciences have been able to visualize a hydrogen bond using atomic force microscopy, a technique that can deliver higher resolution than even a scanning tunneling microscope. The Royal Society of Chemistry reports that the imaging technique involved oscillating a probe over the molecules at the resonant frequency of the surface beneath them. By measuring the difference in frequencies between the surface alone and the one with the molecule, the researchers were able to create a highly precise image of the bond. 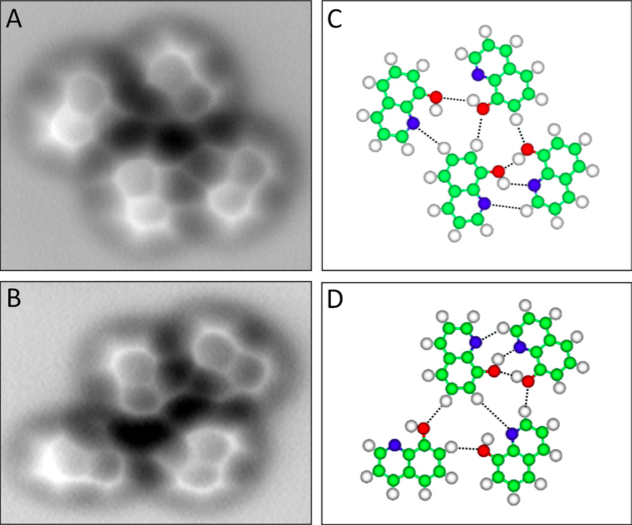 A similar imaging method was used just this May, when a separate group of researchers was able to capture atoms forming a covalent bond for the first time ever. This new work expands upon that with its exploration of hydrogen bonds specifically, and was first detailed last Thursday in a paper published in Science.