Facebook Graph Search gets more useful with comments and statuses

Facebook is about to make Graph Search a lot more powerful. Though the service has been able to query fixtures of your social graph — including likes, personal details, and photos — until now it hasn't been able to index what you or your friends wrote in comments or status update. But Facebook is now starting to roll out an update that will allow users to search for anything that's been written about, so long as it's currently shared with them. The feature will begin appearing for some users later today, though in true Facebook fashion, it'll be a slow rollout from there.

Search for any comment that's been shared with you

The new searches should work just like existing Graph Searches, allowing users to narrow down their results by adding in people, places, timeframes, and other details that have to match up. While before you could search for friends living in your home state who like Breaking Bad, now you'll be able to find out which of those friends are also writing about Breaking Bad, or even the friends who also tagged their post with "#heisenberg." 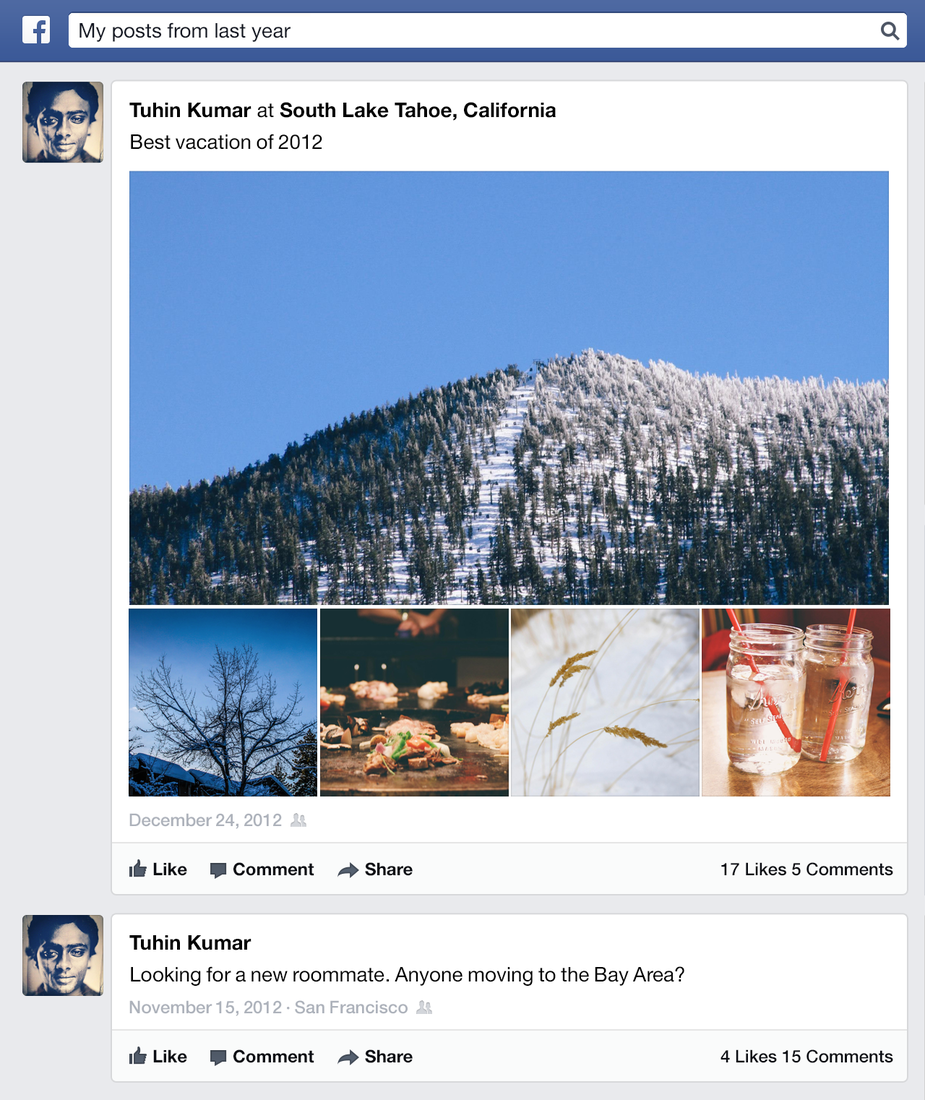 Facebook finished rolling out the initial version of Graph Search to all US users over the summer, after initially announcing the feature back in January. The company promised back then that more complex search features — like today's comments and status updates — were on their way, but didn't give a more specific timeline than "the coming months." Other search options like what music your friends have been listening to should still be on the way, though Facebook hasn't mentioned them again just yet.