Sorry for your loss: Hallmark struggles to update its card empire

Share All sharing options for: Sorry for your loss: Hallmark struggles to update its card empire

At some point before 2013 ends, you’ll have celebrated your birthday, numerous other holidays, and many life-changing experiences good and bad. But whoever you are, on all those days, the people at Hallmark Cards hope their products were there too. Yet as people have embraced mobile phones and the internet as the dominant ways to communicate, the popularity of the paper greeting card has eroded, especially among young adult consumers.

In the US, total greeting card industry revenue declined 5.4 percent in the past five years, slightly better than the tailspin in newspaper ad revenue. For Hallmark, the shift away from dead-tree media is a multibillion-dollar conundrum: how can it continue to squeeze profits out of its dwindling paper card sales, while expanding its brand into lucrative digital products?

“Our primary customer today is someone who’s been using our product for years and years,” says Paul Barker, vice president and general manager of Hallmark’s digital division. “But most people think of Hallmark today because of the presence we have in the analog space ... We don’t have a lot of presence in the digital space.” Hallmark’s analog presence is unmistakable in Kansas City, Missouri, the site of its world headquarters. It’s the city’s third-largest employer, and owns one of its largest expanses of commercial real estate, a glimmering white hotel and office complex known as Crown Center.

Hallmark is furiously trying to make digital inroads around the world, though, with a vast array of new technological ventures: upwards of 20 apps for the iPhone and iPad; sound-activated robotic toys; 3D printers and laser cutter machines, the latter of which Hallmark’s 3,200 full-time employees in Kansas City use to craft prototypes of cards and toys.

Hallmark says these experiments have yet to bear fruit for the company. "While digital tools generate a lot of news and chatter, as an actual business opportunity they remain a fraction of the paper greeting card and gift business," Hallmark spokesperson Linda Odell tells The Verge. However, Odell points out that many of Hallmark’s other analog products are doing well still, too, including ornaments, Hallmark subsidiary Crayola, the Hallmark Channel and the Hallmark Movie Channel on cable, and the gift wrap business, which Hallmark claims it invented in 1917.

So Hallmark is far from imminent collapse. It counted $4 billion in revenue last year, and commands a dominant 44.4 percent share of the combined US paper and e-card markets, according to retail research firm IBISWorld. The next-closest competitor — American Greetings in Cleveland, Ohio — has 16.7 percent of the market. But the entire industry, which includes over 200 companies, is getting smaller: IBISWorld projects US revenue to decline further from $5.4 billion last year to $4.3 billion by 2018.

More incredible than Hallmark’s earnest efforts to move beyond the greeting card is that the company was able to build an empire from folded-up pieces of paper in the first place. But back 103 years ago, when the company was founded by teenage postcard salesman Joyce Clyde Hall, snail mail was the most reliable way to stay in touch with distant family and friends. 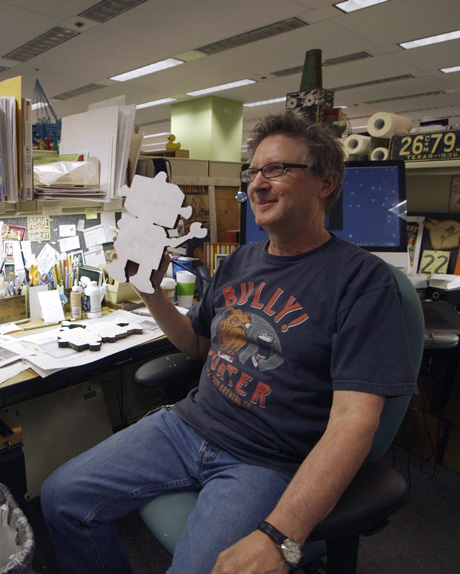 Hallmark is furiously trying to make digital inroads around the world

For its first 90 years, Hallmark displayed incredible business savvy, securing a licensing deal for Disney characters in 1932 that continues to this day, launching a popular (if sappy) TV series called Hallmark Hall of Fame in 1951, and introducing ornaments in 1973, which have gone on to become a "significant portion" of the company’s business, Odell says. (Because Hallmark is still privately held, it releases few financial details, and selective ones at that.)

In the 1980s, Hallmark created a sprawling chain of "Gold Crown" stores to hawk its wares. But trouble began around this time, too, as the company belatedly moved to cater to specific demographics, launching whole lines of cards targeted at African-Americans ("Mahogany"), and Jews ("Tree of Life"). It experimented with darker humor through a line called "Shoebox," featuring a surly elderly woman character named Maxine. And it struggled to keep consumers away from cheaper cards offered by supermarkets, only to later make deals to be stocked next to them in the 1990s.

At its peak in the early 2000s, Hallmark employed about 20,000 people around the world. But for all its success in the physical world, Hallmark hasn’t yet cracked digital. 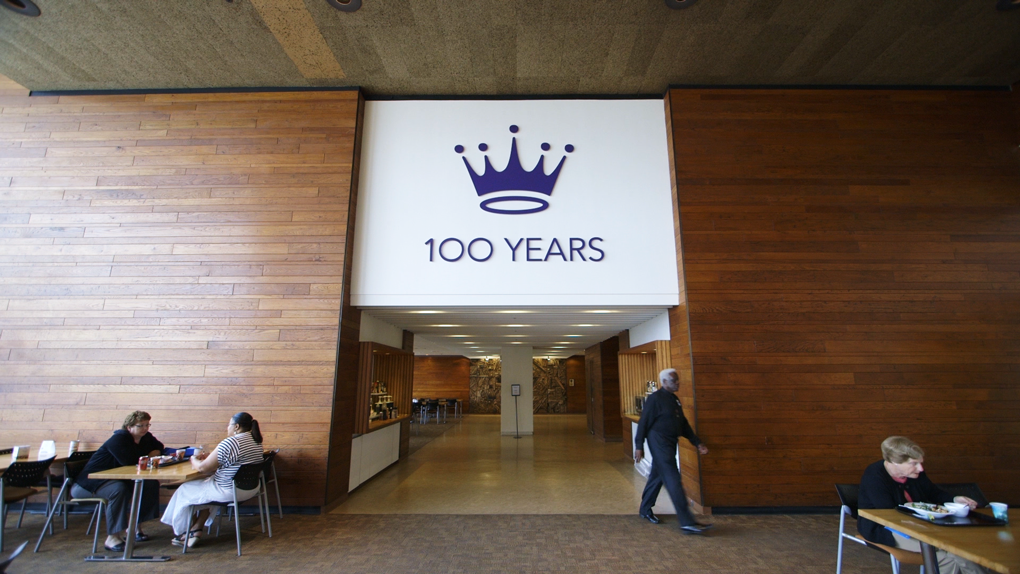 Take e-cards, which Hallmark now offers in droves, but that it came to somewhat belatedly. The person who pioneered the e-cards industry as we know it today didn’t have any greeting card experience. It was Judith Donath, a faculty fellow at Harvard’s Berkman Center for Internet and Society, who as a postdoctoral student in 1994 launched a website called "the Electric Postcard."

The site allowed users to send simple HTML cards through emailed hyperlinks. It contained many ingredients that were a perfect fit for the early internet: arresting psychedelic images (by Donath’s friend, artist and early web cult-figure Howard Rheingold), vintage photographs, and acerbic humor in the form of a surly "postmaster" character who signed the emails. This was actually just Donath, imitating the attitude of mail carriers near her 1970s home in New York City’s East Village. "It was meant to be a parody of the postal service," she tells The Verge.

The electronic postcard started off slow, delivering only 10 to 20 cards in its first few weeks, but by 1996 it had sent over 1.7 million, all out of Donath’s own personal server, a huge number given the relatively few people online at the time. Donath put the source code online for anyone to use, and sure enough, 30 to 40 imitating websites soon popped up, including some offering e-greeting cards. Importantly, nearly all of the early ‘90s e-cards were free. "In the ‘90s, there wasn’t much paid content online at all," Donath recalls.

Late to the party

Late to the party

In late 1996 Hallmark launched its first website, additionally offering a handful of free e-cards. But it was also pouring far more time and money into paid tech products that didn’t catch on, including touchscreen kiosks for printing custom cards at stores and greeting card-making software on CD-ROM. Finally by the end of 1999, in a fit of dotcom-bubble enthusiasm, Hallmark decided to offer all its e-cards online to customers for free.

That’s when Hallmark began laying hundreds of employees off every year. Between 1999 and 2008, it let go of a quarter of its workforce. Today, it has 12,000 full-time employees worldwide. Just last month, it announced another round of layoffs. 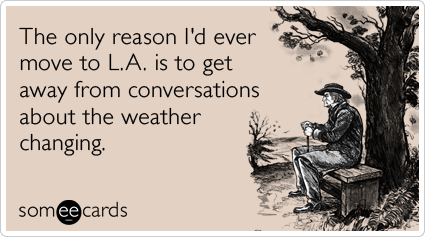 Hallmark executives and employees point to all-too-brief moments when the company was ahead of the curve; it bought early Apple computers in the 1980s to train artists with graphics software and launched a Facebook page in 2009 for fans to submit their own greeting card ideas. None of these efforts have moved the sales needle much, however.

Meanwhile, Hallmark’s current e-card business pales in comparison to a popular upstart: Someecards. You’ve seen these around the web: witty, often profane messages over pastel-colored backgrounds, stuffy Victorian cartoon characters that subvert Hallmark’s entire image. And the website where they originate, which launched in 2007, is far more highly trafficked than Hallmark’s, according to Alexa. "I think Someecards, along with all the other ways people communicate today (Facebook, SMS, Twitter, etc.) all play a role in eating away at the paper greeting card industry," says Duncan Mitchell, Someecards’ CEO.

Hallmark still has one thing going for it: nostalgia

Nonetheless, Mitchell isn’t willing to say the paper greeting card is doomed quite yet. "I think predicting the demise of such a large industry would be a mistake," Mitchell says. "People will always be looking for smart, cute, and funny ways to share messages, so there will always be a role for companies to try and create that content and facilitate its sharing."

Hallmark still has one thing going for it: nostalgia. "Hallmark has long been recognized for creativity, quality, innovation and brand leadership," Odell says. But it’s hard to envision that role being big enough to support Hallmark’s current size. Plus: leaner, edgier competitors are waiting in the wings. "Maybe if we get big enough, we'll just buy them," says Someecards’ Mitchell.