Pokémon Bank will store your pocket monsters in the cloud, for an annual fee

Share All sharing options for: Pokémon Bank will store your pocket monsters in the cloud, for an annual fee

Next month Nintendo will be releasing Pokémon X and Y, the sixth generation of the long-running monster battling series. And for those trainers who have amassed a huge lineup of pokémon over the years, the company just announced a new feature: a cloud storage service called Pokémon Bank. A downloadable app for the 3DS, Bank lets you store up to 3,000 creatures online for safe keeping. A sister app called Poké Transporter was also announced, which lets you transfer pokemon from previous DS games to the cloud as well, so that they can either be stored or transferred into the new game. 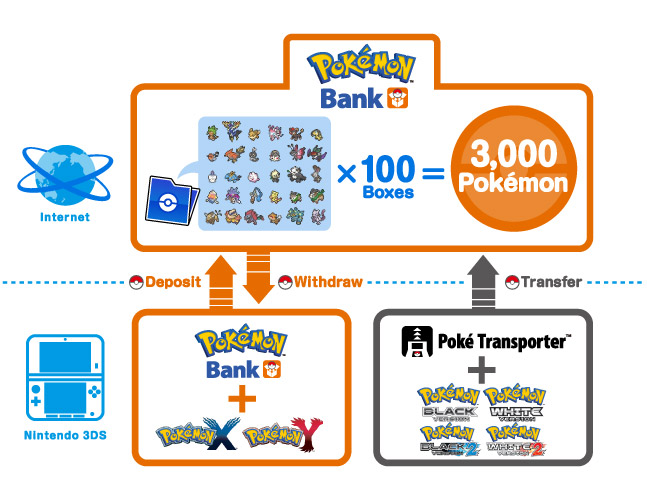 Both apps will be free to download, but Nintendo says the Bank service will come with as-yet-unannounced annual fee which "will allow the service to be maintained long-term so it can provide support for future Pokémon titles." A free trial will be available at launch. When Pokémon X and Y are released on October 12th, the number of available creatures to collect will jump past 700, and now you'll have no excuse not to catch 'em all.