Listen to Pocket with your phone in your pocket

Revealing its new Galaxy Gear today, Samsung proudly announced the smartwatch will have 70 apps available to users at launch. What it hasn't shown us in detail yet is how third-party apps will look and function. The popular read later service Pocket has just announced that it'll be among the first to support Galaxy Gear with a short preview of it's new app.

The Pocket app for Galaxy Gear will work in conjunction with the regular Android app, letting you have text read aloud to you through a text-to-speech function without taking out your phone. You'll also be able to favorite and archive articles straight from the watch. The Pocket app will be available when the Galaxy Gear launches in the US this October. 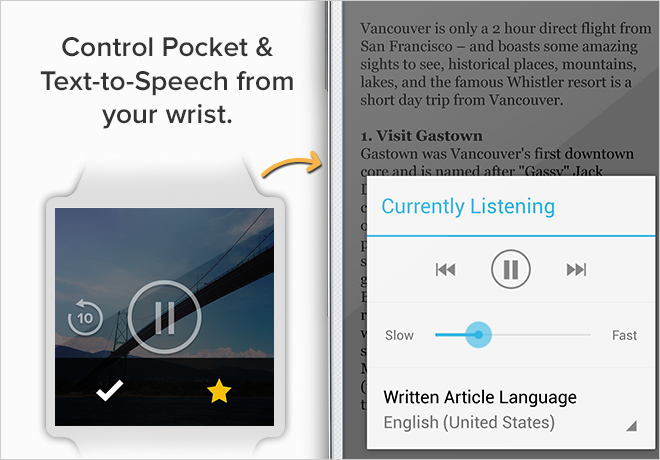 More from this stream Samsung at IFA 2013: Galaxy Gear, Note 3, and more