Three teenagers want to put a Google campus in every school

Thinkspace is an ambitious new project to make coding cool

Share All sharing options for: Three teenagers want to put a Google campus in every school

James Anderson, aged 16, wants to make coding cool. The teenager, along with a pair of students from his school in South West England, has created Thinkspace, an organization that wants to put a space for kids to learn coding in every school in the UK and beyond. It's an ambitious aim, but Anderson is starting small: this week, the group is launching its first two Thinkspaces in the UK. 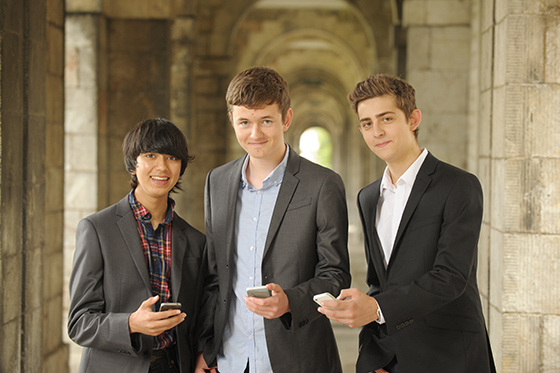 A tiny Google campus within a school

What is a Thinkspace? "Ideally, it's a room in a school that encourages kids to come and learn how to code, and how to create the apps of the future," Anderson tells me. Each Thinkspace must adhere to a strict "dress code" — think plain walls, Thinkspace logos, minimalist furniture, bean bags, large TVs, and modern computers — a tiny Google Campus within a school. "A lot of research went into designing Google's campuses, and there's a reason they're laid out like they are." The thought is that, outside of the confines a regular classroom, kids will be more engaged. "We want to inspire and promote creativity."

Kitting out schools with new furniture and computers is a noble goal, but it's not likely to change much without a dramatic shift in the British high school curriculum. Luckily, Thinkspace's plans amount to much more than a lick of paint. The goal is for teens to collaborate on projects, share, and learn from one another. To achieve that, they've created a new social network: Thinkspace Social. 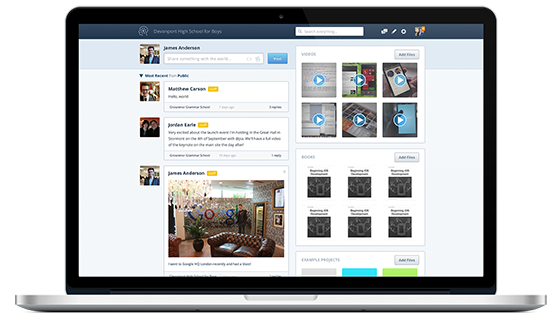 Setting up a social network when the internet is overflowing with established services might appear misguided, but Thinkspace Social isn't an attempt to take on Facebook or Twitter. Each participating school has its own micro-network, moderated by the teacher that signed up, and discussion is limited to apps, coding, and technology. It's a space for kids to share what they're working on, ask for advice, and help others. It's also a way for Thinkspace to spread. Although only two schools have physical Thinkspaces, schools around the world chose to participate in the trial of Social, including some from the US, Ireland, Switzerland, Singapore, and the Netherlands.

Thinkspace's launch video is like a who's who of tech

Despite only launching Thinkspace today, Anderson and his associates Ollie Bredemeyer and Kamram Malik have already gained the approval of some big names in technology. A video introducing Thinkspace to the world includes messages from Twitter CEO Dick Costolo, Foursquare CEO Dennis Crowley, Google's Vic Gundotra, Microsoft UK's Steve Beswick, and Apple Co-founder Steve Wozniak. They've also gained an important flag bearer in the form of Stephen Fry, a British actor and personality who fronted a primetime show about new technology on the BBC.

In addition to the celebrity endorsements, Thinkspace is also getting free hosting for a year from the web hosting company Rackspace. Getting such huge names on board is a testament to both the importance of educating the next generation of coders, and the effort Anderson, Bredemeyer, and Malik have put into the project. Since we first spoke with Anderson a month ago, we've received no less than an email a day — he's a tenacious individual, driven to succeed.

The goal is admirable, but Thinkspace needs to inspire to succeed

For now, though, Thinkspace largely remains an unfulfilled dream in the minds of its creators. They've achieved a lot by getting this far, but they need the first two Thinkspaces to be a success, kids to be inspired and get involved, and many more schools to sign up. Starting later today, schools can do just that. Thinkspace Social is still in private beta, but invites can be requested at thinkspace.co.uk/social/, and the full site will launch within a couple of weeks.