The web alone is not enough

Today, on Chrome's fifth birthday, Google is announcing the rollout of what it's calling Chrome Apps. Don't feel bad if you're confused by the name. Chrome has been serving up web apps since 2010 when the Chrome Web Store opened up alongside the launch of the Chrome OS. Chrome Apps, however, are different than what's been offered before. They comprise Google's bid to elevate the browser into a true app platform — one that it thinks could one day be a legitimate rival to Windows, OS X, and someday iOS and even Android.

The new apps look and behave much like the native apps you find on Windows and OS X. They're built using web technologies, but also with Chrome-specific code that means they won't be able to run on other web browsers — they're truly Chrome apps. A new class of appsThey can exist outside of your browser window as distinct apps, work offline, and sync across devices and operating systems. They can also access your computer's GPU, storage, camera, ports, and Bluetooth connection. Chrome Apps are, for now, only available through Chrome on Windows or Chrome OS on a Chromebook. Mac users will have to wait another six weeks before their version of Chrome will be updated. 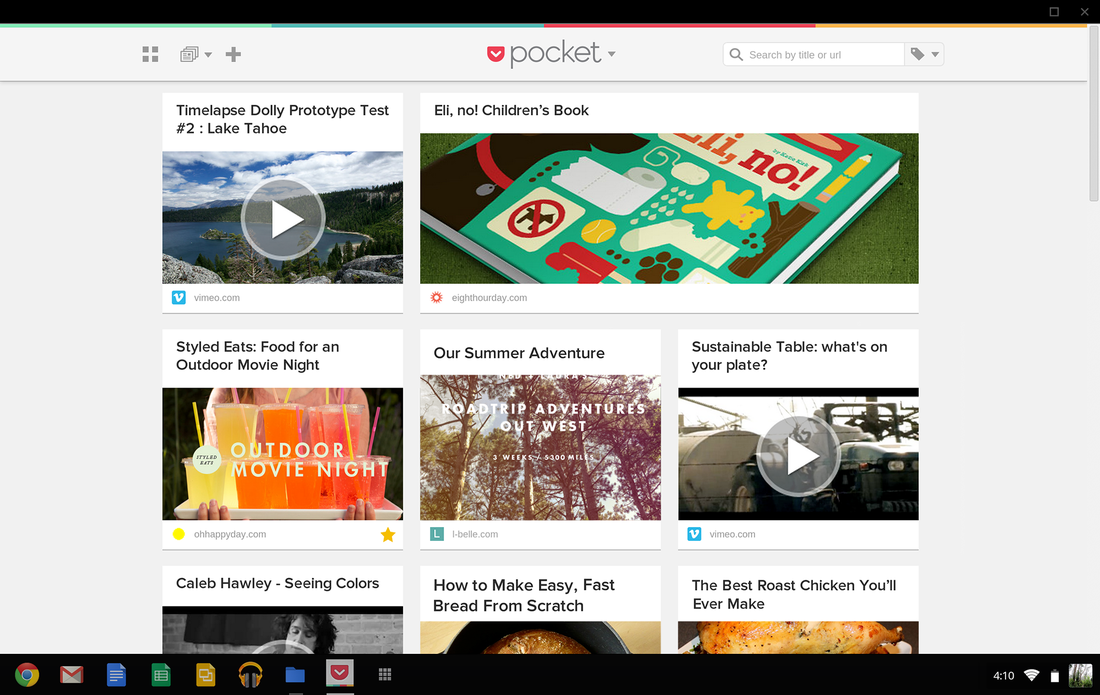 The Chrome team tells The Verge that its rather ambitious goal is for Chrome Apps to be so polished and so powerful that users can't decipher between this new breed of apps and regular old Windows apps. Chrome Apps are designed to help turn Chrome OS into a truly viable desktop OS instead of a de-facto second computer. "We want to make Chrome OS a full-fledged operating system," says Brian Rakowski, a Chrome VP. "We want to make sure there are no reasons it’s not the right product for everyone."

At launch, Google says that more than 50 Chrome Apps are available in the Chrome Web Store. While big-name developers aren't on board yet, the selection does at least show the potential for Chrome to grow into a legitimate platform. Pixlr Touch Up offers basic photo editing that wasn't native on Chrome before. Task-management app Wunderlist is slick and works outside of the browser window. Perhaps the best of the bunch is Pocket, which makes links you save while browsing the web available offline.

"Users may not even fully grasp what it means to be a Chrome App, and that's okay."

Chrome Apps amount to a Trojan horse for Google. By way of the Chrome browser, the company is essentially putting its own app ecosystem right on top of Windows and OS X. It's a play that's been months in the making. "There are still reasons why a developer would build a native app over a Chrome App today, but we're working to tackle each one," Rakowski says. Google began promoting a handful of Chrome Apps (then called Packaged Apps) in May. In July, its Chrome notification center was pushed out to Windows and Chrome OS users, allowing for alerts and pop-ups outside the browser window. And for months, Chrome's developer channels have shipped with an app launcher that lives in the Windows taskbar — this launcher rolled out to the public today too.

Even so, Google says it's not abandoning the web, merely adding more options for users. It doesn't have a specific agenda to push users into switching to Chrome Apps instead of web apps if the situation doesn’t call for it. "Users don't care what technology their apps are built with," says Rahul Roy-Chowdhury, a project manager overseeing the Chrome Apps push. "Users may not even fully grasp what it means to be a Chrome App, and that's okay. We want Chrome Apps to be so good you don't even realize it's something different."

"We're targeting the desktop as our first order of business because that's where the majority of our users are," he adds. "We want to nail that first. But our goal, eventually, is to get this to run everywhere that Chrome runs." According to StatCounter, about 42 percent of web surfers use Chrome, making it the most popular browser on the planet. Since Chrome is so ubiquitous, Roy-Chowdhury argues that it's an ideal avenue for app developers who want to reach as many users as possible. "At the end of the day, developers have a choice — do I build a web app, do I build a native app, or do I build a Chrome App," he says. "Building a different version of your app for each individual operating system takes time and gets expensive. So our hope is that, if you want to be on every platform, you'll build a Chrome App because eventually, you'll be able to run Chrome Apps everywhere." 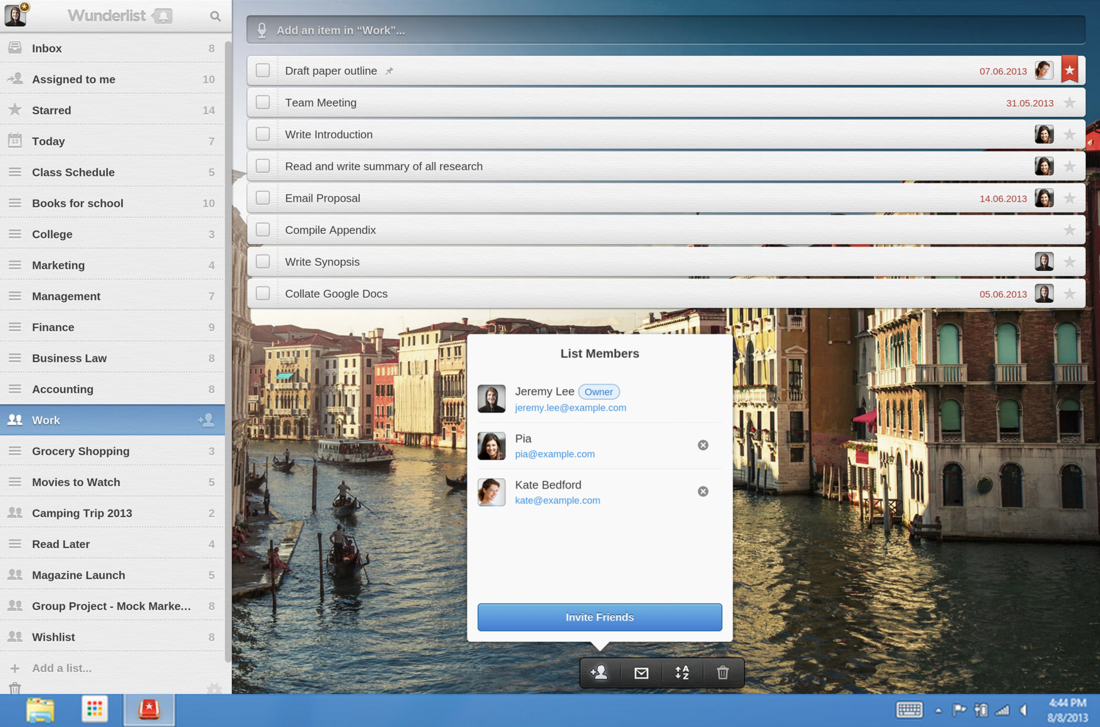 Currently, Chrome Apps are only a reality on the desktop, but the team says it has a long-term plan to bring the same technologies to mobile apps, and to deliver them through the channels consumers are used to — Google Play on Android and the App Store on iOS. "We don't want to recreate the wheel," Roy-Chowdhury says. "We want to build for the future, we want to build a platform that delivers apps that are available wherever you are, whatever OS you're on, syncing across all your screens desktop or mobile." Still, the team cautions that Chrome Apps on mobile devices won't be happening anytime soon. That's no surprise — as long as mobile operating systems have existed, true cross-platform development has been a nearly impossible problem to solve.

Mobile aspirations aside, Google is stepping back from the web standards approach Chrome has been known for just to pull all this off on the desktop. But the Chrome team said it's doing so not because it's giving up on web standards, but because some of what "We still believe in the web."it needs to do to compete with Windows and OS X calls for functionality that isn't appropriate for the web. That includes letting an app access a local hard drive or a USB-connected device, says Erik Kay, an engineering director who helped build the Chrome Apps developer tools. "We still believe in the web as much as we ever have," Kay says. "But this is the only way to write full desktop, native-quality apps for Chrome OS. Chrome OS is a big bet for us, so we want it to be every bit as powerful as a desktop operating system."

But Chrome Apps aren't the only major gamble Google is making when it comes to its relationship with the web. The Chrome team recently forked WebKit and created its own rendering engine, Blink. Both initiatives push Chrome into the territory of proprietary technologies. While all this remains open source and allows competitors to use what Google has built, the company runs the risk of de-emphasizing many of the web app standards it once championed. Chrome's chance to be the next great app platform is at stake, but so is its current place as the world's leading browser, as well as Google's own reputation as a proponent of the open web.

Developers and consumers will need to be convinced

Rakowski says both the Chrome Apps and Blink efforts are necessary if Chrome OS is to grow into a viable alternative to Windows and OS X. But so far, while the new Chrome Apps are novel and free from the browser window, none are revolutionary or close to the quality of desktop stalwarts like Photoshop, Apple's iLife line, or even Microsoft Office. Chrome Apps will have to match, if not surpass, these defining applications in order to prove that Chrome can be a real app platform, not just a browser. The potential and ambition are evident, but now the work of convincing developers and users to get on board really begins.