Computer silicon can move electrons fast, but researchers want to make something even faster. A team at Oregon State University has been working for several years now on a new type of electronics that could transport electrons "almost instantaneously." They say that it could ultimately mean the creation of "extremely high-speed computers" along with improvements to cellphones, TVs, displays, and microelectronics at large.

An eye toward super-fast computers

The research team has now revealed its latest work on the new technology, known as MIM diodes, and they say it will allow for finer control of how electrons move. MIM diodes function by sandwiching an insulator between two pieces of metal, and effectively shooting electrons across it using quantum tunneling. OSU's researchers have now turned MIM diodes, named after their simple Metal-Insulator-Metal structure, into MIIM diodes, which add another insulator into the sandwich. 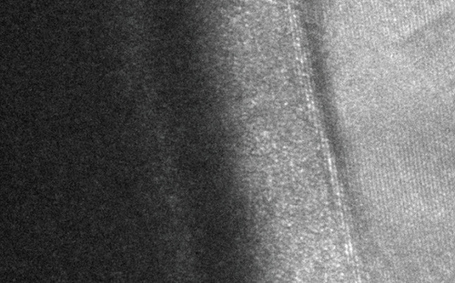 "This approach enables us to enhance device operation," says John Conley, Jr., who co-authored a paper on the team's research, which has been published in Applied Physics Letters. OSU says that its team was the first to create a high-performing MIM diode three years ago, and it believes that this is the next big step. "It ... moves us closer to the real applications that should be possible with this technology."