Inside the clock's rule over public radio and NPR producers

Inside the clock's rule over public radio and NPR producers

In the world of radio production, nothing carries more importance than the clock. Most shows that are broadcasted over public airwaves have a set template from which they rarely (if ever) deviate. The 99% Invisible podcast (which happens to be among our favorites) recently visited NPR to see how producers handle the pressure. Running long by a second or two can result in a show being cut off for listeners, and coming up short ahead of these scheduled "posts" — which divide segments of a program — presents other headaches.

There wasn't always such an obsession with precision and timing, though; as 99% Invisible discovers in its latest episode, production was far more freewheeling in the 1970s. Some who were around in that era insist shows were more spontaneous as a result, though not everyone liked the looser format. The entire podcast is worth a listen, whether you're a public radio devotee or just throw it on for the evening ride home. 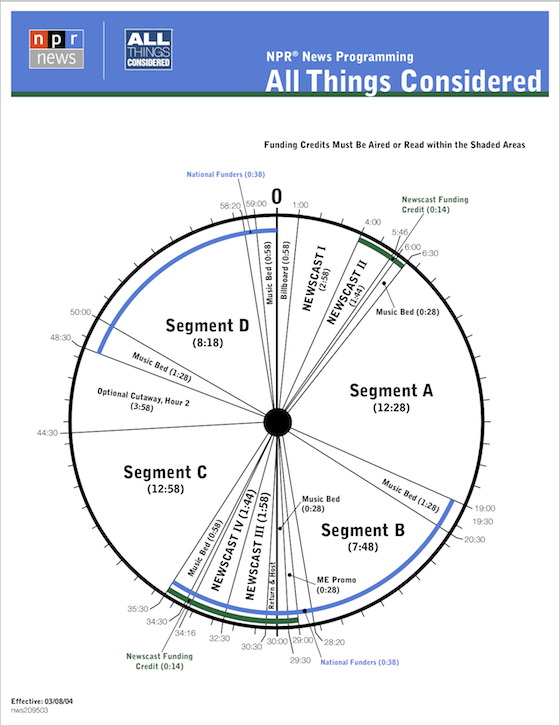