Share All sharing options for: One of the solar system's largest volcanoes discovered in the Pacific Ocean

One of the largest known single volcanoes in the solar system is right here on Earth. Researchers from the University of Houston have determined that a structure long-hidden beneath the ocean, Tamu Massif, is actually one large volcano — not a series of smaller ones. At just over 400 miles wide, it has an area that's about the size of the British Isles and compares to Mars' massive Olympus Mons, the biggest known volcano in the solar system. But despite Tamu Massif's gigantic size, determining what exactly it is has taken years.

"We knew it was a big volcanic 'something.'"

"We knew it was a big volcanic something," William Sager, the Houston team's lead researcher, tells The Verge. "The problem is we really don't know what’s out there. We can't see the structure very clearly." As Sager says, marine geologists are in a tough spot when it comes to observing their subjects — they can't exactly walk right up to them. 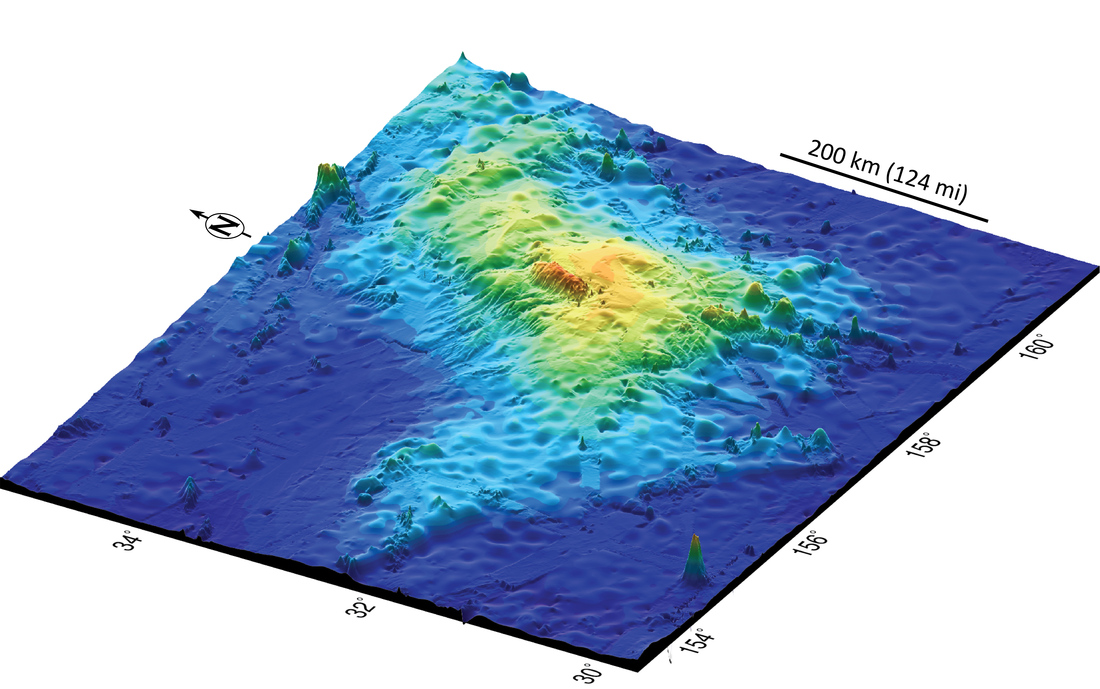 In order to find out what was beneath the ocean, Sager and others took a boat out into the Pacific and over Shatsky Rise, an underwater peninsula on which the volcano sits that lies around 1,000 miles east of Japan. Sound waves were bounced back and forth from the boat and through over a mile of water to the volcano, eventually returning enough information to develop an idea of what it looked like.

That alone wouldn't have been enough, however. The researchers also looked at samples drilled out of Tamu Massif's lava flows, which it took them over 15 years to get while waiting for a proposal to be accepted just to start drilling. Together, the seismic data and drilling samples — along with other measurements made throughout the years of work — allowed the team to see that the volcano's lava all flowed out of one central spot. Its shape is so wide and shallow that when walking on it, you might not even notice that you were going up or downhill.

"What we saw surprised us."

"What we saw surprised us," Sager says. "We would have expected to see different centers." Because Tamu Massif is so large, its magma likely flowed out in large quantities and traveled over long distances, allowing it to cool and build up to such a large size. It appears to have been formed around 145 million years ago, and gone inactive not long thereafter. "Before this we weren't sure that we had single volcanoes that could grow to this size. Now we do."

The finding will help researchers understand what's going on inside of the earth. On one hand, Tamu Massif shows what the planet is capable of, but on the other, it sets constraints on what researchers should be looking for. The research team's paper is being published this week by Nature Geoscience. "It’s a gee-whiz moment," says Sager. "It’s sort of like discovering a new species of whale that we didn't know was out there. It gives us a different perspective."