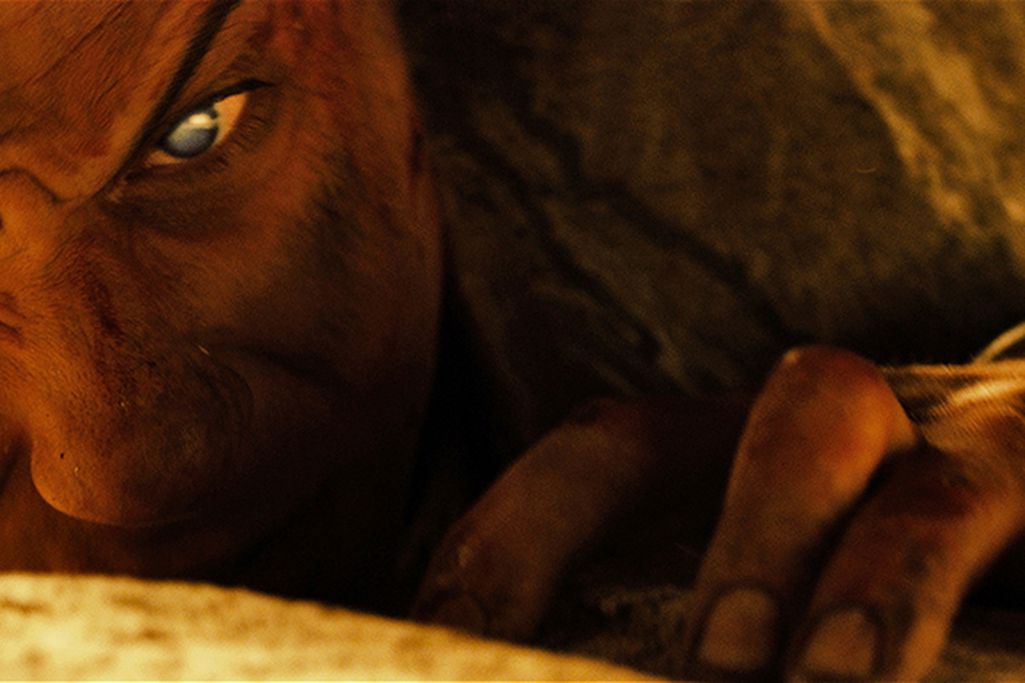 The Riddick Series has never been AAA cinema. 2000’s Pitch Black was a B-movie mash-up of sci-fi, horror, and action, while its PG-13 sequel The Chronicles of Riddick aspired to be more of a costumed action epic — and failed at the box office.

The character has maintained a loyal following over the years, however, and nine years after the last installment Diesel and writer-director David Twohy have stripped the character back to his R-rated essence with Riddick. The new film sets the stage for what could be a gleefully absurd genre ride, but the movie never quite finds its footing, missing out on the very elements that have made Diesel’s recent films so much fun in the first place. 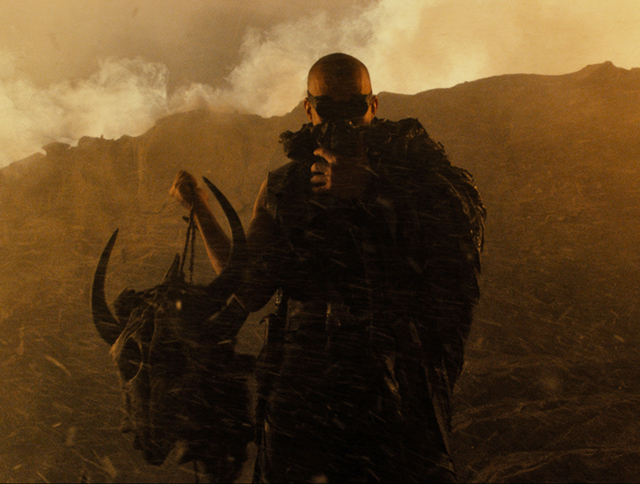 Left for dead on a barren planet

The plot, such as it is, is pretty straightforward. Years after The Chronicles of Riddick, our lead has been betrayed by the Necromonger Vaako (a fleeting appearance from Star Trek’s Karl Urban). Banged up and left for dead on a barren planet, Riddick slowly gets back into fighting shape, and in order to secure off-world transport he activates the emergency beacon at an abandoned outpost. There’s still a reward out for Riddick’s head, and two crews of bounty hunters come running.

The group led by Santana (Jordi Mollà) is full of bloodthirsty mercenaries in it for the cash, while the more refined crew headed up by Matt Nable’s Boss Johns has a slightly different agenda. Of course, Riddick is Riddick, so neither side finds it very easy to track down the escaped convict — and when a storm brings a torrent of vicious alien creatures into the mix all parties have to team up to survive. 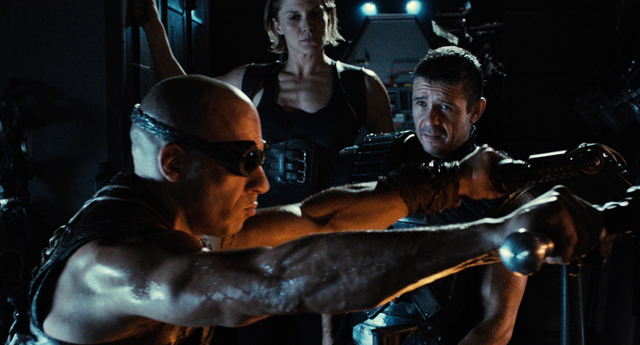 The mercenaries add a brief flash of life 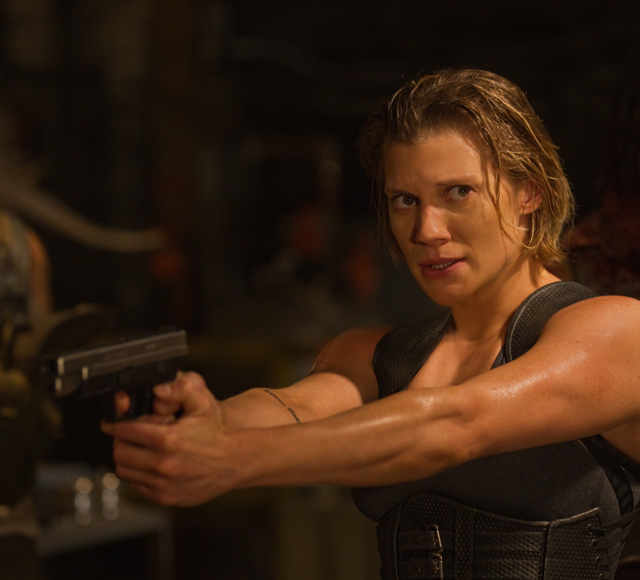 If it sounds like the same terrain as Pitch Black, you’re not far off. Swap a solar eclipse and Alien clones for a rainstorm and giant water scorpions, and the films bear more than a passing resemblance. But where Pitch Black took pains to slowly introduce audiences to Diesel’s character — building up a mystique that still lingers — Riddick assumes we’re on board right from the start. So instead we get to watch Riddick reset his broken leg. And train an alien dog. And collect venom from a scorpion creature. It’s a slow, tedious opening act, and even a satisfying action payoff can't undo a first impression that sets the tone for the entire film.

The movie briefly course-corrects with the arrival of the two mercenary crews. Mollà brings a scummy sleaze to Santana, acting like he’s the smartest guy in the room while events prove he’s anything but. Twohy mines the character for laughs and tension — a scene with an explosive lock is a hold-your-breath standout — and at its very best the vibe calls to mind 1980s genre classics like Predator. Boss Johns, on the other hand, is far less memorable, despite the character having a strong emotional tie back to the original Pitch Black. The other team members fare no better; even with the oversized presence of WWE star Dave Bautista, they’re simply pawns to be knocked over one by one.

And then there’s Katee Sackhoff’s Dahl. Sackhoff was one of the high points of the rebooted Battlestar Galactica. Her take on Starbuck was tough, smart, yet vulnerable — completely reimagining Dirk Benedict’s role in a way that ended up being neither a stunt nor a gimmick. As Boss Johns’ right hand, Dahl appears to be cut from similar cloth, but then Riddick veers wildly off course. Dahl is a remarkable sharpshooter and can throw a punch, but her primary function in the story is to be the subject of topless shower-scene objectification, or to serve as the target of rape threats — some uttered by Riddick himself. Yet in some kind of meathead movie alchemy, this somehow ends up wooing Dahl by the end.

Riddick is a movie about a buff guy with shiny eyes fighting water scorpions; nobody’s expecting a world-changing look at gender dynamics. But one thing that Twohy and Diesel have excelled at is making Riddick more interesting and nuanced than your average action thug. In Pitch Black Riddick was a violent killer, yes — but he also had a strong paternal side when it came to the young survivor Jackie. That protective streak carried over to The Chronicles of Riddick, but here it’s all but vanished. Riddick may love his dog, but that’s largely it — and the absence is palpable. Even the vague platitudes he spouts to Boss Johns about personal fortitude feel like weak placeholders.

It’s even more frustrating because the film does have some great moments. A bloody altercation that was teased this summer has a glorious payoff that takes things a graphic step further, and while Diesel looks considerably older than he did the last time around he still brings his trademark growl and menace. Twohy delivers visually as well, bringing in a stylish, large-scale look on a modest budget.

There’s little doubt that the character of Riddick is close to Vin Diesel’s heart, and with the new film both he and Twohy are trying to give fans the R-rated experience they want. In that rush to please, however, they seem to have pushed too far, losing sight of the balance of interest and investment that lets an audience get behind an antihero in the first place. Given the trilogy’s pedigree, it’s not exactly an earth-shattering disappointment, but it’s a shame we couldn’t see the same whirlwind energy that’s been present in Diesel’s recent successes directed into Riddick’s horror and sci-fi world. Maybe the return of Xander Cage will be better.

Riddick is now playing in theaters.