SmartGlass, which enabled Microsoft's Xbox 360 to communicate with mobile devices, came relatively late in the console's life cycle. But Xbox One has been designed to maximize interplay with your Windows, Android, and iOS hardware, Microsoft revealed today. The company is sharing new details on what the next-generation SmartGlass experience will entail. First, connecting your console and smartphone or tablet will be a much faster process. Whereas the original app controlled Xbox 360 through the cloud, SmartGlass on Xbox One talks to the console directly over your Wi-Fi network. Microsoft says the initial connection now takes just four seconds, and subsequent connections only get faster from there.

Players can also set up multiplayer matchmaking with SmartGlass; this helps cut back on mid-game interruptions, according to Microsoft. And up to 16 SmartGlass devices can communicate with Xbox One simultaneously, four times the maximum possible on 360. You'll even be able to look to SmartGlass for help if you get stuck at a certain section of a game. "SmartGlass follows your progress and knows exactly where you’re at and where you’re having trouble, so that when you hit the help button you’ll be given the tips you need," says Xbox Live general manager Ron Pessner, who leads SmartGlass engineering. Publishers will need to enable this functionality with individual titles, so we'll have to see how widespread support is at the console's launch. 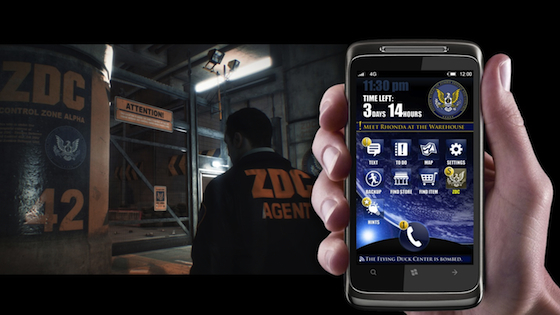 This isn't exactly the Wii U

Microsoft has also worked to improve input latency with SmartGlass, giving developers greater incentive to let you use a phone or tablet to control Xbox One games. But you'll still need the regular controller handy; Microsoft isn't trying to mimic the Wii U with this approach. "It has to be the right fit for the right game to use SmartGlass as a dedicated controller," says Pessner. You may be choosing plays in Madden with a tablet, but you'll still be executing those plans on a gamepad.

Predictably, SmartGlass will provide gamers remote access to their Xbox Live achievements, friends list, and messages. But it gets better, as you'll also have the ability to view saved clips from Xbox One's Game DVR. Xbox One's OneGuide — which aggregates live TV listings and content from video-on-demand services — can also be used from SmartGlass. You can read more at Xbox Wire, and we expect to learn even more about how SmartGlass will serve as your Xbox One companion as the console's November 22nd launch approaches.