If you purchased "Season 5" of Breaking Bad, would you expect to get every single episode of the fifth season of the hit AMC show? That's the topic of a new lawsuit against Apple, filed Friday with a California court. Noam Lzebnik, an Ohio resident, is accusing Apple of false advertising regarding a Season Pass he purchased on iTunes in 2012. That's when AMC aired the first half of Season 5 of Breaking Bad, but AMC broke the season in two, and Apple has been telling fans like Lzebnik they'll have to pay for a second Season Pass to watch the final eight episodes.

"This Season Pass includes all current and future episodes ..."

On its face, that seems to be contrary to the promises Apple made. "This Season Pass includes all current and future episodes of Breaking Bad, Season 5," reads one. "Purchasing a Season Pass gets you every episode in that season," reads another piece of Apple boilerplate.

But it all depends on how you define a season of TV.

The evidence seems to stack fairly high in Lzebnik's favor. AMC has advertised "Season 5" as a single season since at least May 2012, and has been adamant that "Season 5" would be the "Final Season" of the show. Last year, AMC clearly stated: "The final season... consists of 16 episodes." AMC also continues to advertise each new episode as part of the same season as the original eight aired last year.

Yet Apple and others don't agree with AMC's own naming scheme. Apple calls the first set of eight episodes "Season 5," and the second set "The Final Season." Amazon calls the second set "Season 6." And right now, you can buy "Breaking Bad: The Fifth Season" on DVD from Sony, and only get the first eight episodes. (Previous DVD releases included the word "complete.") Is that false advertising as well? Even the series creators internally refer to two different seasons, "Season 5A" and "Season 5B." 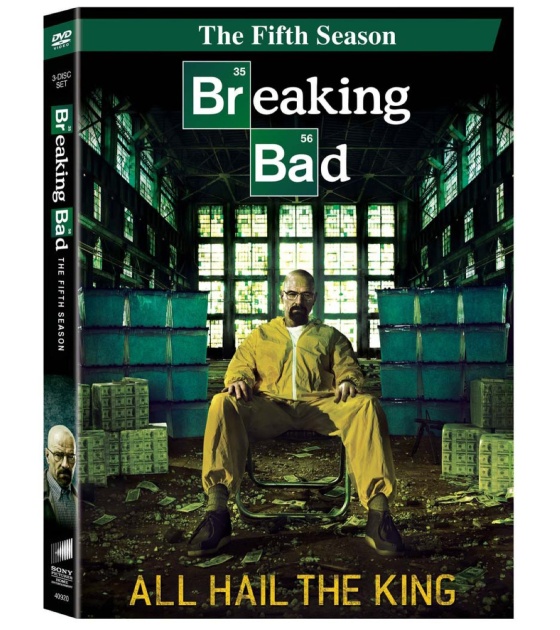 Sony's DVD boxset for "The Fifth Season" of Breaking Bad only includes the first eight episodes.

This also isn't an entirely new debate. Doctor Who also splits its seasons in two, and iTunes charges for each season individually. Some fans cite AMC's The Walking Dead as a counterexample, since Apple only required a single Season Pass even when the season took a break, but it's an iffy analogy. The Walking Dead was only on hiatus for a month or two, while Breaking Bad returned eleven long months after going on hold. Nearly a year later, you could argue that the second half aired during a new TV season.

"When a consumer buys a ticket to a football game, he does not have to leave at halftime."

"When a consumer buys a ticket to a football game, he does not have to leave at halftime," Lzebnick argues. "When a consumer buys an opera ticket, he does not get kicked out at intermission." Certainly, it doesn't seem right to get half a season when you purchased a whole. Perhaps the court will agree. Lzebnick is asking the court to turn his case into a class-action lawsuit and have Apple refund up to the full price of the season pass — $22.99 — to each affected customer. We'll let you know if those things happen, and if Apple provides us with comment.