New York's new Mayor, Bill de Blasio, wants to remove horse-drawn carriages from the city. In a news conference held before he took office, de Blasio said that he planned to "get rid of the horse carriages, period," calling them "inhumane" and "not appropriate for the year 2014." A petition signed by more than 4,500 people called for the horses to be replaced by electric replicas of vintage cars, something de Blasio called "a cleaner, safer, wiser, more humane alternative that will be very appealing to tourists." 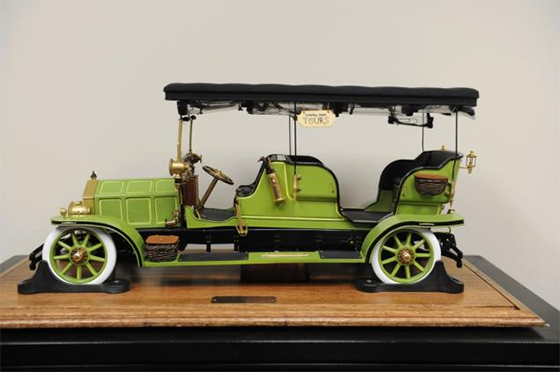 A model of a proposed electric carriage to replace the horses designed by Jason Wenig of The Creative Workshop. (NY Daily News)

Mayor de Blasio will, according to USA Today, work with current carriage drivers to set them up with new vehicles, but the move still has drawn fire from their ranks. The NY Daily News quotes driver Christina Hansen, who says the horses that lead carriages around the city's Central Park and other tourist spots are taken care of and treated humanely. Carriage driver Steven Malone also defended the practice, saying that New York's working horses lead "exceedingly great lives," and that some had up to six months of vacation time.

Desirable schedules or not, de Blasio seems set on his course: at the news conference, the new Mayor said he was going to "quickly and aggressively move to make horse carriages no longer a part of the landscape" in New York. "It's over," de Blasio said, "so, just watch us do it."