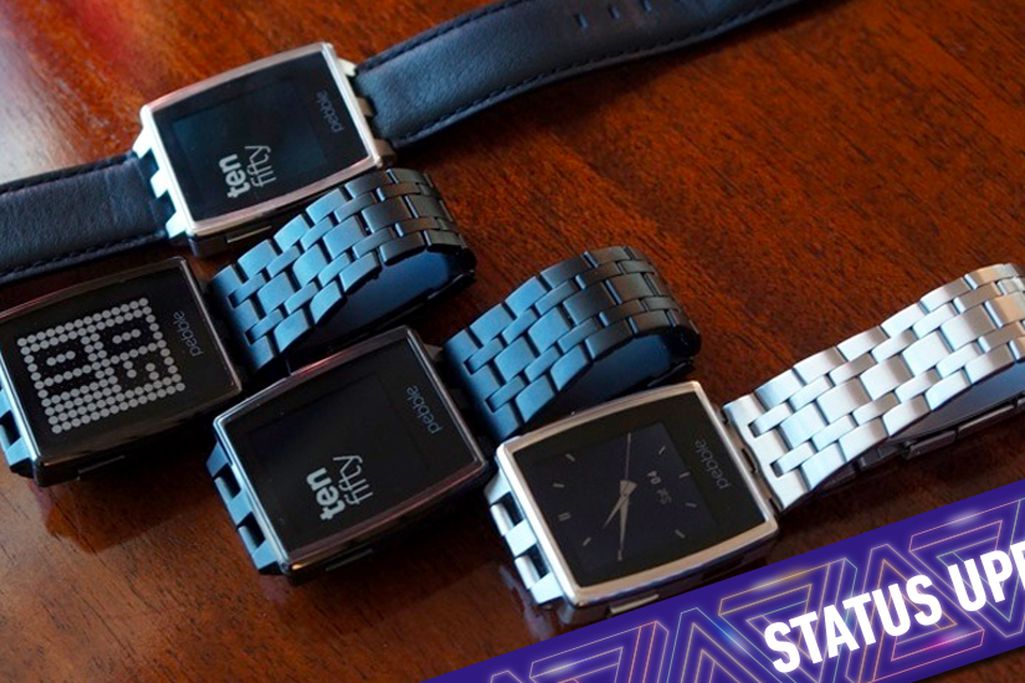 This year, the Consumer Electronics Show has been dominated by things you can strap to your wrist. From electronic bangles to Bluetooth jewelry to a plethora of fitness trackers, it’s all here. The buzziest of these wearables are smartwatches, which aim to fulfill a long-held sci-fi dream of communication and accessing information on your wrist.

Pebble announced its all-new design, industry veteran MetaWatch launched a new brand and design ethos, and smaller companies filled countless booths showing off their own takes on the smartwatch. Even gaming-peripheral maker Razer is jumping into the fray with a device that’s markedly different from anything it’s ever produced before. With the market still ripe for the taking, everyone under the sun wants to try their hand at winning space on your wrist.

But for all the options, the smartwatch world right now is not unlike the smartphone market before the iPhone took the world by storm. There are countless options from a plethora of companies, but none have really taken off and grabbed the public’s attention and, more importantly, their cash. 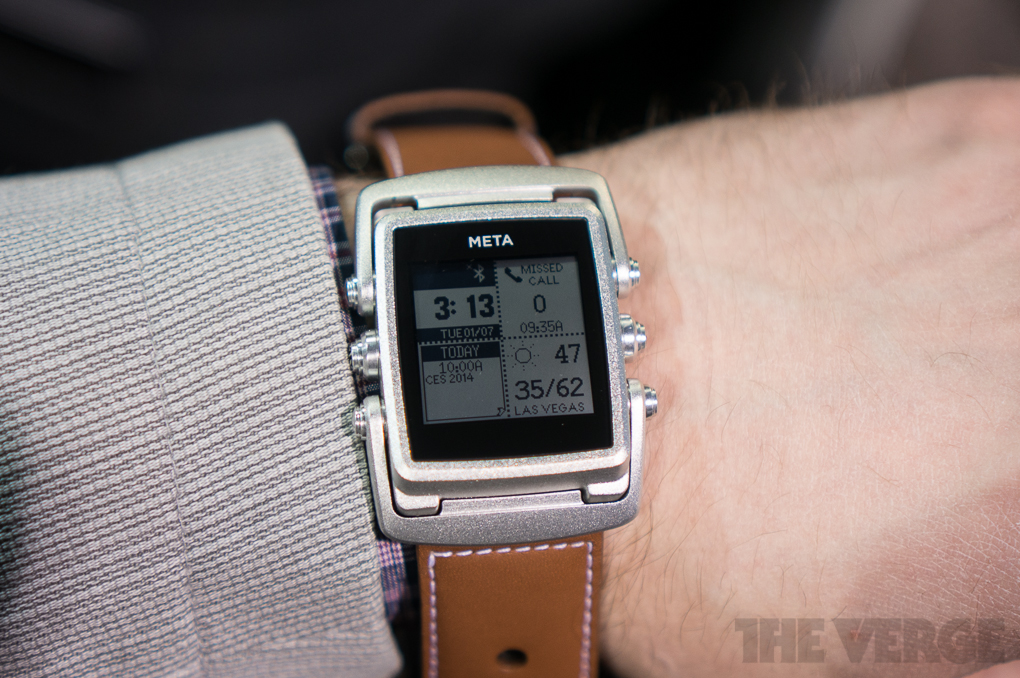 Sales make clear that the general public has yet to really latch on to any particular brands in a meaningful way. Pebble claims to have sold 300,000 units of its first-edition watch, which, while impressive for a small company born out of Kickstarter, is only a very small fraction of the personal technology purchased by consumers. Samsung’s poorly received Galaxy Gear has reportedly moved more units, but sales still pale in comparison to the number of smartphones the company pushes every day. 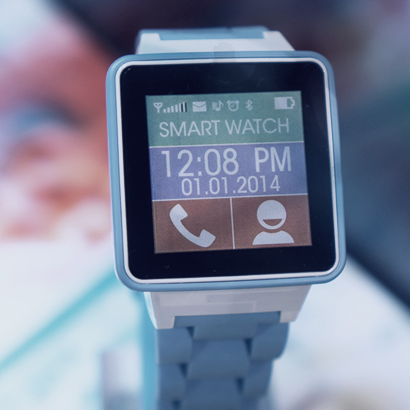 Every company trying to sell a smartwatch has a different take on what the device should actually be, too. Pebble has had success with a relatively simple device that does a good job of displaying your phone’s notifications on your wrist. Its new Pebble Steel continues that concept while offering a refined design and nicer materials. "We wanted to make a watch that can get on the wrists of more people around the world," said CEO Eric Migicovsky when speaking about the design of the Steel.

MetaWatch’s Meta carries a similar concept: the smartwatch should be a companion to your smartphone and enable you to be aware of notifications without having to constantly pull your phone out of your pocket. "The inspiration for the design of the Meta was the traditional watch industry," notes designer Frank Nuovo. "If you’re really serious about bringing technology to something wearable, you have to understand how people buy and look at accessorization on their body."

Pebble and MetaWatch represent a morphing outlook on the smartwatch: both companies started with very utilitarian and gadgety designs, but have now refined their watches significantly. They’re mimicking the personal accessories that people have been wearing on their arms for the last century, with some modern technology inside. 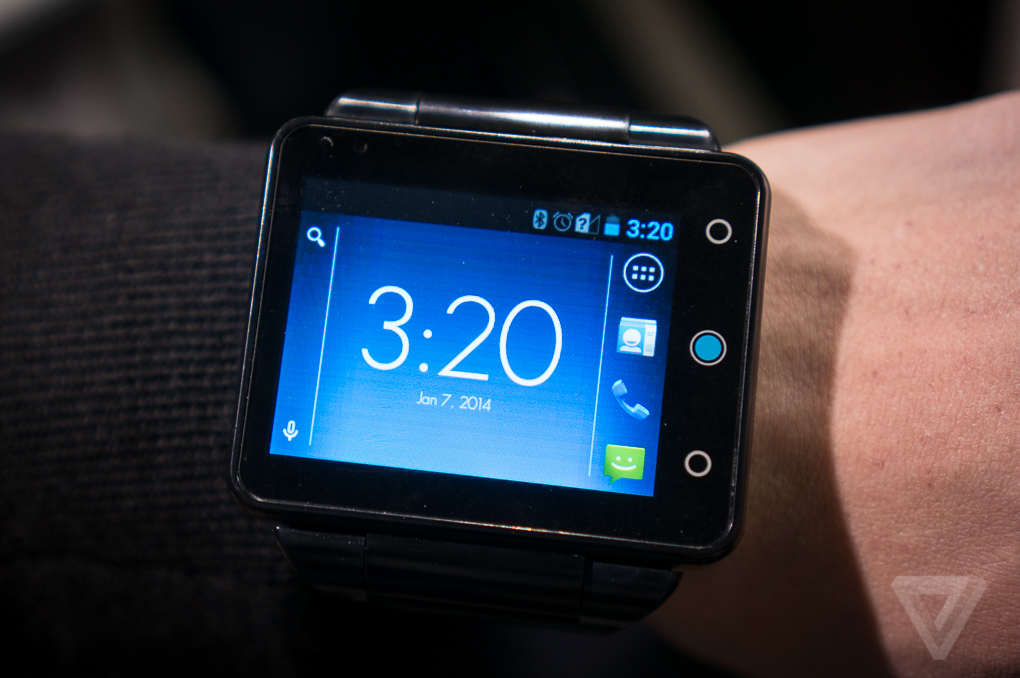 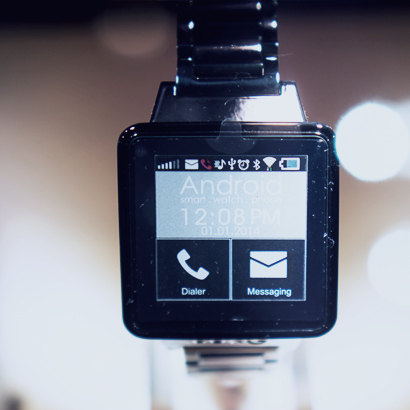 On the opposite end of the spectrum are the smartwatches that aim to be complete replacements for your smartphone. Kickstarter-funded Neptune showed off its Pine smartwatch, a device the size of a deck of cards that snaps onto your wrist and makes even the complex Galaxy Gear look understated. It’s more or less a complete smartphone, slightly miniaturized: it has a 2.4-inch touchscreen, front and rear cameras, Wi-Fi, Bluetooth, cellular radios, a microphone and speaker, and it runs a full version of Android with support for almost any Android app (including, yes, Angry Birds).

Conventional wisdom says that the success of Pebble has proven that there is a market for smartwatches, and companies are rushing to capture some of the zeitgeist surrounding it — and to copy the Pebble. MetaWatch’s Nuovo points to the long-rumored-but-not-actually-here smartwatches from Apple and Google, saying they’re pushing other companies to try to get their wares in before the big players. Though we’re far away from a smartwatch being worn on every person’s wrist, there’s definitely something appealing and futuristic about them that captures the attention of people — even if they aren’t yet willing to buy one.

But despite the variety and quantity of smartwatches on display at CES this year, there doesn’t seem to be a standout, category-defining model. The Pebble Steel might be the closest yet, but even its refined and arguably improved design isn’t popular with everyone. It may not have to be, though: watches are intensely more personal than smartphones. The design that I like might not be the design that everyone likes and vice versa. The traditional watch market bears this out: there are hundreds of makers and thousands of watch styles for every taste.

Maybe there doesn’t need to be an "iPhone of smartwatches" for the category to be a success. Smartwatches could potentially survive — and even thrive — with a variety of brands producing different designs with different functionality. If the watches offer a good user experience and are properly supported by their makers, there’s no reason for there not to be competition in the space.

There doesn't need to be an 'iPhone of smartwatches'

Still, though smartwatches are one of the stars of this year’s CES, it’s abundantly clear that this market is still finding its footing. This year feels like the tip of the iceberg, and there is a lot of room for maturity across the market (even for leaders such as Pebble). At this point, the companies that are leaning on simpler designs with influence from traditional watchmakers are furthest along on this track, but that doesn’t mean that someone else can’t come in with a radically different idea and upend the smartwatch world.

Maybe next year we’ll see the perfect idea of what a smartwatch should be — if it even exists — but for now, our wrists remains wide open for anyone to take.