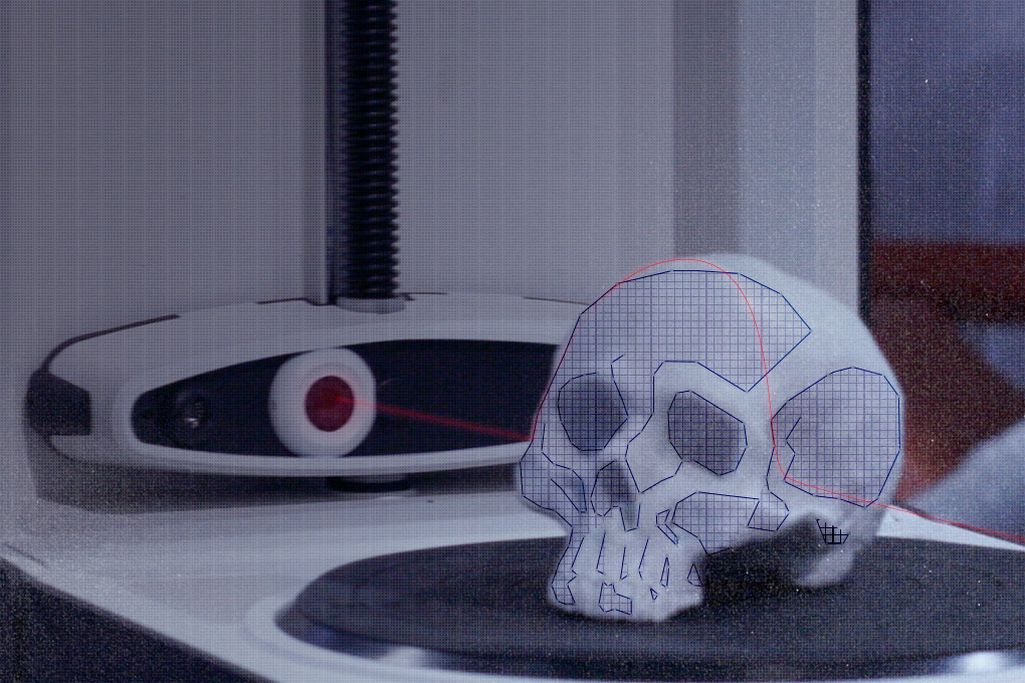 Over the past five years, 3D printers have gone from expensive industrial equipment to hobbyist tools that can be had for as little as a few hundred dollars. 3D printing has captured the attention of schools, designers, and companies like UPS, which began offering printing service in its stores last August. And between the Stratasys-owned MakerBot and enthusiasts with homemade RepRap printers, dozens of small teams — several of which were at CES 2014’s 3D Printer Tech Zone — are racing to be the ones who take the technology mainstream.

These companies’ entry-level printers have different names, different designs, and different price points, but they all share an audience: interested consumers who have relatively little technical knowledge and don’t want to take the jump on a rig that costs several thousand dollars. "We really want to focus on the consumer segment, or maybe a professional who just wants one on their desk," said Solidoodle’s Yahea Abdullah — a description that was echoed up and down the aisles of the tech zone. Solidoodle has a strong claim on the territory: in 2011, it became one of the first companies to market a cheap (initially $699), fully-assembled printer. Abdullah estimates the company has sold between 8,000 and 10,000 machines since then — for comparison, MakerBot sold 22,000 units between 2009 and mid-2013.


The industry’s rapid growth means that a generation of fledgling companies are touting the benefits of their new devices over older, impenetrable kits and arcane software — while the companies in the booths next to them all promise the same thing. Roger Chang of Pirate 3D says his company’s Buccaneer design grew out of problems with other printers back in 2012. "We were pulling our hair out in frustration working with them. Then we realized that this is an amazing technology. There's so much potential," he says. "We can bring this out to the masses. Share this technology with everyone, so you wouldn't have to be a complete nerd to work with one of these things." 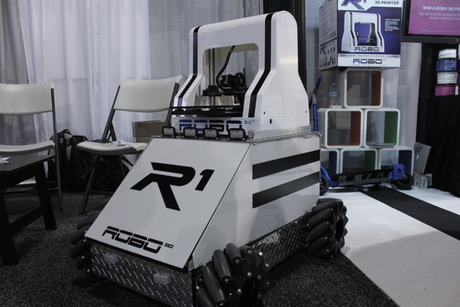 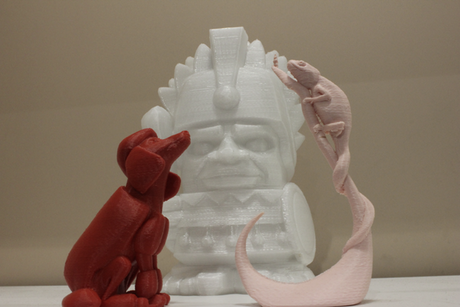 But he admits that the road to the masses is a crowded one. "It seems like there's way too many of them out there right now," he says, referring to printers that use the same technology as the Buccaneer. "Eventually the industry will come to consolidation. You saw the same thing happen with the PC industry, you saw the same thing happen with the car industry back in the 1900s, a long time ago. I think 3D printing will be the same. There will be a whole bunch of crazy startups coming up. Maybe you will have 200 3D printing companies at one point, but it will eventually consolidate into maybe five or six."

Even companies whose printers have little direct competition see the recent boom as a mixed blessing. FSL3D’s Pegasus Touch uses the same printing technology as FormLabs’ Form 1 — in fact, the company got into printing partly because of FormLabs’ success. But the company is joining the fray only to find competition heating up. "It's gotten easier because more people know what [3D printers] are, it's not such an esoteric technology," says Boggeri. "You hear people: ‘I've heard of a 3D printer. I don't know how it works, but I know it's out there.’ At the same time, you can kind of see — there's a 3D printer zone here, you go on the internet and there's so many companies doing it. It's really hard to differentiate yourself — it's like 'Oh, you've got another 3D printer.'" 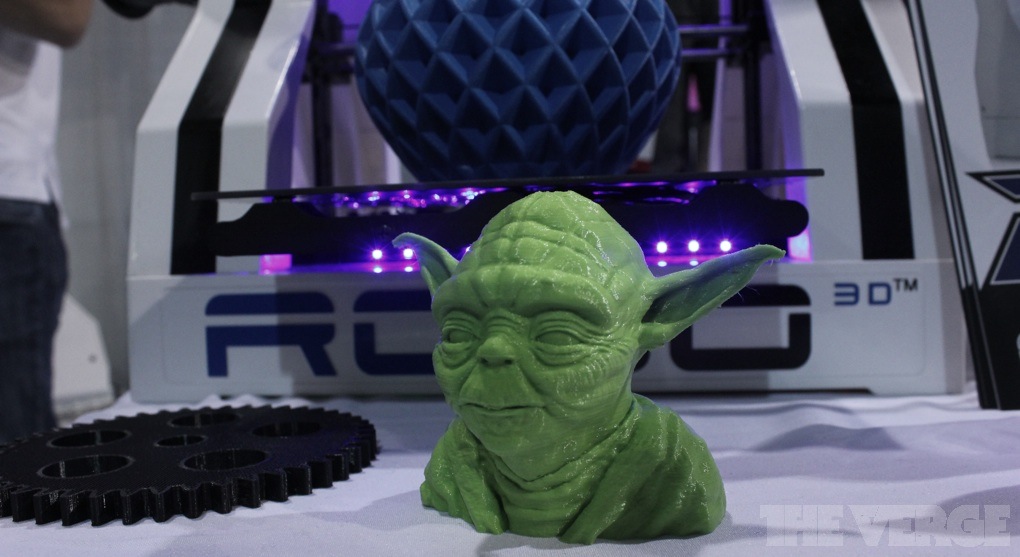 Boggeri hopes that simple cloud printing and the use of SLA, which produces smoother shapes than the more common technique used by MakerBot and others, will help the Pegasus stand out — even at an eventual price of $3,499. Robox, a cheaper and more traditional printer, is billed as "reliable 3D printing," setting itself apart with a focus on improved industrial design.

Industrial printing companies and manufacturers are also seeing a chance to break in on a new market. XYZ Printing is a recently-formed offshoot of the New Kinpo Group, a massive Taiwanese electronics conglomerate. Marketing manager Gary Shu describes the New Kinpo Group as a $30 billion competitor to Foxconn, but he says the 3D printing market is young enough for it to break out of its usual position as a third-party manufacturer. "We don't want to do that anymore," he says. "Of course, we're still doing that now — but we hope we can have our own business channel, marketing, branding, and so forth." At CES, XYZ debuted the Da Vinci 3D, yet another sub-$500 printer for "Mom and Dad, the boy on the street." The corrugated plastic Da Vinci isn’t as stylish as its boutique counterparts, but XYZ has backing that no startup can match.

"It's really hard to differentiate yourself — it's like 'Oh, you've got another 3D printer.'" 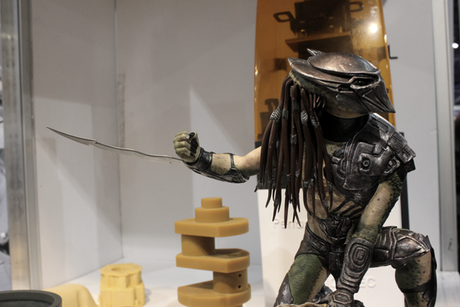 Some of the biggest competition may not come from Kickstarter startups or industrial giants but from the very company that’s so far marked the barrier between the two: MakerBot. Since introducing its first Replicator, MakerBot has sold its printers for around $2,000, leaving plenty of space for entry-level variants. But at this year’s CES, it introduced the $1,375 Replicator Mini, a small box that harks back to its early days as a printing startup. This isn’t going to cut out the $500 market, but it gives people a relatively cheap option from the biggest name in home 3D printing.

There’s clearly still a clear enthusiasm for new designs, even if it’s not evident it will translate into long-term sales. Boggeri refers to a Kickstarter "3D printer fatigue," but there are apparently plenty of people willing to back new projects. According to Kicktraq, there are currently eight open 3D printer campaigns, four of which have reached their funding goal. Over five dozen printer projects are listed in total, with about 60 percent funded. The Pegasus project was funded by a number of serial 3D printing supporters: "You'll go to the backer history on their profile and it's, you know, twelve 3D printers." 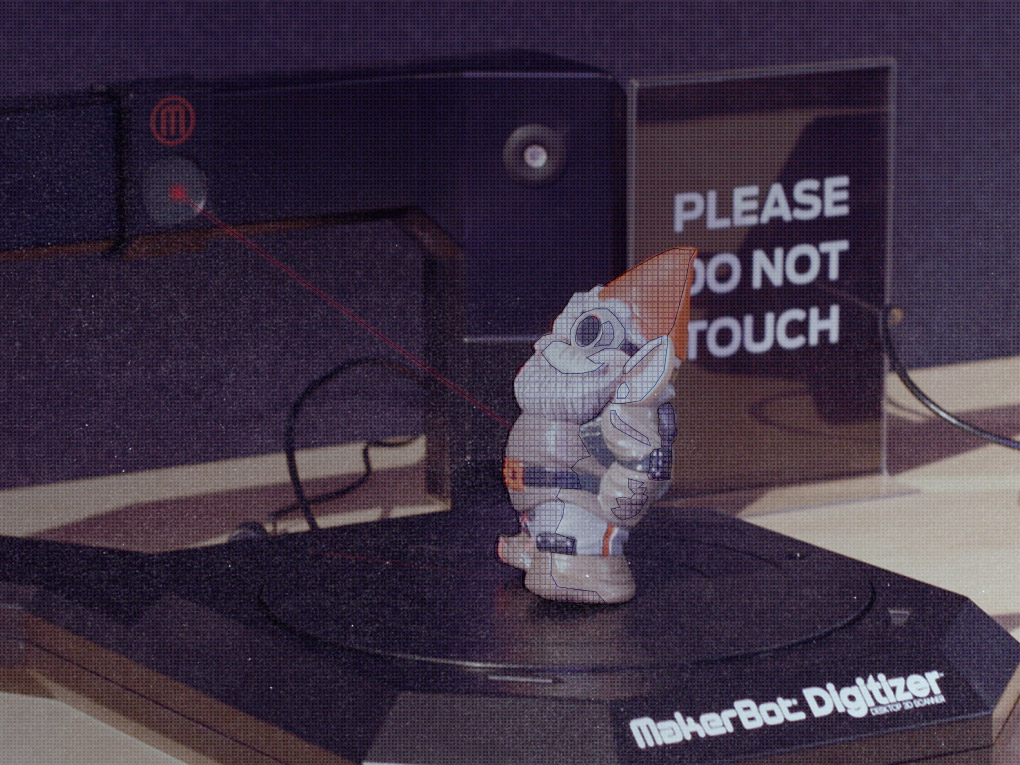 Unsurprisingly, everyone at the CES 3D printer zone thinks that consumer-level 3D printing is on the cusp of something big. "It's just kind of a whole ecosystem that has to be built up, and it's kind of slowly growing out," says Abdullah. "I don't think we've hit that tipping point obviously, but I think that we will get there soon." Chang describes 2014 as "like the year when the Apple II came out."

Robo 3D CEO Michael Pilkington, whose company exceeded its $49,000 Kickstarter goal by over half a million dollars early last year, points out that it’s difficult to tell when technical prowess and crowdfunding success will guarantee lasting influence. "People are going to realize that they can do this, they can manufacture 3D printers, but then doing it on a large scale takes a lot of work," he says. "There’s a lot of Kickstarter projects that did their thing or whatever, built their printer, and then haven’t really done anything since." It’s possible they’ll be showing up at CES 2015 . But it’s also possible that next year the 3D Tech Zone — and the 3D printing industry — will be a little emptier.