Sony returns to the swagger of its glory days

Sony returns to the swagger of its glory days

'We are Sony, so of course we’ll do things a little differently.' — Kuni Suzuki

During the 1990s, Sony was the world’s preeminent tech brand, dominating the field with its innovative designs and consistently superior products, but the past decade hasn't been so great.

The Japanese company lost its crown to Apple through a series of calamitous decisions and strategies that were more outlandish than forward thinking. So when Kazuo Hirai took over the mantle of CEO in 2012, his first task was merely to steady the ship. Two years on, however, Kaz is done patching up holes and making apologies, and Sony appears ready to lead from the front once more.

The aspirational Sony is back

Under Hirai’s leadership, the trajectory of improvement has been gradual but unswerving. What was once the struggling Sony Ericsson has been transformed into the popular and profitable Sony Mobile Communications group. Mirrorless cameras have helped position Sony as a leader in imaging gear, with enthusiasts increasingly opting for the Alpha (née NEX) range over the traditional DSLR format that Canon and Nikon still dominate. And most recently, the PlayStation 4 has managed to outsell its nemesis Xbox One while almost doubling subscriptions to Sony’s paid PlayStation Plus service.

Riding into CES on this wave of good vibrations, Hirai and company are now returning to Sony’s old habits — leading rather than following, stepping up rather than patching up. As Ben Wood of CCS Insight tells The Verge, it’s evident that "Kaz Hirai has been banging some heads together to break down the internal silos between the different business units," but more remains to be done. While "the synergies on things like components and content are starting to deliver" in the mobile space, Wood and others want to see more integration of PlayStation services into the rest of Sony’s line. 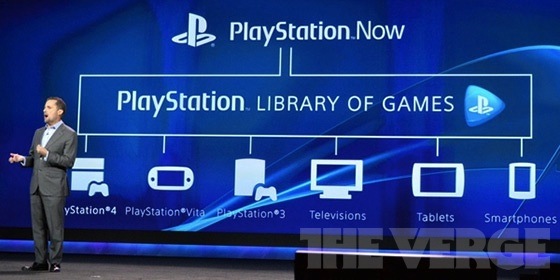 Easily the biggest announcement from Sony this year, PlayStation Now holds the potential to revolutionize the way games are played and simultaneously unite Sony’s broad product portfolio into a formidable gaming platform. Underpinned by the Gaikai streaming service that Sony bought in 2012, PS Now allows streaming of games directly to TVs as well as tablets, smartphones, and all the PlayStation consoles. Because the processing is done away from your device, at its best this service will represent a PS4 that you can access anywhere in the world, on any Sony device. This can be incredibly valuable in extending the useful lifespan of the PS Vita portable console as well as finally turning Sony’s extensive PlayStation library into a real selling point for its Xperia devices.

Sony gets full marks for ambition with PlayStation Now, but the struggles of the similar OnLive cloud gaming service demonstrated just how tough it is to make this sort of low-latency streaming work on a wide basis. For the short term, Now will be a US-only affair, with Sony taking cautious steps to bring the service online. That’s perhaps the biggest distinction between the Hirai-led Sony and the company he inherited from Howard Stringer — the old Sony might have pushed too hard too quickly, whereas the new organization seems more capable of balancing aggression with practicality. 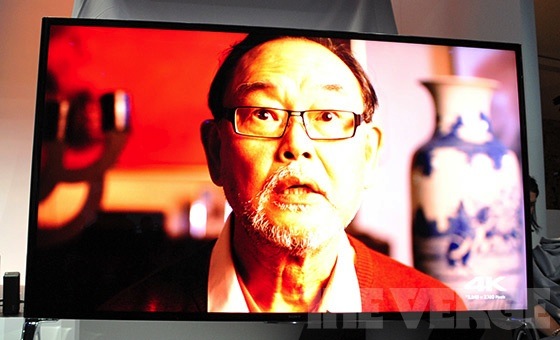 Not content with streaming games to every device, Sony’s also setting out to deliver a comprehensive cloud TV service, replete with live programming, DVR functionality, and on-demand video. This builds on Sony’s existing Entertainment Network service, but leaves even more unanswered questions than the PlayStation Now announcement. No content partners have yet been announced, and providing any sort of live TV streaming immediately invites the scrutiny of the famously protectionist cable companies. Kaz Hirai explicitly wants to avoid conflict with them, but that doesn’t mean he’ll be able to. Intel announced the same type of service last year at CES, and failed so completely at landing partners that the project was outright killed.

The ire of cable operators may be a price worth paying if Sony can figure out how to unite its many entertainment assets under a coherent service worth paying for. Like the PlayStation Mobile app, Sony’s Music and Video Unlimited subscriptions have been available for a while, but neither has been effective in attracting users. As new Sony Electronics president Mike Fasulo says, "We all know content is king." The one sure thing is that whatever Sony does, it’ll keep the bottom line in mind — the company recently trimmed the budget of its loss-making film division, sacrificing some prestige in favor of economic sobriety. 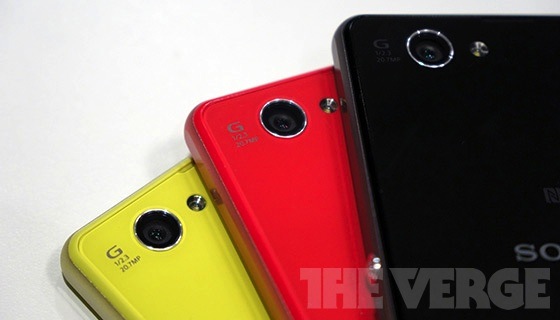 Nothing exemplifies Hirai’s push for a cohesive One Sony brand better than the company’s Xperia line. The design language that used to fluctuate in years past has grown consistent and universal across devices — you’ll even find complementary design elements in the company’s accessory line. The importance of the Z1 Compact is easy to overlook, but this new 4.3-inch handset once again shows Sony going where others seem reluctant to tread. Every other major Android phonemaker is building large flagship devices, at or around the 5-inch mark, whereas Sony is taking on the iPhone directly.

Sony is taking on the iPhone in its own weight class

The Compact is both a technological achievement and an assertion of self-assurance. Sony doesn’t feel the need to be much larger or gaudier than Apple’s leading smartphone — it believes it can offer a better phone: a streamlined version of its flagship Z1. Upgrading the display to an IPS LCD also shows Sony is cognizant of where its weaknesses lie and is working to rectify them. 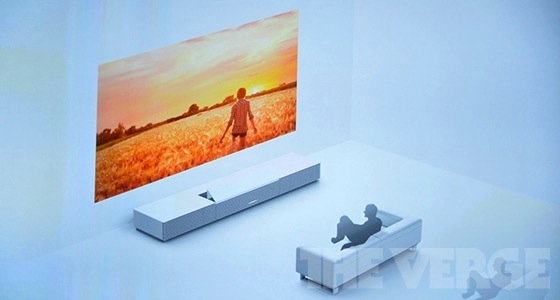 The very existence of the Life Space UX concept underlines the return of Sony's more aspirational side. Melding consumer technology and your home environment into one indistinguishable whole, it's a vision of the future that we've seen and heard before. Walls and windows doubling as screens, furniture being converted into an interactive canvas. What's different about Life Space is that Sony's ready to deliver the first component for it in the summer of 2014 with its high-resolution Ultra Short Throw Projector.

Striking the balance between undue timidity and overzealous aggression

Beyond the novelty of its major announcements at CES, Sony continues to progress with other efforts to lead the pack. The company wants to be known as a pioneer in 4K video and now has over 140 titles on 4K Video Unlimited, numerous content partnerships including YouTube and Netflix, and even a $1,999 4K HandyCam. Sony’s camera efforts took a major leap forward late last year with the Alpha 7 and 7R mirrorless shooters, and the A5000 announced at CES continues that trend of shrinking the physical requirements for great photography. Sony’s even rediscovered its ability to have fun, as evidenced by its introduction of a goofy new tennis racket sensor.

Sony’s recipe for revival is a mix of swagger and circumspection. There’s no denying the courage and ambition exhibited by the company’s biggest bets, but they all appear underpinned by patient long-term planning. It may be premature to say that the Sony of old is back, but the company’s certainly doing many of the things that made us fall in love with it in the first place.

More from this stream The best of CES 2014