Invisible intelligence: how tiny sensors could connect everything we own

Share All sharing options for: Invisible intelligence: how tiny sensors could connect everything we own

The Kolibree toothbrush knows more about your mouth than you ever wanted to know. It monitors how you brush your teeth and lets you know if you're doing it wrong (yes, you can fail at brushing your teeth). Even your dentist can’t monitor your oral hygiene on a daily basis, and that’s exactly why Kolibree exists.

CES 2014 saw plenty of devices that track everything about your life: the Netatmo June bracelet that monitors how much sun you're taking in, the AdhereTech smart pill bottle that reminds you to take your medication. But one of the most peculiar objects was Sen.se’s Mother and Motion Cookies set: it uses a number of customizable sensors disguised as small, colorful disks called "cookies" to track if someone left the refrigerator open, if you need to water your plants, and much more. You assign each sensor the appropriate activity to track, and it does so automatically. 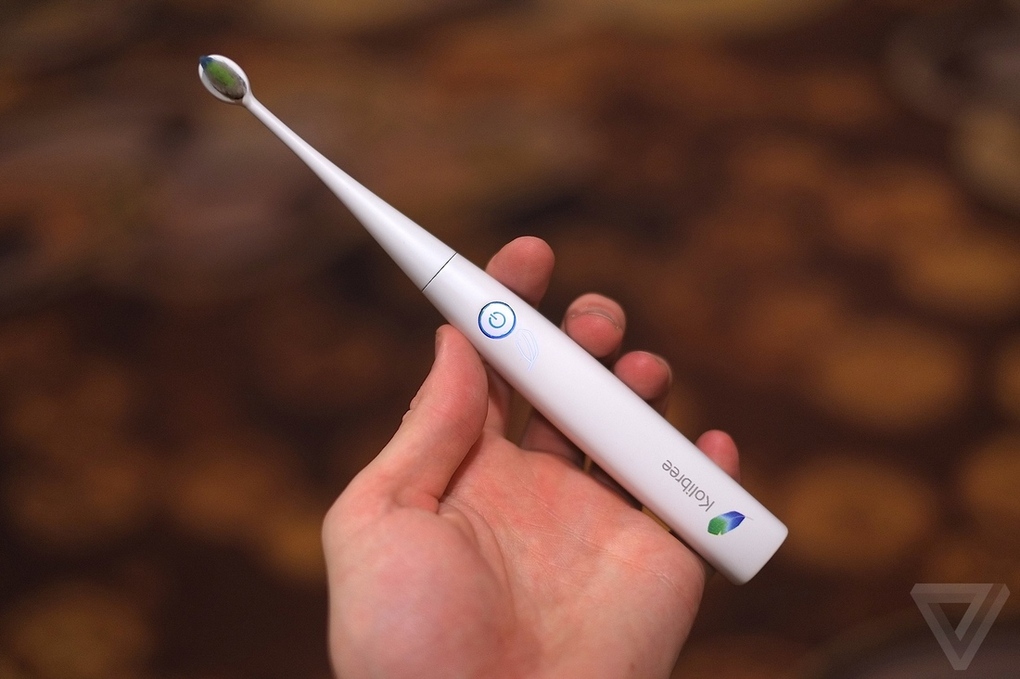 But the little cookies are not the real story. They're just the housing for the important technology: smart sensors that can track movement, temperature, presence, and more, data that can be collected and customized in countless ways with different apps. Each cookie can be programmed with up to 15 individual apps — it can simultaneously watch for unwanted visitors in your home when you aren’t there, track how much you walk every day, and follow your sleeping patterns.

Sensors that collect and track data aren’t new, but until now they've served one or two functions, like tracking sun exposure or the speed of your toothbrush. Mother’s is an intelligence that works beyond form, that makes anything smart with a bit of software assistance. And soon, anyone will be able to build on that software, because creator Rafi Haladjian plans on opening up Mother’s API to allow anyone to make apps for its sensors.

A few such systems already exist, but they all come with restrictions. Belkin's WeMo technology only works with Belkin products — even the company's new LED starter kit requires its Smart LED bulbs. Revolv lets you control different household appliances, but only ones that are already connected, like Philips Hue lights or the Nest thermostat. The system that will blow all those out of the water will be something similar to Mother — one that attaches many light, cheap sensors to almost anything, allowing you to track all kinds of products, actions, habits, and data.

"There is value in information on its own, but the power of sensors is even greater if we close the loop and enable automated action."

But as companies like Mother develop minuscule sensors, others continue to focus on fully integrated devices. According to Belkin’s WeMo director Ohad Zeira, the data that sensors collect is useful, but Belkin’s focus is on making those sensors as smart as possible for narrow uses, and to make them work flawlessly and passively. Currently, for tracking things like cooking temperatures, a device is necessary in order to collect the most accurate data. Take the Belkin Crock-Pot WeMo Slow Cooker — an entire slow cooker is needed to accurately monitor the temperature of the food you’re cooking because a simple sensor slapped on the side of a regular slow cooker won’t do the trick. As an entirely connected, smart device with multiple sensors, the WeMo Slow Cooker can monitor food temperatures and also do things like automatically turn the unit on and off, or adjust cooking times as necessary. 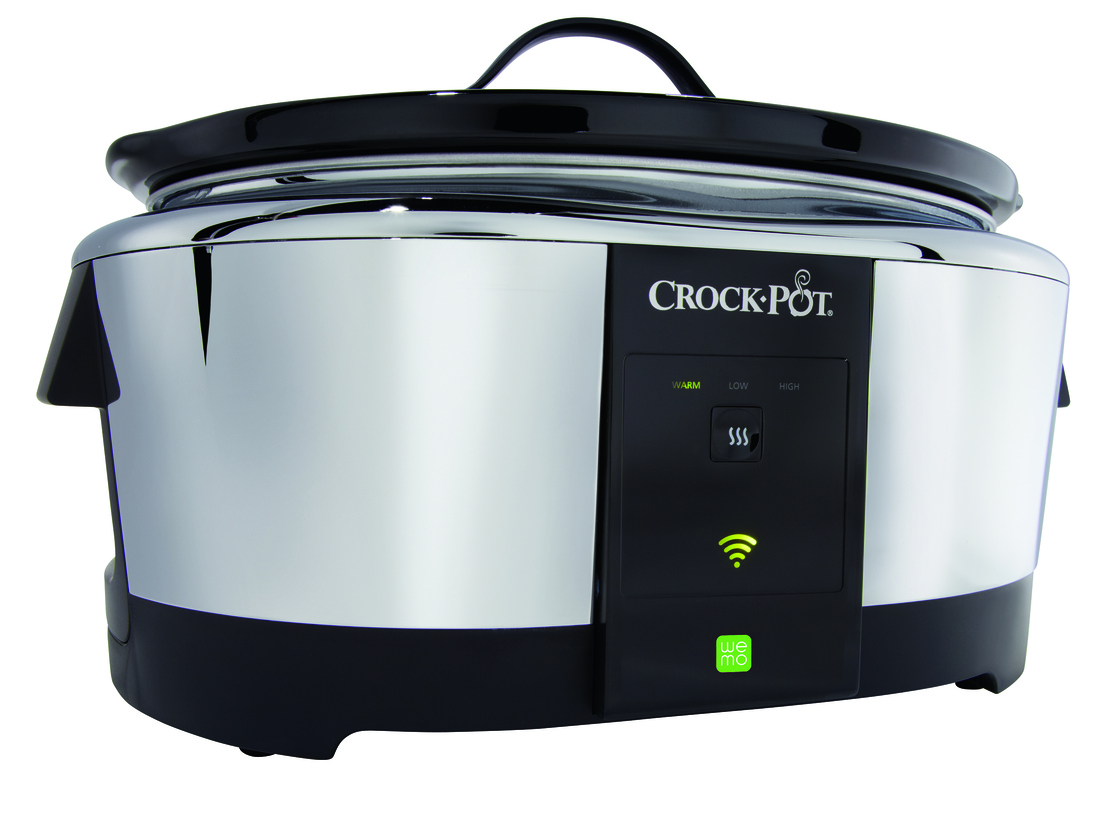 Sensors could be passive automators as well as data collectors

Belkin is primarily thinking of sensors more as passive automators than as data collectors. Eventually, the company wants to make an oven that can figure out you’re cooking a chicken, and cook it for you so that it’s ready at 7:00 when you get home from work. The company is looking to use sensors with hardware to answer practical questions and then implement those answers for you. Another example Zeira explained was a garden-monitoring system that can collect soil, water, and sun data to keep track of your plants and automatically water them when necessary. "There is value in information on its own," Zeira says, "but we believe the power of sensors is even greater if we close the loop and enable an automated action to take place with the sensor as a trigger."

Invisible sensors really lend themselves to specific kinds of data. Doctors and scientists are leading the charge in the health care industry, imagining a world where sensors go beyond boxy devices and become embedded into our skin and bodies. Microsensors are already being used with diabetes patients to continuously pick up biomarkers like blood glucose levels, providing doctors with a constant stream of health information. Another innovative microsensor could soon be available from Proteus Digital Health: the company has created an ingestible sensor made entirely from ingredients found in food that can be put into pills. Its main purpose is to track when the pill has been ingested, and who ingested it. It could help keep track of patients who need to take their medication on a regular basis, and help prevent prescriptions from getting into the wrong hands. 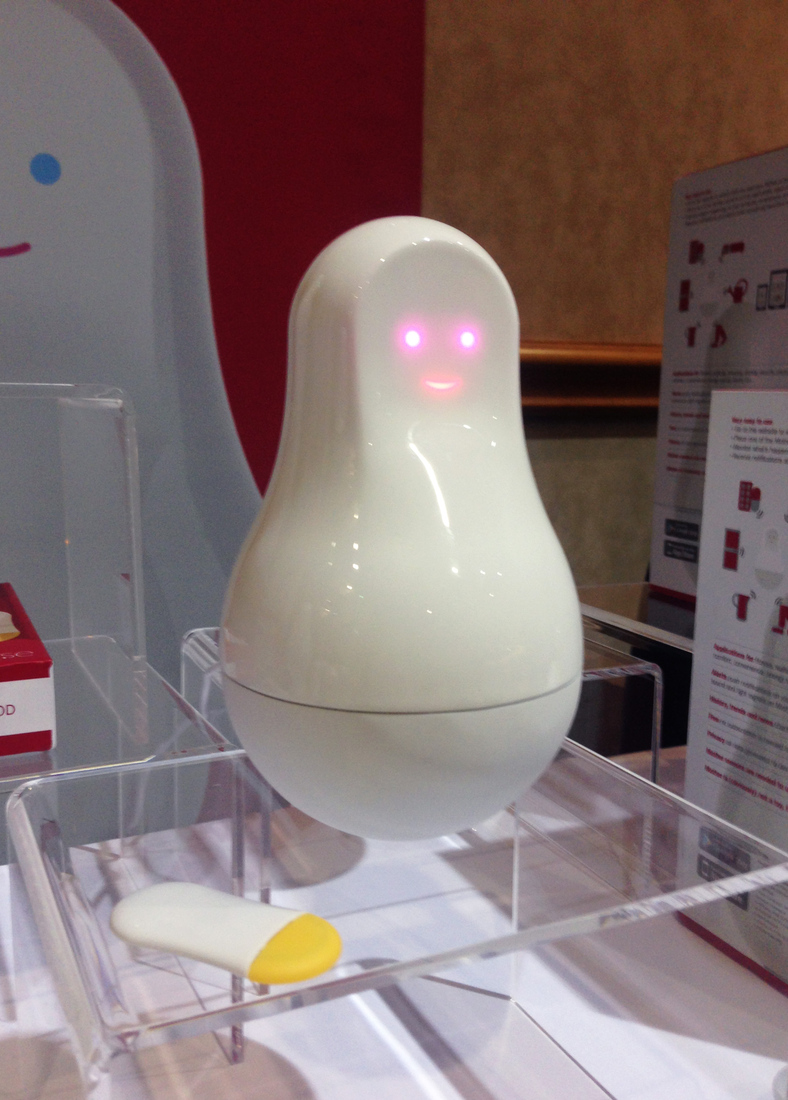 Whether they come as pills or cookies, Sen.se and companies like it will be using these kinds of sensors to collect huge amounts of data, and then the real challenge begins: figuring out what to do with it. Haladjian believes Mother's sensor technology will one day be as small as a grain of rice, and will fit into things like jeans or bedsheets to passively track anything that an algorithm can measure. "Once you are able to detect specific patterns of activity, you can develop plenty of applications that would use the same algorithm," he says. "For example, the algorithm associated with door openings could be used in many different settings, such as detecting how many times a door has been opened in a shop, as well as collecting data and statistics concerning store attendance."

"It is important for people to become educated and become comfortable with having these sensors in their lives."

Currently what's holding Haladjian back isn't the sensors, but the batteries that give them power. Until batteries shrink, sensors can only become so small. But while that happens, Haladjian says Mother will work as the form factor to get people to accept sensors as a noninvasive part of their lives. "We need to do things little by little," Haladjian says. "People need to become used to them, and it is important for people to become educated and become comfortable with having these sensors in their lives."

So for now, specialized gadgets like the Netatmo June bracelet and the Kolibree toothbrush already do serve a purpose — to get people ready for them to disappear. Beautiful, tactile objects with intelligent capabilities work in our lives now because we like to see and hold things for a while before they can be invisible. While not all intelligence supports an invisible form factor, the intelligence controlling a smart bracelet and toothbrush does. Sooner rather than later, we won't have a smart slow cooker or a smart toothbrush — we'll just have a regular, old slow cooker and an old-fashioned toothbrush, outfitted with tiny sensors that know more about us than we do.