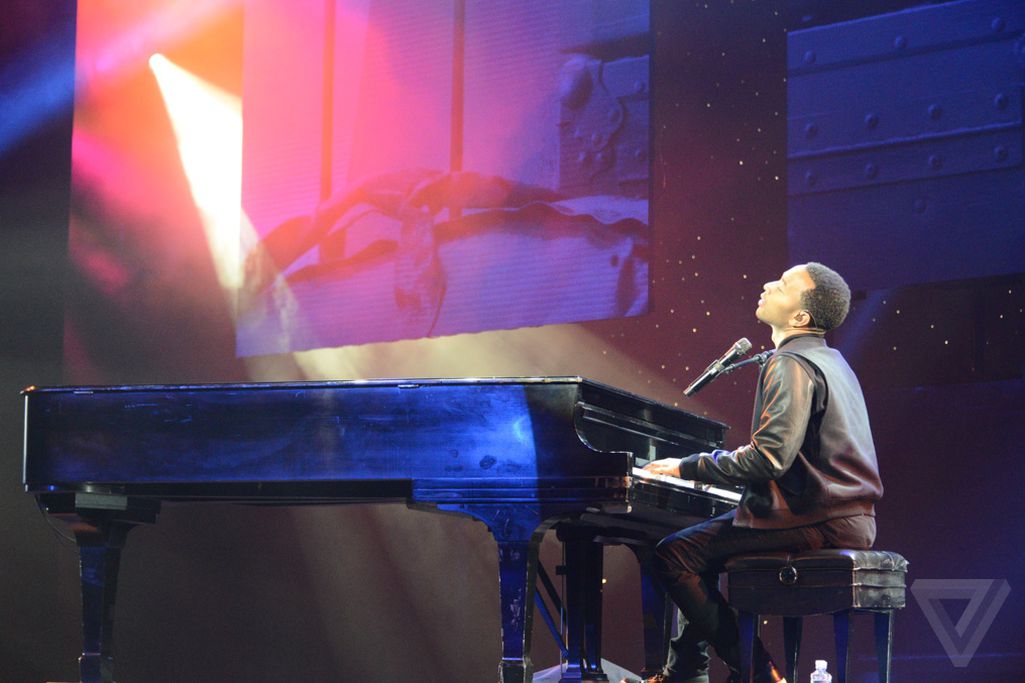 John Legend took the stage on Tuesday to cap off the Yahoo keynote, and it was good. It was a delight in fact, a brief respite after the certifiably bizarre spectacle that was SNL meets Yahoo meets David Pogue. For me, it was actually something of a surprise. The restraint of it, the un-CES-ness. I caught myself wondering aloud, “Why are you here, John?”

And that was it. The keynote ended, and we were once again swept up in the news of the day. (C’est la guerre.) But the performance itself hit on something about CES that I missed at first.

As much as it’s about ideas and innovation, CES is about showmanship — big booths and booth babes. CES is at least figuratively a party, and we’re all on a bender here. It also, literally, is a nice excuse for companies big and small to throw lavish parties. Parties for TVs. For streaming apps. And just a ton for boutique iPhone cases. But these parties are so rote, so inevitable, that we don’t pay much attention to them, save those of us who want to go out and get obliterated on a Wednesday night. I went to see if the literal parties could tell me something about the figurative one. 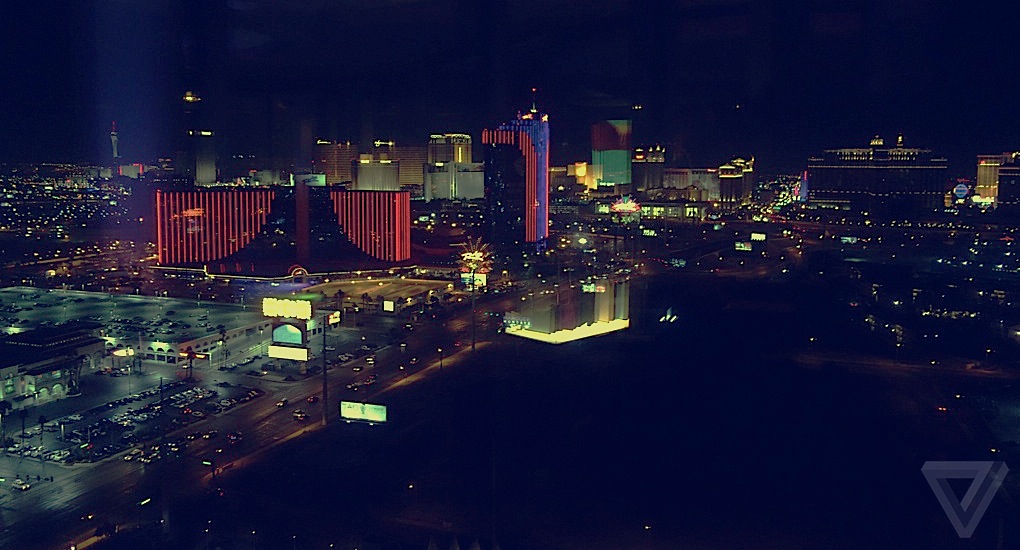 Legend was playing again at the Vanity Nightclub, a 45 minute set at a party sponsored by Sound United. It was a great show. The same restraint. The same simple joy of just being in a room — a room dripping with glass, velvet, and women in 6-inch stilettos, sure, but a room nonetheless — and listening to a guy just sing. Still, who goes to Vegas for that? What could it possibly say about CES? At some point, I wrote the show off as just a nice night out, but not one that quite captured the spirit of this town and this convention.

Dripping with glass, velvet, and women in 6-inch stilettos

I soon found myself on the strip trying again, searching for a single moment that spoke to CES’ secret heart in Las Vegas, and feeling a little like someone out of Beckett. I failed. But a funny thing happened: at each event, I kept thinking back to John Legend. I kept saying, "Man, fucking John Legend needs to be here." By night’s end, he had somehow encapsulated the humanity, the good that can be found on the convention floor. His performance was the diamond in the rough tech reporters try so hard to find here.

It hit me hard at Bank Nightclub. The corporate sponsor was Incipio, and the party was, yes, insipid. I don’t say that lightly. The place is a palace, a maze of plush black couches, crystal, and flashing lights. It was complete sensory overload. Incipio’s logo appeared proudly below the DJ booth, presumably because the company believes it’s as much an arbiter of taste as it is a purveyor of inoffensive gadget cases. But the branding was meaningless. The party wasn’t about buying a case. Companies throw these celebrations to show off. Go big in Vegas, or go back to Palo Alto. But there’s nothing real about them. 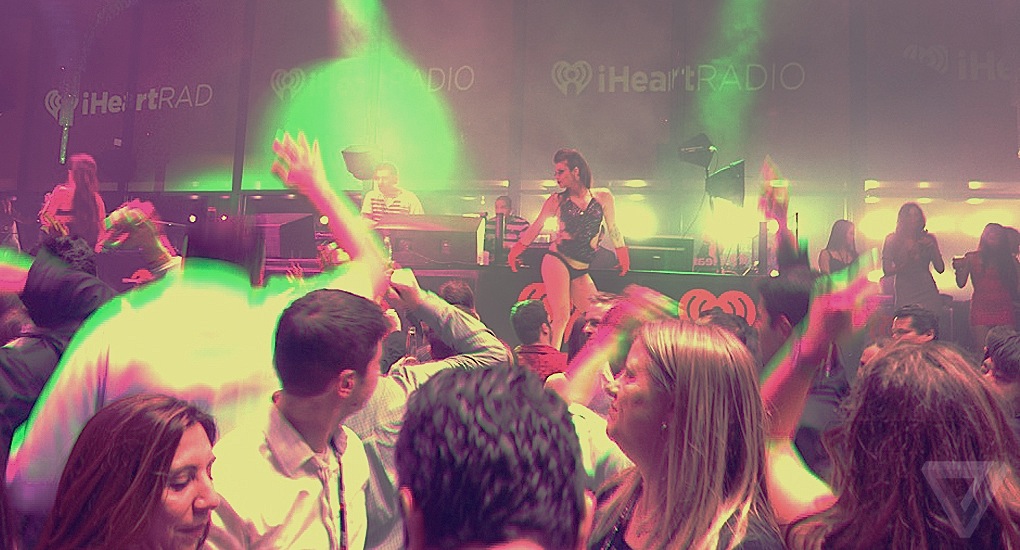 It was the same at iHeartRadio’s event at Haze only hours later. Drunk partygoers bopped to the throbbing bass, and scantily clad dancers worked the crowd from two stages. The ceiling pulsed like some kind of mechanized Cronenberg nightmare, and soap bubbles poured down on the crowd like rain. But as over-the-top as it was, it felt empty. We were just passing the time. When the headlining act Krewella started dubstepping, the many not-even-that-olds in attendance promptly pulled out their phones to Shazam what they were even listening to. The entire show felt like a Samsung event — overstuffed, bright, and aimless.

Round three was a midnight TAVIK rager in a penthouse suite at the Palms. TAVIK, incidentally, is a beach lifestyle brand that happens to make mobile accessories, and also happened to be hosting two nights of parties in a row. The place had an incredible view, with a pool right at the edge of the balcony. Arranged strategically throughout the living room were displays full of cases and bags. It was weird. People were dancing, fully clothed, in the pool. The smell of vomit was wafting gently out of the bathroom. As I dizzily walked over to one of the displays, I thought:

"Why is this case here?"

"Wait, is that a folio? What exactly is a folio?"

"Jesus is this even happening?" 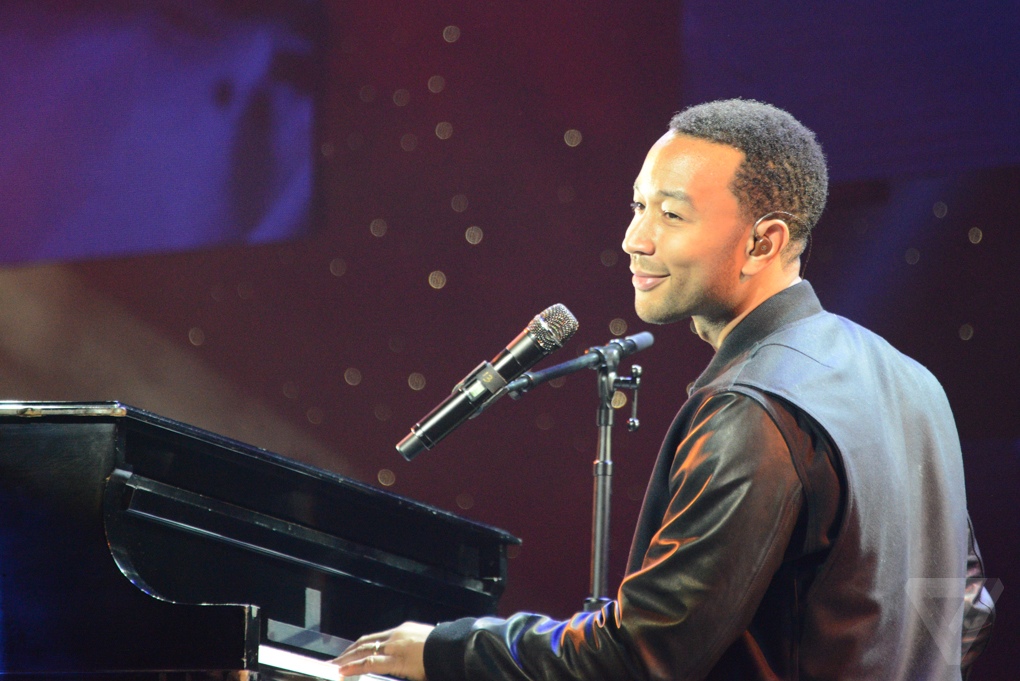 The best gadget rises above the hype by actually being good

Looking back, that first performance was a gem because it felt so real. It was like coming across the sleepy booth on the convention floor and finding out that what you’re holding is pretty incredible on its own merits. Not because of the PR. Not because of the dancing mascots or house music. But because it’s just good at being whatever it is. The best gadget rises above the hype by actually being good.

Now, I’m no fool. Legend went onstage because he got a deal from corporate sponsors who like him just enough to think his brand will help theirs. When something is great at CES, that tension is there, too. It’s genuinely great, and genuinely infused with the showmanship and the money and the corporateness of it all. But at the end of the day, I don’t remember the Sound United show any more than I remember the finer-grain details of any booth. Just like a great gadget, I remember that John Legend show. I remember "Save Room" and "Ordinary People." I remember getting a brief but transcendent glimmer of the soul of CES, a signal above all the noise.