As my own 20-month upgrade nears, I've been watching out for new phone announcements and plans offered by Sprint. I thought that the One Up annual upgrade program they launched in September was garbage, but I didn't expect Sprint to ax the program within 4 months of deployment. 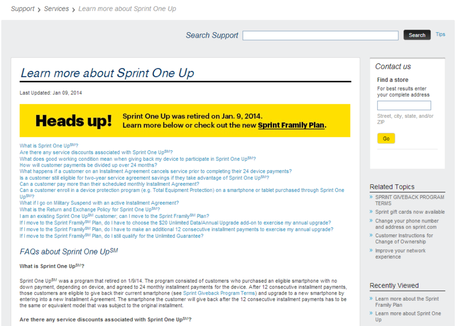 Kind of a shocker to me. What do you guys think? [Other than the obligatory contract carrier bashing]

Also, why isn't The Verge reporting about the cancellation of this annual upgrade program after such a short term deployment? The fact that all four major carriers implemented a rapid upgrade cycle was big news in September.