The FT-1 is “a design study for a sports car”

Some of Toyota's most iconic vehicles were designed in a small building hidden behind a Baptist church in California.

Nestled amongst the beaches and boardwalks of Newport Beach, you’ll find Calty Design Research. First opened in 1973 as the first West Coast facility of its kind from a major automotive manufacturer, it represents one-fifth of the Toyota Design Network. Here, cars like the 1978 Celica sports coupe, 2012's stylish Lexus LF-LC concept, and the very first Prius were designed. The facility's responsibilities range from minor cosmetic changes for minivans to dreaming up the cars of the future. But with the Toyota FT-1 sports concept, unveiled today at the 2014 North American International Auto Show in Detroit, they did something a bit different — design a car with a little help from a video game. 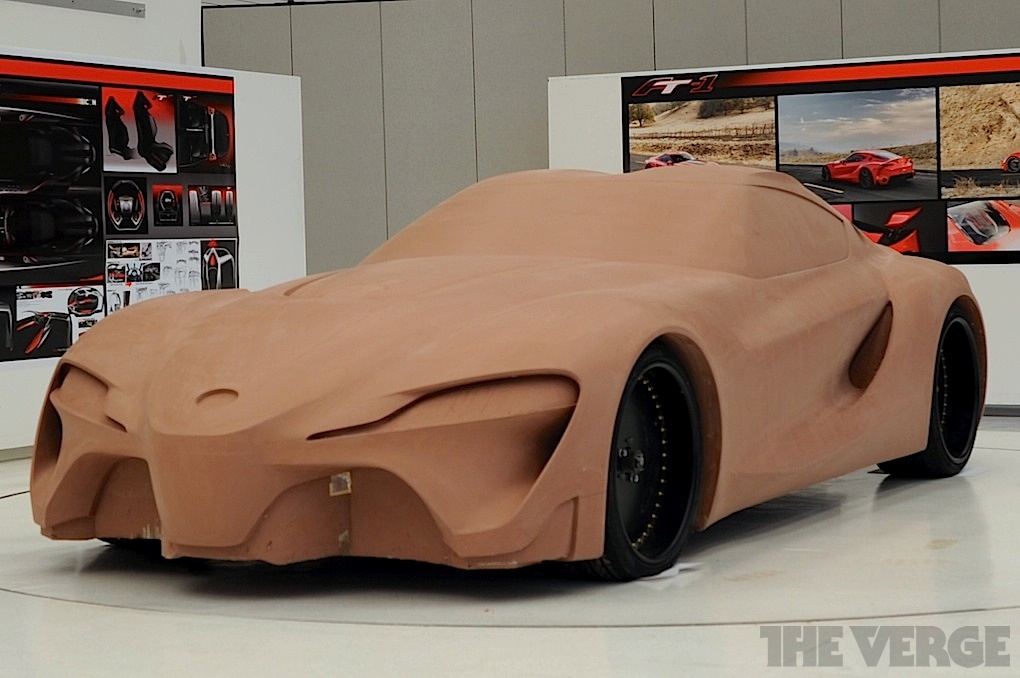 The "Vision Gran Turismo" project has developer Polyphony Digital partnering with some of the world's biggest auto manufacturers to bring beautiful concept cars to the world of GT. These cars are handpicked to represent the game's racing spirit, and they’ll also be released as free downloadable content so Gran Turismo 6 players can give them a spin in-game. Though the FT-1 wasn’t initially designed with the game in mind, its distinct style and feel made it a perfect fit for the project as a follow-up to Mercedes-Benz's stunning AMG supercar. And the creative team at Calty had a very specific idea for the kind of vehicle they wanted to make. "It's a design study for a sports car," says studio chief designer Alex Shen. 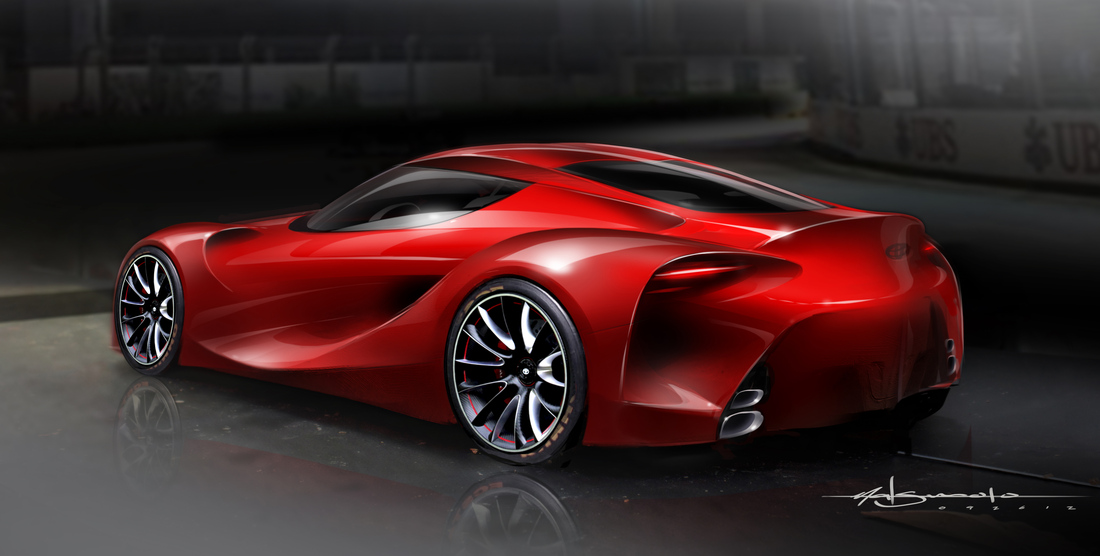 The FT-1 is meant to look like it was sculpted by the air — a technique known as function sculpting — which explains its wonderfully exaggerated front end, complete with deep vents and uncovered LED headlamps. But it's more than just an artistic consideration — the sculpted body is also meant to be both simple and functional. "There's nothing frivolous," says Shen. Everything serves a purpose: the deep vents in front of the tires suck in air, for instance, which is then pushed out through additional vents behind the wheels. Even the sloped roof is designed for maximum airflow, exactly what you want for a car purely meant for speed.

According to Shen, form and function go hand-in-hand on a project like this. "If you make it look beautiful," he says, "it usually turns out pretty well." Though their job involves shaping headlamps and designing windshields, the team at Calty considers what they do to be a form of art. "Everything we do here is an artistic endeavor," says Calty's president, Kevin Hunter.

And the key to that art is clay. Lots and lots of clay. 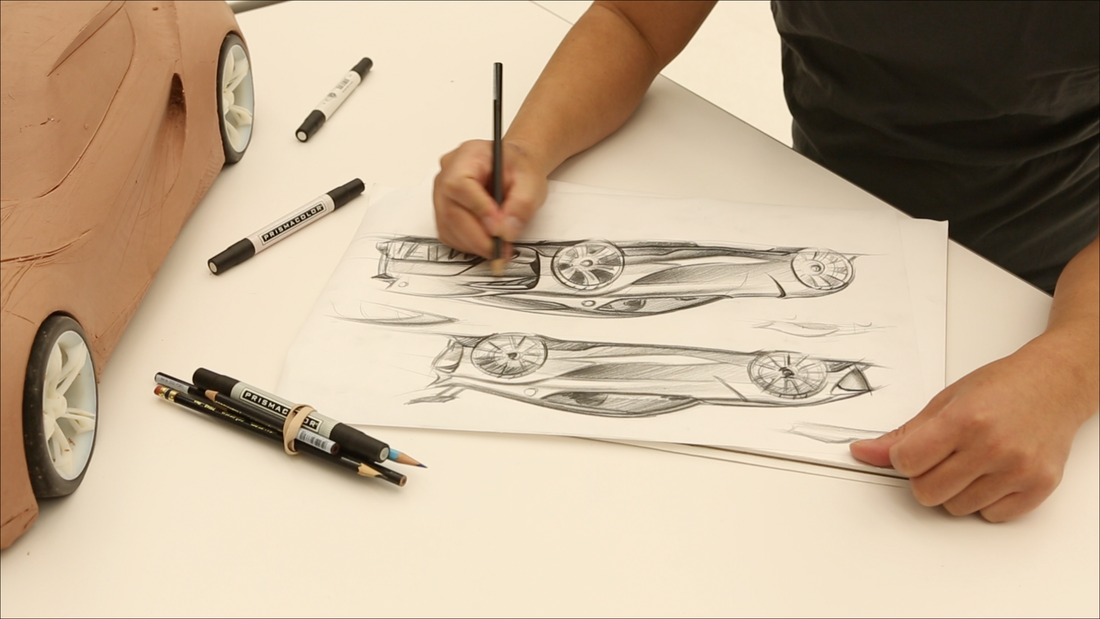 Once the research phase of a project is completed, which involves studying everything from architecture to fashion, artists draw up concept sketches. The next step is to build a model of the car with a type of thermal clay that is soft as putty when heated. Sculptors take tiny premade, generic car bodies and slather them with clay, which is then molded and twisted to recreate the concept sketch in three dimensions. It's a particular skill, one that takes three to five years of training to master. Calty's sculptors even build their own tools, creating a tool chest that looks like something out of a Saw movie, complete with a variety of blades, pokers, and circular razors. "You never have enough tools," says modeler Aaron Huncovsky. 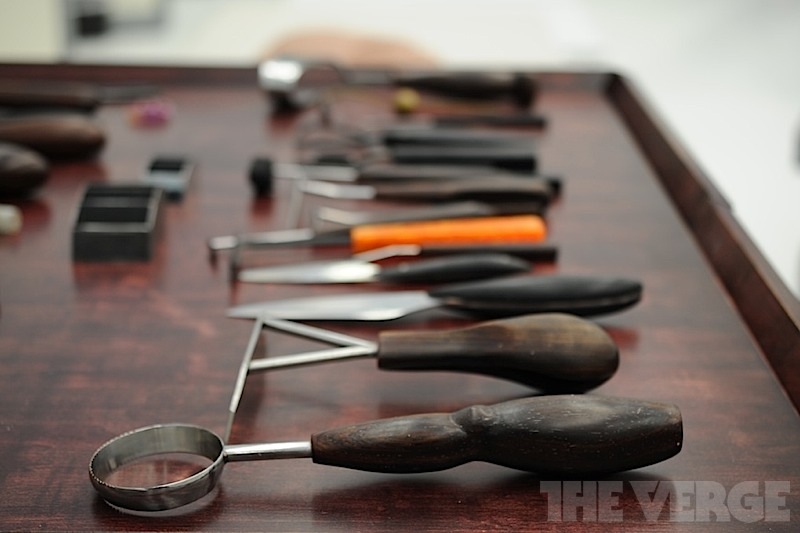 "You never have enough tools."

Like most automotive design studios, a large percentage of Calty's staff come from a fine arts background, which might be why clay is so important to the studio. It gives creators a chance to get their hands dirty — literally — instead of constantly being confined to a computer screen and rendering software.

When the small models are complete, the design goes through many more iterative stages, as it’s constantly refined. First the data is fed into a computer-aided design program, or CAD, which lets designers run the numbers to check things like wind resistance and tweak accordingly. The studio also has what it calls a VR room, essentially a mini theater where they can check out full-size 3D models of cars on massive screens (it also doubles as a lunchtime yoga studio). Eventually larger clay models are created to better suss out the details, culminating in a full-scale version of the design made of clay. It's a back-and-forth process, but for the FT-1, Calty had a secret weapon — Polyphony Digital.

The studio behind the Gran Turismo series was involved in the project early on, with Polyphony CEO Kazunori Yamauchi travelling to California to check out progress. The game design studio eventually pulled data from the 3D models to build in-game versions of the sleek concept car. For the first time, Calty designers were able to actually see one of their models in motion before it went into production. "Gran Turismo is somewhat of a simulator, so it allows us to see the car in its environment," says Shen. "That was one thing that was missing, because these are static models, and this is a dynamic car." The initial game model was actually built in Gran Turismo 5, since GT6 wasn't yet completed while the car was being designed. 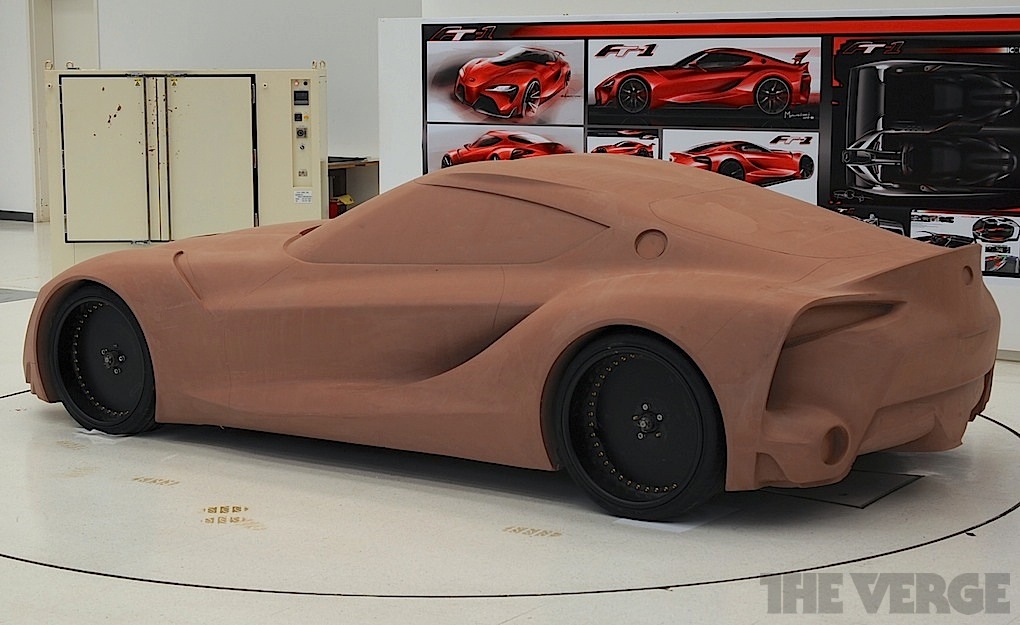 It was an especially useful tool when it came to selling the concept to Toyota headquarters in Japan — instead of a standard model, Calty had a playable demo perfect for conveying the emotional impact they hoped the FT-1 would create. Luckily for them, Toyota president and CEO Akio Toyoda, an accomplished race car driver himself, is a bit of a GT fan. "Akio actually drove the car when we presented it to him," explains Hunter. The concept was soon approved (though Toyota has provided no hints as to whether the FT-1 could eventually be commercialized).

"This is a car about emotion. Something that you feel right away."

Polyphony also helped provide some outside feedback, a rarity for Calty's projects. "Typically we don't bring people in that early in the process," says Shen. "It was cool because we had a different perspective. Normally we're working among ourselves, but to see how they felt about the car was cool." Today's unveiling represents around 18-20 months worth of work and numerous revisions — about 85 percent of the car was changed or tweaked since the the first Gran Turismo 5 model was built. The result is an aggressive-looking concept that's easy to understand at a single glance — and that's kind of the point.

"We make a lot of intellectual cars, cars that you have to think about," says Shen. "This is a car about emotion. Something that you feel right away."