The car of the future is in Detroit and the desert

CES is an interesting new venue for the auto industry, but traditional car shows are still going strong

Share All sharing options for: The car of the future is in Detroit and the desert

For journalists at the North American International Auto Show (NAIAS) in Detroit on Monday, it was a perilously short weekend. Many, if not most, were in the desert just a couple days ago. It’s a sign of the times: CES in Las Vegas has suddenly become an auto show — arguably with the same level of clout and significance as NAIAS, a stalwart of the auto show circuit.

But make no mistake, these are evolving into very different kinds of auto shows. NAIAS is a pure car expo through and through; it's where Mercedes-Benz unveiled its redesigned C-Class this week, BMW is showing production versions of the iconic M3 and M4, and Ford has an all-new F-150 pickup, among countless others. CES, meanwhile, is where you’re marshaled into rural Nevada to see Jetsons-style technology on four wheels. “I just need you to sign here, give me your driver’s license, and we can get started,” car companies told me, one after the next, before taking me into the desert to get behind the wheel of something you can’t yet buy.

Basically, that's how my entire CES week went. While my co-workers were safe and sound in the confines of the Las Vegas Convention Center watching Michael Bay storm off stage, I was signing my life away to virtually every automaker I encountered before getting in a car that either drove itself, drifted itself, or flung me around a track with 460 horsepower under the hood. 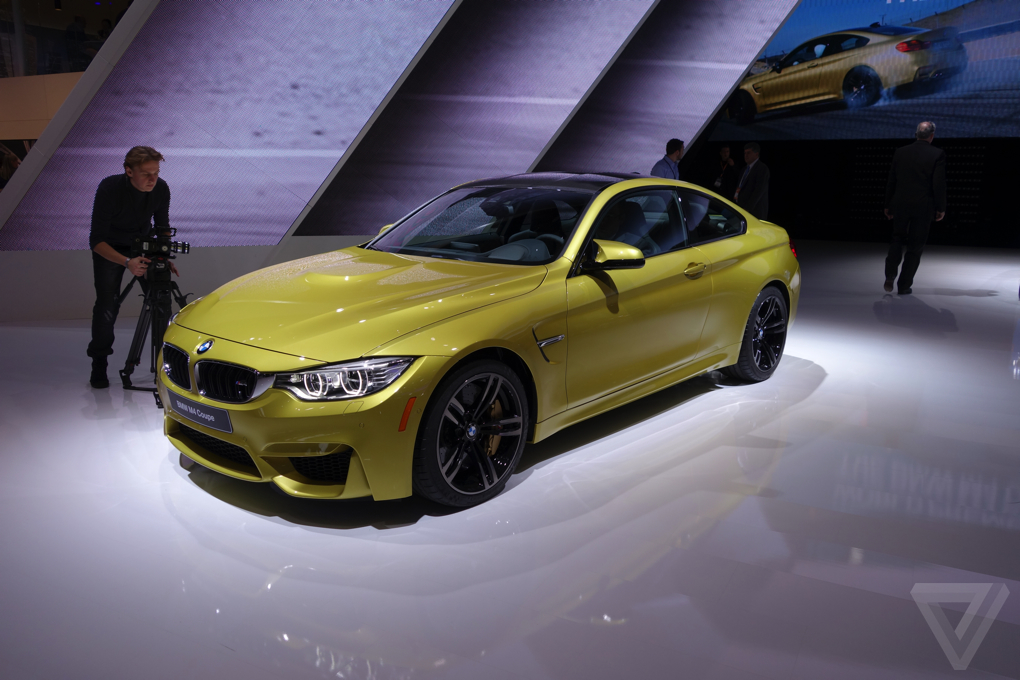 But even as these test drives happened miles away from the show floor, my wonderful (and occasionally terrifying) automotive odyssey was very much intertwined with CES — even when I was testing the new Stingray’s Performance Data Recorder some 60 miles beyond the Strip. "The tech companies and the car companies are going to have to work together in a way that they haven’t," says Jim Farley, an executive vice president at Ford responsible for global marketing, sales, and service. "We are just at the beginning of the journey. We are obviously quite far behind the consumer electronic industry, but we’re making a lot of progress."

"We are just at the beginning of the journey."

That’s not to say that carmakers are migrating to Vegas, leaving traditional auto shows like NAIAS behind. Rather, CES is developing into an entirely new kind of presence for the industry. The Detroit expo, which kicked off its first press conferences just hours after CES 2014 closed its doors, looks as healthy as ever from my vantage point on the show floor. Launches of Toyota’s mesmerizing FT-1 concept and Chevrolet’s Corvette Z06, a 625-plus horsepower monster billed as "America’s supercar," drew enormous, tightly packed crowds of media that stretched so deep you couldn’t actually see the booth-side stages at all if you didn’t get there early enough.

But CES offers something that NAIAS and its contemporaries do not: a bona fide, visceral, immediate connection to consumer technology. Farley — like his counterparts at GM, Audi, BMW, Kia, Chrysler, Volvo, and others — wants to establish symbiosis between two industries that have historically been out of sync with one another. Chevrolet, for instance, is making a big deal about its decision to include LTE in its cars beginning later in 2014. Yet for AT&T, the carrier Chevy will be using in the US, the first LTE smartphones launched some two and a half years ago. For now, it’s a game of catch-up. 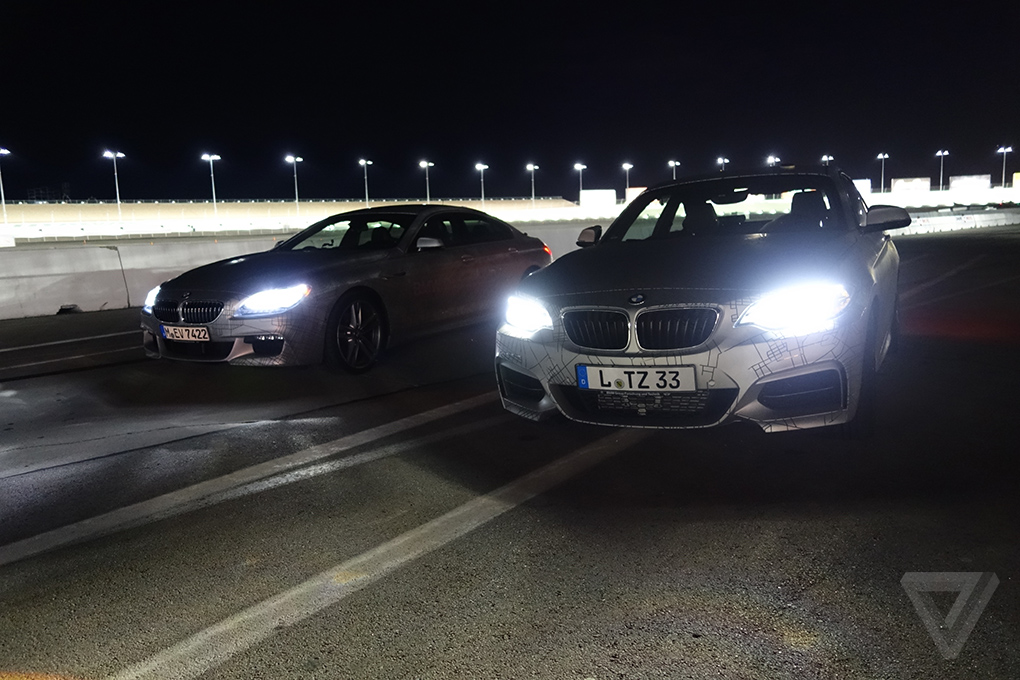 Of course, car companies operate in one of the most heavily regulated and complex industries on the planet. Development time for a new vehicle can span a half decade or more; for Samsung or Apple, a new smartphone loaded with new software comes out every year like clockwork. The intermingling of cars and gadgets won’t lead to faster turnaround times for new models, but it will make cars dynamic, ever-changing platforms: GM’s AppShop announcement essentially turns the car into a giant smartphone or tablet, complete with an app store, cellular connection, and over-the-air updates. Ford, meanwhile, announced that it would be holding its first developer conference this year — a rite of passage for big software platform players.

And beyond the roughly half-dozen automakers with huge floor presences and headline announcements at CES, many others were lurking. "We’ve had meetings with everyone," one supplier told us. You might not see a Porsche booth, but Porsche’s reps are here, talking, networking, making deals that’ll help shape the future of car tech. 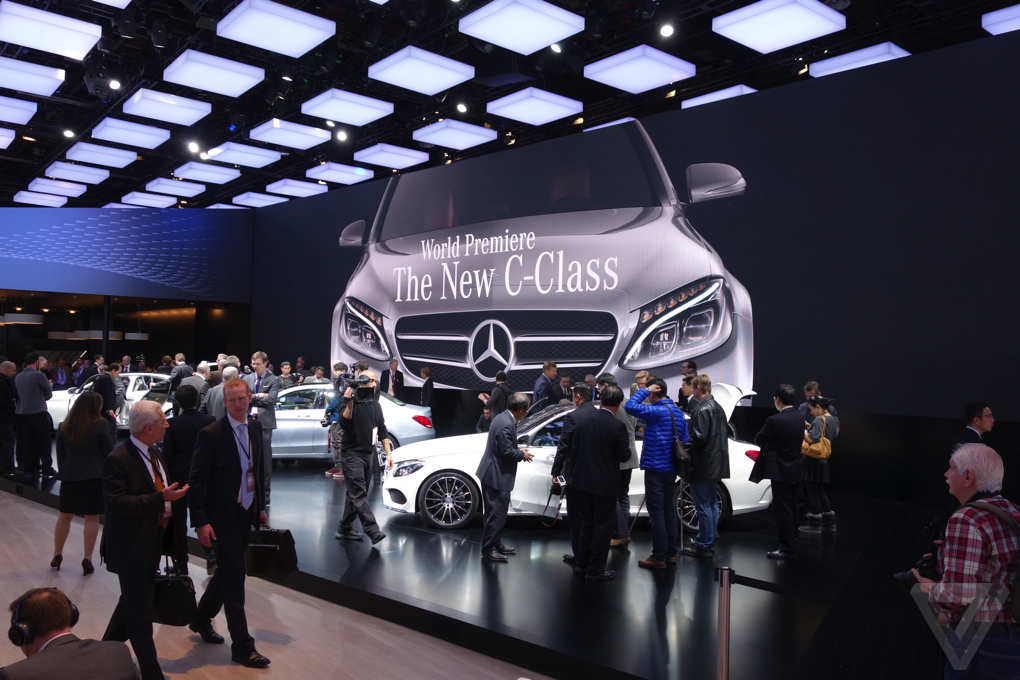 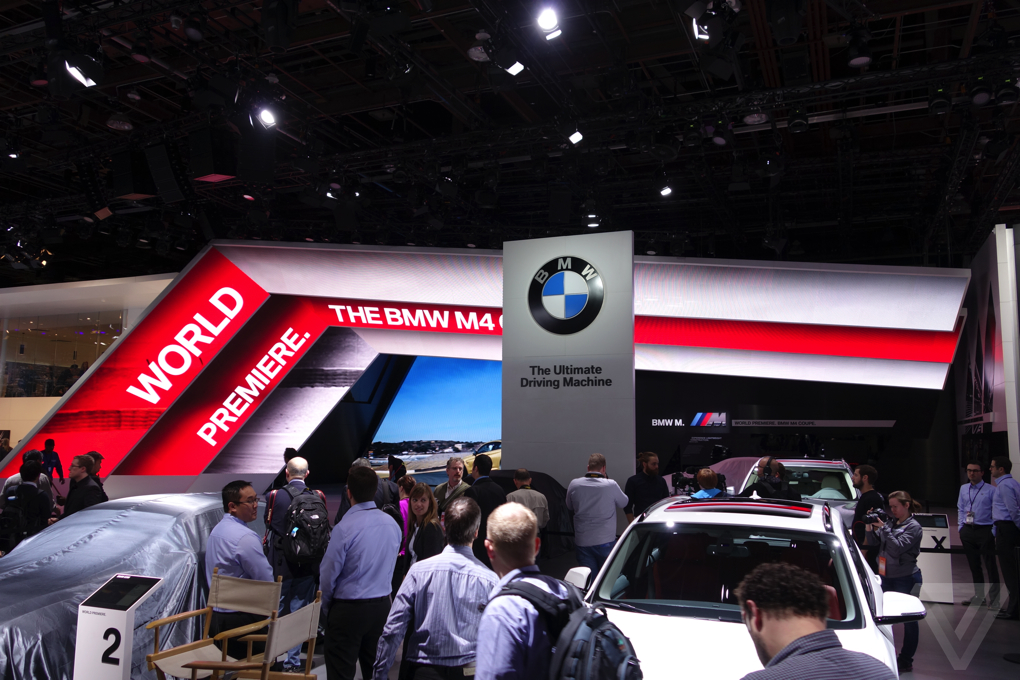 The overwhelming presence from automakers at CES this year is a palpable acknowledgement that the "connected car" — the umbrella term under which all of this is happening — is an inevitability. Today’s children are growing up not knowing what it's like to own a device that doesn't continually update itself, effortlessly becoming better over time. Cars need to keep up with that expectation; automakers are finally beginning to acknowledge that. That’s where CES shines: it’s a place for the gadget-savvy to connect and identify with the automobile, which is slowly transforming from a big dumb box to an LTE-connected tablet on wheels. You don’t need to care about the Z06’s horsepower and torque figures to care about smart apps in the dashboard.

The traditional auto show is very much alive

Meanwhile, back at NAIAS — and other major international auto shows like those in Geneva, New York, Los Angeles, and Tokyo — the story is about the cars, not the technology that underpins them. It’s why Audi commissioned a police escort to demonstrate driver drowsiness monitoring in self-driving cars on the parched asphalt of Nevada’s I-15, not Detroit’s I-75. It’s also why CES felt like the right place for BMW to kick off presales and offer test drives of its all-electric i3, which looks, sounds, and drives like it’s from the future — not to mention the wonderfully bizarre, leaning, three-wheeled Toyota i-Road.

But despite the action and excitement some 2,000 miles west of Detroit, the traditional auto show is very much alive. In fact, NAIAS seems perhaps healthier than ever, judging both by the crowds and the announcements. Audi unveiled its new A8, the company’s flagship sedan. Porsche, which once pulled out of Detroit in favor of auto shows in higher-volume markets, is back in force. The list goes on. You just won’t hear much about self-driving technology or the "connected car" here — instead, you hear about horsepower figures, sales numbers, and stories of automotive design. Car companies appear to have found the bright white line between Detroit and Vegas, and they’re happy to straddle it.

That all makes for an extraordinarily busy January for the automotive journalist. As I moved from demonstration to demonstration at CES, I heard the same refrain from representatives: a confident (if not slightly exhausted) "we’ll be in Detroit next week." With a resurgent auto industry and ownership of the deepest trend line in Vegas this year, don’t expect that to change anytime soon.

The best automotive news of CES 2014