The T2 Ultra, which comes in both single- and dual-SIM flavors, has a 6-inch, 720p display, quad-core Qualcomm Snapdragon processor with 1GB of RAM, a 13-megapixel camera, support for LTE networks, and a large 3,000mAh battery. It's thin (7.6mm) and light (6.1oz) and is more or less a toned down version of the Z Ultra. Sony notes that the T2 Ultra's display extends to within 2.5mm of the edges of the phone, providing a thin bezel and a body that's no wider than a standard credit card, despite the large size of the display. The company calls it the "world's most portable 6-inch smartphone," which doesn't make it sound too portable to us. 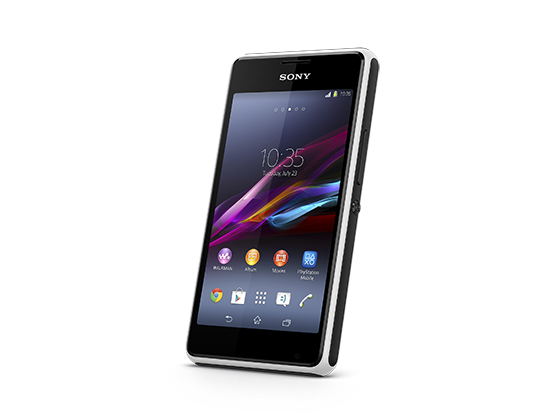 At the opposite end of the spectrum lies the Xperia E1 (also available in single- or dual-SIM versions), which has a 4-inch, 480 x 800 pixel display, 1.2GHz dual-core processor with 512MB of RAM, and 4GB of storage. The E1 does not have LTE support, but it does work on HSPA+ networks. Sony touts the performance of E1's 100db external speaker, which is said to be loud enough to drown out the sound of a passing motorcycle.

Sony likely won't release the T2 Ultra or the E1 in the US, but the company says they will be coming to China, the Middle East, Africa and Asia in the near future. Exact pricing information for the phones has not yet been released, though Sony says the T2 Ultra and E2 will both have "mid-range" price points.