Lomography Konstruktor review: the $35 camera you build yourself

A little money, a little elbow grease, a lot of camera

As camera-makers trim their point-and-shoot lines in the face of encroaching smartphones, one company is keeping the faith and doing what it's done for the past three decades. Lomography's wide range of film cameras dates back to the early ‘90s, when some students in Vienna discovered the potential of the Russian LC-A, but shows no signs of slowing down — after all, if the company managed to survive the explosion of digital photography, phones are unlikely to be of much concern.

Lomography puts out a variety of cameras that work with just about any film format still in production, but its most recent product, the Konstruktor, is at once one of its most conventional and radical: it's a 35mm SLR, but one that you build yourself for $35. The Konstruktor is Lomography's first SLR, with a more complex design than most of its other offerings, and yet the company has entrusted its customers with the construction.

It’s one thing to ditch the sterile efficiency of digital photography for 35mm film, but it’s quite another to take on the task of assembling the camera yourself. The Konstruktor is a proposition unlike any other, so let’s see how it — and its photos — turn out. 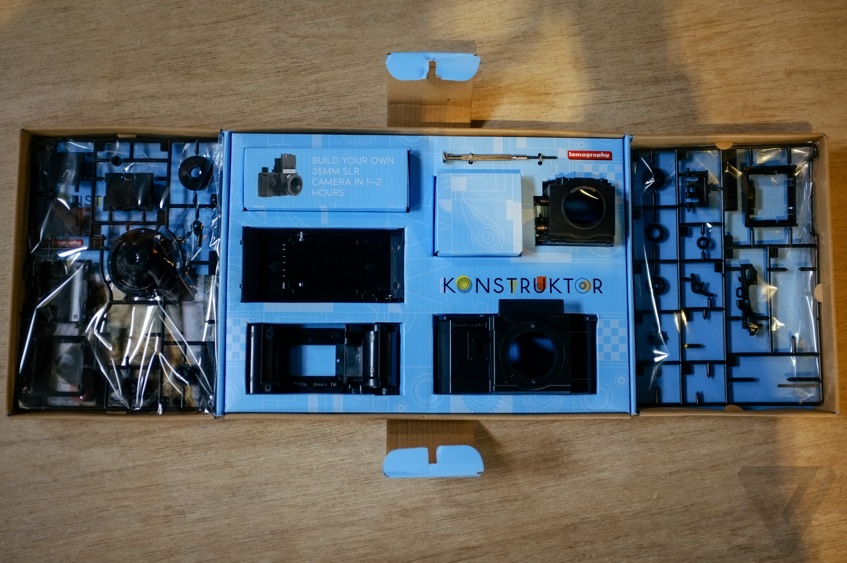 I live in Japan, a country with a large audience for both photography and DIY model kits. Besides the usual toy robots, you can find more esoteric options — one popular magazine called Otona no Kagaku (Science for Adults) comes with kits to build everything from electric guitars to analog synthesizers. I once helped my brother build a 1930s-style twin lens reflex camera from one of these kits, so the idea of the Konstruktor wasn't totally alien to me. "The Konstruktor is a favorite in Japan," says Lomography's Nadia Sheng. "We attribute this to the Konstruktor's tactile design concept and Japanese hobbyists' long-spanning interest in both plastic model kits and photography."

Anyone can build this camera, Lomography says – but it's not easy

I say all this because, coupled with my long-standing love for film cameras — including some made by Lomography, like the updated LC-A+ — I should be the perfect customer for the Konstruktor. But Lomography is aiming the kit at a wider audience. "We believe that 12-year-old kids are also able to build the Konstruktor," the company tells me. "Building the Konstruktor is not necessarily connected to expertise — it is also a question of patience and concentration."

That could be why building the Konstruktor sent me into multiple fits of rage. For the most part, putting the countless pieces together is a simple question of following diagrams and using the provided screws and screwdrivers. But certain steps in the construction nearly drove me over the edge, requiring either impossibly deft manual dexterity or a preternatural ability to decipher opaque instructions.

"Design-wise, it was very hard to find a [construction method] that was not too hard to build but also not too easy, as it would be boring," the company tells me. To that end, the most complex element of an SLR's design — the light chamber with the flipping mirror — is more or less pre-assembled, only requiring that you attach various elements of the Konstructor around it. This is definitely a good decision on Lomography's part. The company says the camera can be built in between one to two hours — it took me about an hour, except for one step that ate up 20 minutes by itself and another that stretched over two days. 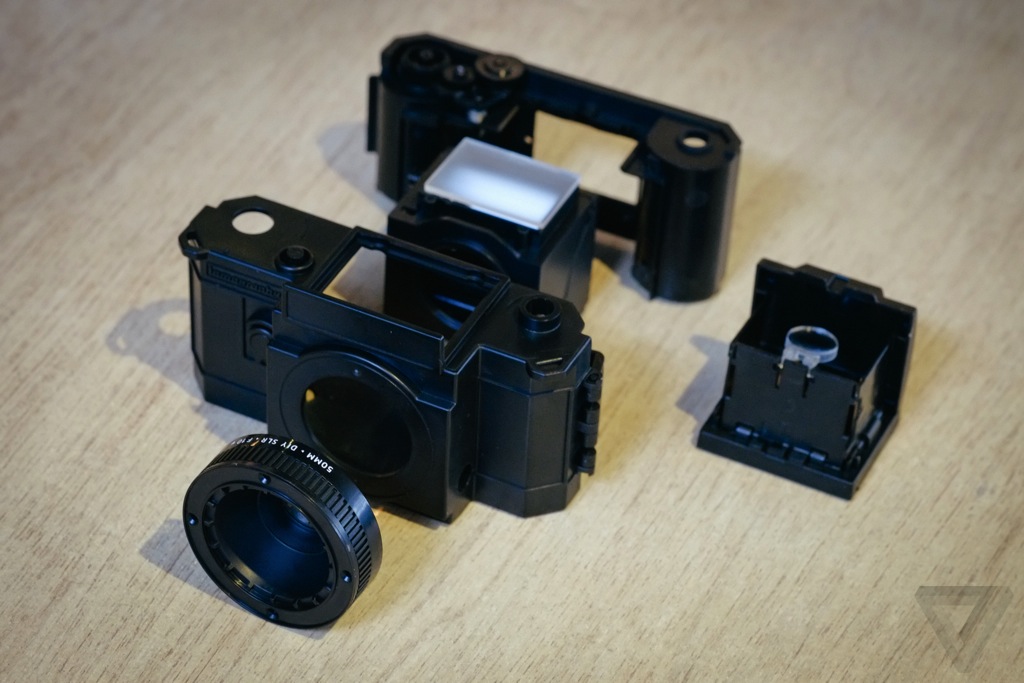 The first step is to assemble the lens, which appears simple on the face of it; the optics are all contained in a single part, and you just need to fit that part to the barrel and the mount. But the instructions don't make it clear in which order these pieces slot together, leaving me with irrevocably blocked bayonet lugs that made it impossible to mount the lens on the camera. Fortunately, a trip to the Tokyo Lomography store the next day resolved my issue. But not everyone lives near a Lomography store, and I can see this causing problems for some — just make sure not to make the same mistake I did.

Another stumbling block involved a tiny spring with looped ends used in the shutter mechanism. Hooking it onto the necessary parts is a task fiddly enough to quicken the pace of a heart surgeon, but from the instructions you'd expect it to be as simple as hanging a coat on a rack. It’s one of the rare times you have to do anything more complex than slotting and screwing plastic parts together, and it’s going to surprise quite a few people that buy this camera.

There are a couple of big sticking points, but it's always fun to build

But, as Lomography rightly points out, the Konstruktor wouldn't be much fun if it were too easy to build. Frustrating as many of its stages were, they made things all the more satisfying when I got to apply the finishing touches by picking my own stickers and leathery grip. Sure, I might have preferred for more of the challenge to come from complex design rather than a vague set of instructions, but it felt good to finally have the completed camera in my hand. 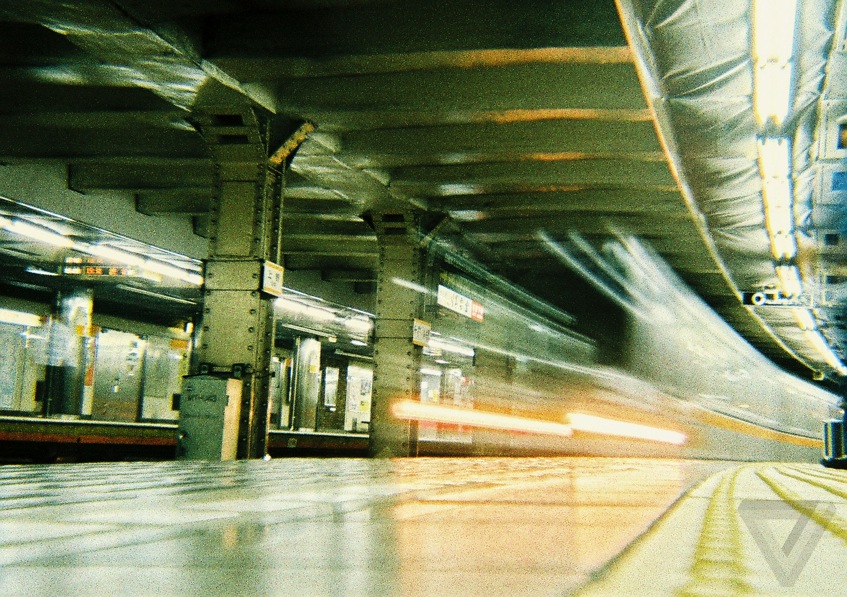 So, how is the Konstruktor to shoot? It's actually kind of a blast. The secret is the viewfinder, which is a lot of fun to use; while the ghostly image is a little dim on the ground glass, it's clear enough to enable pinpoint focusing. This has historically not been an option with Lomography cameras, most of which offer basic zone-focusing controls or none at all. I also loved using the manual shutter cocking mechanism, where you flip a lever next to the lens in order to move the mirror into place. It's a tactile action that gives the camera even more of a hands-on feel.

Despite its precise focusing and use of "full-frame" 35mm film, however, the Konstruktor isn't a great camera for anyone looking for extreme depth-of-field effects. The lens is a 50mm prime, which is a reasonably versatile focal length, but its fixed f/10 aperture limits the ability to blur backgrounds unless you're focusing on a close subject with a lot of space behind them. The decision was likely made because of the basic nature of the camera's shutter, which is also limited to a single, fairly slow speed of 1/80. Even with 100 ISO film, my photos turned out well-exposed on a cloudy day, so a wider aperture may have been impractical. Lomography tells me that the lens' specifications are matched to the mirrorbox, but the Konstruktor's mount allows for easy removal and attachment, and the company recently released a $19.90 pair of close-up and macro lenses. Lomography told me earlier that the question of additional lenses for the Konstruktor system was the company’s "best-kept secret," so it’s possible that more will follow.

The Konstruktor is surprisingly solid for something that I "built" myself, but it's not without issues. Although the completed camera feels at least as sturdy as many other Lomography products, a lot of the moving parts are a little too stiff. Turning the focus ring would often twist the entire lens off its mount, and — more problematically — the film-winding knob sometimes fails to move the correct amount, leading to unintentionally overlapping photos. Some Lomography aficionados would argue that such accidents are all part of the fun, but for a camera that at least theoretically allows for greater precision than most of its peers, it's more of a bug than a feature.

Compounding this is the unreliable shot counter which, no matter how tightly I screwed it on, just would not move reliably with the film spool. If I put down the camera in the middle of shooting a roll, I'd have no idea how many pictures I had left — even if the film had wound on correctly. More oddly, there's no window on the back of the camera to indicate what type of film is loaded. Those planning to use the Konstruktor intermittently had better hope they remember the ISO they're shooting at. 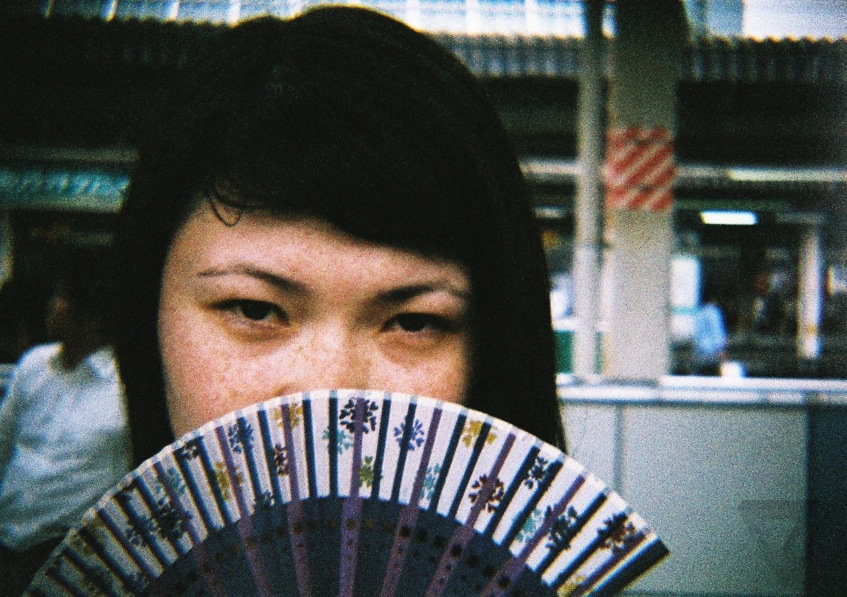 But this is a $35 camera, after all, and knowing what I do about the way it was put together makes its flaws as charming as annoying. I remember the first time I got a roll developed on a Holga camera; the lack of electronics inside made me feel like I'd physically directed the light onto the film myself. The Konstruktor amplifies that feeling to infinity. Each frustrating twist of the film knob is rendered worthwhile when you see the results it brings. Perhaps more than any other camera, the Konstruktor embodies the spirit of Lomography's devil-may-care ethos.

As such, the excitement and trepidation before getting your photos back is stronger than ever with the Konstruktor. And the results, unsurprisingly, are mixed. I found that quite a few photos turned out blurry due to me accidentally flipping the flimsy bulb mode switch, and despite the smooth focusing mechanism, the plastic lens is rarely very sharp. But that's almost expected with most Lomography cameras — the unpredictable results are why you shoot this way, not a reason to be disappointed.

I got at least a few keepers on each roll I shot, which is par for the course with toy cameras. The Konstruktor does particularly well with black-and-white film, in my experience, producing soft tones that flatter the slow lens — otherwise, you'll want to shoot at ISO 100 in good light to get similarly clean pictures. 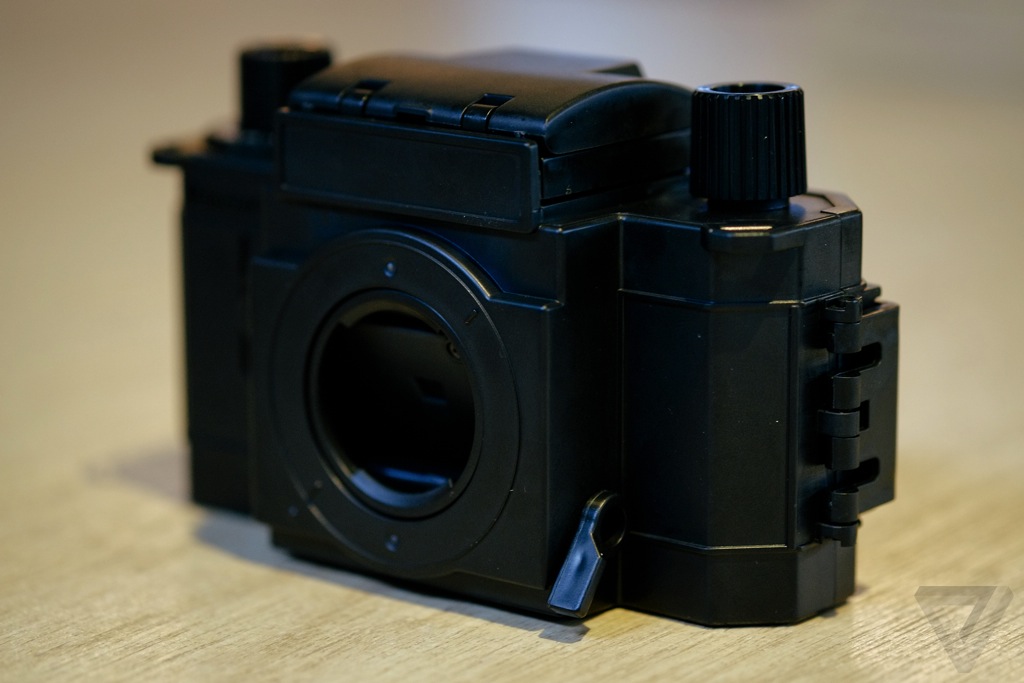 At $35, I have a hard time not recommending the Konstruktor to anyone with an interest in photography. The build process strikes the right balance between frustrating and rewarding, the finished camera is unique and a lot of fun to shoot, and although the images you get back are obviously not of the best technical quality they're very much in line with what you'd expect or hope for from a Lomography camera. And, as long as you're willing to go through the arduous process of developing film in 2014, you’ll feel a lot prouder of the idiosyncratic results.

It's also a pretty good entry point into film photography as a whole. Putting the pieces together for yourself gives solid insight into the mechanics of how cameras work, and the fixed exposure settings mean you don't have to do much more than point, focus, and shoot. The Konstruktor is a perfect rainy-day project for anyone, but for some it could be the first step toward a new passion.