Share All sharing options for: HP smartphones come back big with 6- and 7-inch 'voice tablets'

HP has announced plans to launch a pair of small tablets that can make calls in its first move towards making a smartphone since canning webOS. The HP Slate6 VoiceTab and HP Slate7 VoiceTab are a pair of Android tablets with 3G onboard designed for users who want to "consolidate their phones and tablets" into a single device.

The smaller tablet is the same size as some smartphones

Both tablets run Android 4.2 and feature unspecified quad-core processors, 16GB of storage, microSD slots, HD front and rear cameras, dual SIM slots, and stereo speakers. In an interview with Recode, HP's Ron Coughlin reveals the 6-inch device has a 720p display while the 7-inch version has a 1280 x 800 display. The back of both is coated in what HP describes as "a premium pixilated, scratch-resistant back cover design." It's been 16 months since HP CEO Meg Whitman admitted the company will "have to ultimately offer a smartphone," and the VoiceTabs — the smaller of which is the same size as smartphones already on the market like the LG G Flex — are the closest the company has come to a smartphone yet. 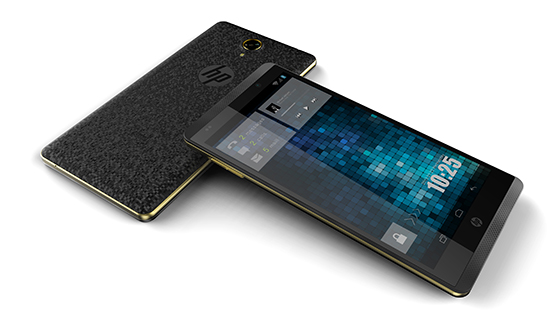 The tablets aren't intended for the US, but instead will be released in India next month. While it has faded elsewhere, HP's consumer PC business remains strong in India, and the company is hoping that brand-awareness will see its new VoiceTabs to success. Although pricing and processor specifications have yet to be made public, it's likely the tablets will be low- to mid-range: a press release announcing the devices notes they're going to be "great value."