Share All sharing options for: Pandora launches station recommendations on iOS and Android

Pandora has always tried to introduce its listeners to new music, and today it's launching yet another way of doing that. On both its iOS and Android apps, Pandora will now recommend new stations for listeners based on artists it thinks they might like. As with individual stations, Pandora says its choices will get better over time as it learns more and more about whoever's listening. Up to six recommendations will appear at a time, and Pandora says they'll be based on each listener's current interests.

Recommended stations will automatically appear when users begin creating a new station of their own, or if they scroll all the way to the bottom of their exiting list of stations. It's a minor, but helpful feature that may be more important to Pandora itself if the recommendations can get users to continue listening to music on its service. 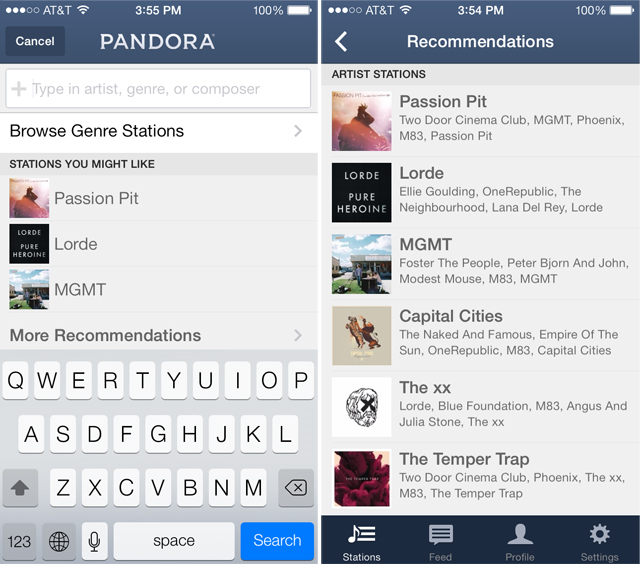