The sound of Roland's legendary TR-808 drum machine has filled countless electronic and dance recordings since the device's introduction in the early 80s, and now over 30 years after its discontinuation, Roland appears to be coming back with a successor. In a new video, Roland discusses the history of the TR-808 while teasing a new device, called the Aira, that it suggests will be a modern and exciting evolution of the revered drum machine. "The time has come to take the next step," Roland's Atsushi Hoshiai says.

Supposed images of the new machine began circulating online today too (below). While its stylish, glowing green and brushed black surface doesn't resemble the prototype that's briefly shown in Roland's video, its knob and button layout does, so it may well be a first look at Aira. Otherwise, there are no hard details on the new machine for now, but Roland's teaser comes just a week before NAMM — a major music trade show — kicks off in California. That's a likely location for Roland to unveil the device, and it'll certainly have plenty of eager fans looking forward to what it might show off. 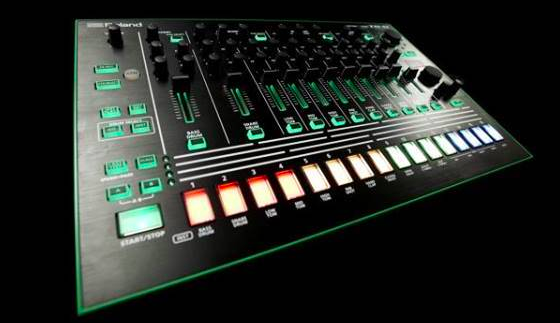