Messenger is just the tip of the iceberg

Facebook’s new Messenger app is lightning fast and utilitarian — a vision of the "mobile first" mentality Facebook promised one year ago. In an earnings call two weeks after Messenger launched, CEO Mark Zuckerberg reflected on how the company had "historically" moved forward by building a lot of features into its core app — and how things were about to change. "We also have a few separate apps that are widely used, such as Instagram and Messenger, our standalone messaging app," he said. "In the future, we expect to develop more of these services to help people share."

At the time, Zuckerberg’s statement didn’t generate any headlines or much attention, but The Verge has learned that he was hinting at the company’s 2014 strategy: Facebook plans to produce a number of slick, standalone apps designed for mobile. "When Mark says something like this publicly you can imagine that the company is following through on it," said one source. If all goes as planned, Facebook is running headfirst into a fragmented future. But that might not be such a bad thing. 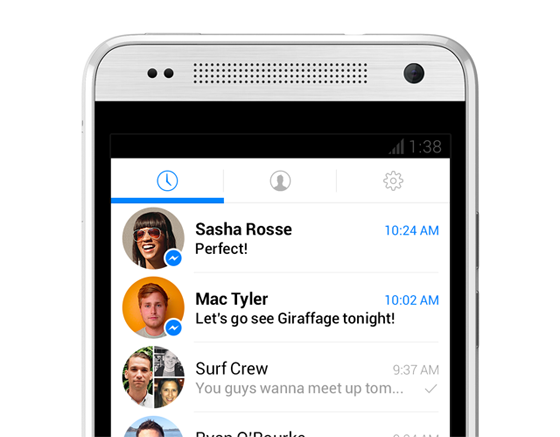 Over the years Facebook was filled to the brim with photos, weather, classifieds, coupons, comics, games, links, and more. But when the App Store launched in 2008, everything changed. The iPhone’s endless grid of apps trained us to crave tools that deliver value swiftly and in single-serving portions. Facebook’s smorgasbord of features made sense on the desktop, but not on mobile, where they feel buried under layer upon layer of interface. The app grew fatter while simpler competitors like Instagram "unbundled" Facebook’s core features, manicuring each one for an increasingly mobile world.

Today, Facebook thinks of Instagram internally as its standalone photo app, and Messenger as its chat app, sources say, so where else does the company go from here? Fortunately for Facebook, it already employs some of the best engineers in the Valley and has the cash to acquire smaller competitors. The jury’s out on how Facebook plans to handle the ephemeral messaging trend, considering its Poke app flopped and Snapchat rebuffed its $3 billion acquisition offer, but there are other very viable opportunities for expansion across the spectrum of the average user’s daily activities.

Messenger for iPhone and Android recently underwent complete transformations into faster, more capable messaging apps — and they hardly have any Facebook branding. By focusing the user’s attention on what Messenger provides — speedy, cross-platform communication — Facebook’s throwing light on the app’s functionality and not on itself as an all-encompassing empire. Messenger hit number one in the App Store over the holidays, beating out Instagram, Snapchat, and other chat apps, and it’s currently the most used messaging app in the United States. If Facebook models its new apps after Messenger, they could be successful.

The most potent opportunity for Facebook is news. Zuckerberg recently said he wanted the site to be the "personalized newspaper" you flipped to each morning, and Facebook’s recent News Feed changes put a far greater emphasis on news than ever before. The company says that its data shows that users want fewer memes and more breaking news stories. Although that’s been contested, most of Facebook’s 1 billion users have never used RSS readers or even Twitter, which means the company is in prime position to provide the same kind of utility to many users. Facebook already does this, except the news is interspersed with photos of friends, which isn't ideal for mobile. 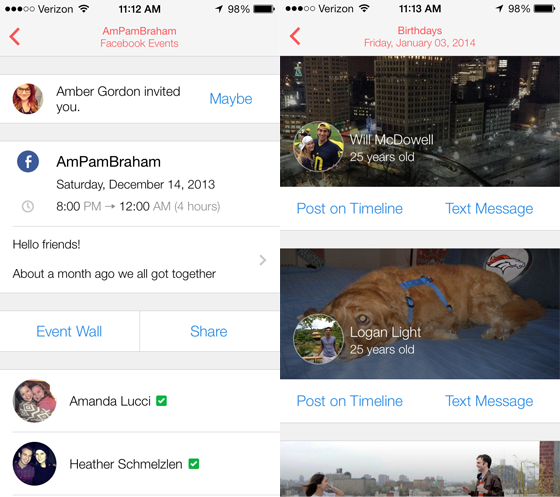 As the App Store Top Charts seem to prove, people don’t seem to be looking for "an inbox for everything," but instead for sharply focused apps delivering solid value at a moment’s notice. If Facebook provided a better-packaged and better-curated news app than Prismatic, Pulse, Flipboard, Circa, and most recently, Yahoo News Digest, a big portion of its user base might just enjoy it. A report this week by Re/code’s Mike Isaac indicates that Facebook is indeed planning to launch such an app later this month.

Facebook has largely ignored the popularity of its Events product

Calendar could be another opportunity for Facebook to embed itself into its users' lives. Facebook Events are perhaps the most popular way to send out birthday party invites — yet Facebook has largely ignored its potential. All the while, free apps like Sunrise tastefully bundle Facebook events into your Google or iCloud calendar. A Facebook Calendar app, like the new Messenger, would have to be the best calendar app — not the best Facebook Calendar app — which means no spammy "Sponsored Events" or suggested parties. The app could plug into Google Calendar, like Fantastical or Sunrise, but provide the best Facebook Events experience, since that’s what people are using to track of events they’re attending. It’s also worth noting that Facebook is still the place most people check to keep up on birthdays — a sorely undervalued and essential functionality that Sunrise duly steals.

A third potential gold mine for Facebook is mobile search. Facebook’s Graph Search product, which has yet to make its way to mobile, struggles with the real world largely because it’s not always with you. Searching for "Sushi restaurants my friends like" isn’t nearly as valuable at a computer as on your phone when you walk out of a movie at 7 PM. Foursquare’s repeated emphasis on mobile is further proof that users search for places to eat and drink on their phones, but Facebook’s local recommendations search has been a no-show. Foursquare hasn’t exactly hit it big, but with the help of your friends' Likes, a Facebook mobile search product could potentially be very compelling. 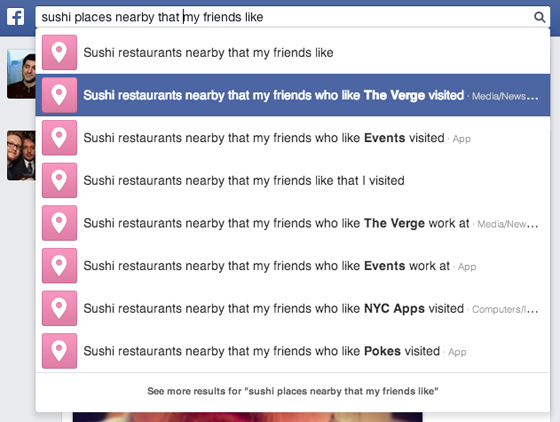 Facebook has, of course, already tried this fragmented approach before with apps like Facebook Camera and Poke, but I’ve heard from sources over the last year that these apps functioned more as experimental testing beds than anything else. Poke was a glorified hackathon project and Camera was a misguided hedge against Instagram, but both showed Facebook is willing to break pieces of its service apart to see if they work. New, separate apps might throw a wrench into Facebook’s News Feed-based ad model, but it’s a sacrifice the company will have to make. It can figure out that part later, just as its free competitors plan on doing.

When Square Cash launched, I asked product manager Brian Grassadonia why Square didn’t put Cash inside of its existing Wallet app. He laughed as he explained that doing so could doom Cash to a role as a "feature" and not as a product unto itself. With Messenger, Facebook has shown that it understands this principle, and it seems clear that it will act on its learnings in 2014. In fact, Zuckerberg plans to appear for the first time at Barcelona's Mobile World Congress next month. Perhaps with separate apps, it can not only be more agile, but more focused, dumping apps that underperform while pulling resources into apps that catch on without constantly reorganizing its main site.

In September Zuckerberg compared ten-year-old Facebook to electricity. "Maybe electricity was cool when it first came out but pretty quickly people stopped talking about it because it’s not the new thing. The real question you want to track at that point is, are fewer people turning on their lights because it’s less cool?" Zuckerberg made Facebook an indispensable utility on the desktop, and after years chasing the coolest apps in the market, it’s time to see if he can repeat the success on mobile.