The death knell of the Bluetooth headset seems to be sounding everywhere. We don't make phone calls anymore, and our phones are never far away anyway. Plus, the headsets never defeated their social stigma — the "BlueDouche" problem remains.

But Jawbone Senior Director Tim Pryde tells me the tide may be shifting. And he makes a surprisingly compelling case for why Bluetooth headsets (which he reminds me were wearables before the term became a buzzword) could make a comeback. And more specifically, why the new $99 Jawbone Era could be the perfect device at the perfect time.

The key, Pryde says, is making a Bluetooth headset about more than just making rapid-fire phone calls. A long press on the Era's single button activates Siri or Google Now, which have grown to offer a surprising amount of two-way communication without ever forcing you to look at your phone. Voice control is simultaneously becoming both better and more widely adopted, as devices like Google Glass teach us how to talk to our devices, and a headset like the Era makes the process far more efficient. 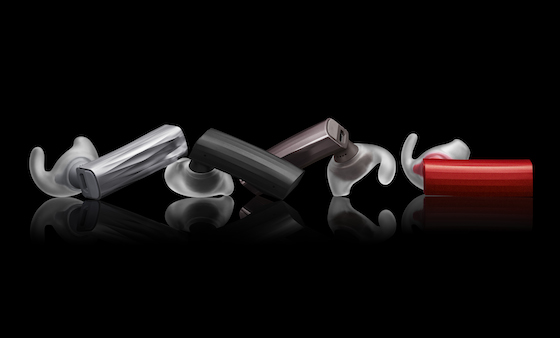 I spent a day with an Era in my right ear, shouting commands and questions at Siri as she navigated me to Starbucks, told me about my text messages, and never let me miss a calendar appointment. I never once had to take my phone out of my pocket. It's fast and convenient, and felt far less antisocial than staring down at my screen while I walked down Sixth Avenue. There's only one button on the device, so the controls took a bit to learn, but it's remarkable how much I could get done without unlocking my phone — the world of Her doesn't feel so far off anymore.

Google Glass serves Jawbone in another way, too: it's changed the rules for what people can wear in public. Next to the gaudy, strange spectacles that force users to cock their eyes up and to the right, the new Era — 42 percent smaller than the last model, barely larger than a stick of gum — is practically understated. It comes in black, red, silver, or bronze, with tips for either your right or left ear. I wore one for several hours without any discomfort, and without the judgmental looks I once expected. Everyone now talks to themselves as they walk down the street; Jawbone's actually offering one of the least clumsy and ostentatious ways of doing so.

Of course, audio quality is still paramount for a Bluetooth headset. The new Era supports wideband audio, meaning everything from FaceTime calls to Skype conferences will sound as good as they should; it will also work with HD Voice, so phone calls will sound markedly better as well. Pryde says he believes higher-quality audio will lead to a resurgence in our desire to communicate with voice, and if he's right Jawbone is ready. 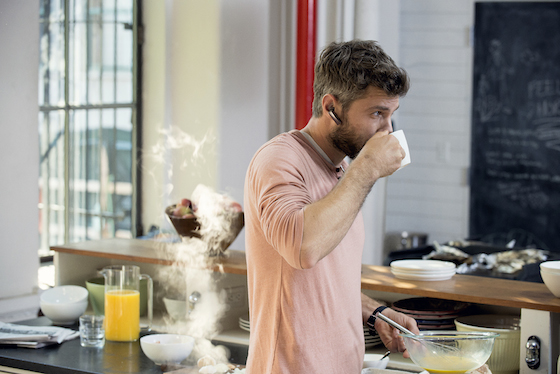 Ensuring call quality is mostly about noise cancellation, which Jawbone has long been known for. But the new Era also has a wider, fuller sound profile. Pryde says Jawbone's user studies over the two years since its last headset showed that many people use their headsets to listen to music, and the Era is now much better-equipped to handle more complex audio. Its dynamic volume responds to the world around you, and while it certainly won't replace your speakers or headphones the Era does sound surprisingly good.

Bluetooth headsets have long been written off as a relic of an older age. But if voice really is the next interface, what's old and fusty may soon be cool again.