You can now download your tax return transcripts from the IRS

You can now download your tax return transcripts from the IRS

A small part of doing your taxes might not be so daunting anymore. An official from the United States Department of the Treasury announced today that Americans can now download their tax returns directly from the IRS from the new service Get Transcript. The announcement was made at the White House’s education "Datapalooza," a meeting of hackers and policy leaders that explored how open government data can help the country's education system. 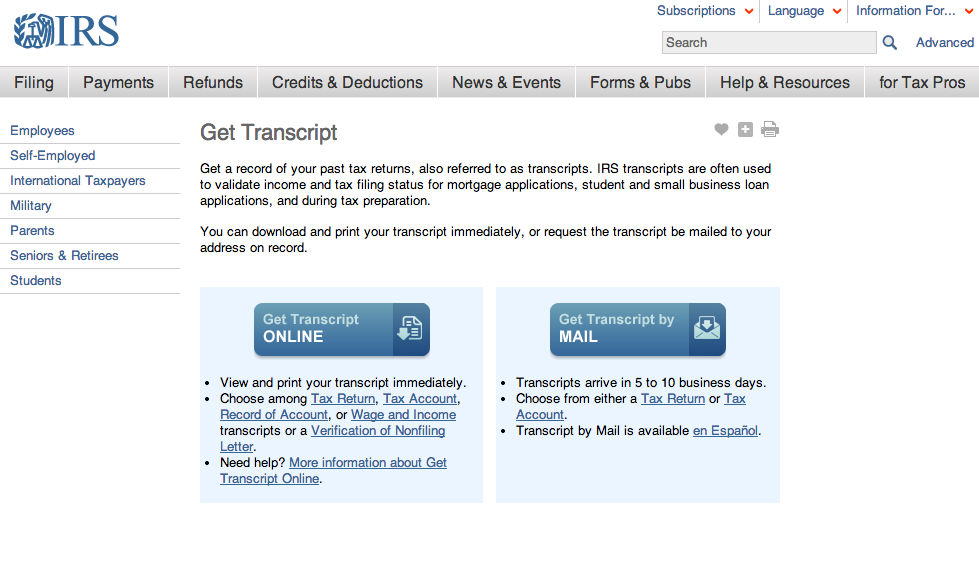 One would think that in 2014, getting your tax information online would already be an option. Previously, the process was laborious: you had to fill out a questionnaire and then wait 5-10 business days for physical forms to come in the mail. Get Transcript sounds like a much needed technological upgrade, letting taxpayers view, print, and download years worth of tax transcripts. If it can avoid having as many glitches as Healthcare.gov had during its rolling-out, it could restore some of the faith Americans had in online government tools, and the future of open government data.