Robert Greenwald has made films for more than three decades; recently, that’s meant guerrilla documentaries on a small budget, released through his production company, Brave New Films. He’s used social media and inexpensive distribution to get his message out. His most recent film, Unmanned: America’s Drone Wars, investigates US drone policy, including testimony from people on the ground. Last October on Capitol Hill, Greenwald testified with the Rafiq Rehman family, the first Pakistani drone strike survivors to appear before Congress. In the following conversation, edited for length and clarity, he discusses why he thinks drone strikes are counterproductive, how they got to be such a major part of US policy, and why we have such a hard time talking about them.

What drew you to this topic in the first place? Did your perspective change as you worked on the documentary?

I was drawn to it because I’ve done a series of films and investigations around the war issues. I did the first film around the Iraq war and the reasons we were given for it; I did another film called Iraq for Sale about war profiteering; I went to Afghanistan and did a film challenging the military policy there. I see the idea of the bipartisan militarization of policy — the bipartisan belief that we will be safer by invading or occupying or droning — as one that is highly questionable. The drones were another example to me of a belief that there is a silver bullet. Is it counterinsurgency; is it counterterrorism — whatever is the philosophy of the moment or, in this case, the tool of the moment. It’s consistent with what I’ve been interested in, what I’ve done a series of films on.

When I did the research, it didn’t seem possible that what we were hearing was accurate. That here was this new tool, and it was only getting very dangerous people. I don’t believe in Santa Claus, I don’t believe in the Tooth Fairy, and this seemed really, really questionable. But I wasn’t sure, and I didn’t know how much damage was being done. I thought maybe, in the larger scheme of things, there is some rationale for it. The people advocating for this are not stupid people.

But when I interviewed people — “game-changer” is an understatement. It was an extraordinary experience to talk to person after person who clearly is innocent, who clearly has had family members killed who shouldn’t have been killed. Then to speak to experts in Pakistan: most notably Imran Khan saying to me, “Yes, there were 100, maybe 200 fanatics in the tribal area, and now you have 80,000 people who hate you. How will that make you more secure?”

I started more with questions, and then it moved to a stronger and stronger opposition. The people made it clear to me that the policy was not one that could be justified, on any level. Ultimately, none of the arguments held up for me, over the course of a little over a year of working on the film. 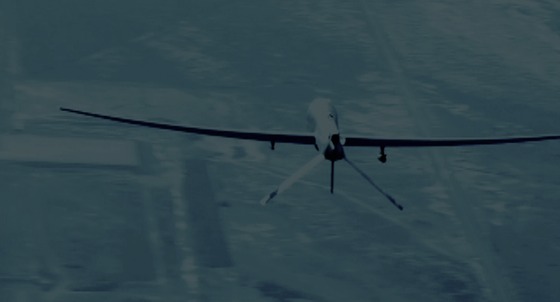 What are the arguments in favor of using drones this way?

The first argument was that they’d target only high-value targets. They’re not doing that. We’re seeing thousand and thousands of people in different countries who are not high-value targets. How do we know? Because whenever there is a high-value target, they announce that. But those numbers are 2 percent, 3 percent. So you can’t say this is a policy of going after high-value targets when it’s such an incidental percentage of what we’re doing.

Why is it expanding like that? Is it the philosophy, is it the CIA, is it bureaucrats taking over? We’re never going to know that, but it’s clearly gotten beyond what was initially suggested.

That’s one argument. The second argument is of an imminent threat: somebody’s going to do something now and the only way to stop him — this is partly a legal argument — is with a drone. Well, I don’t believe even the government or the CIA or the White House has articulated a single case where someone represented an imminent threat, say a person holding someone hostage or a person who has a gun and is about to shoot someone. I’ve never seen that argued; based on the information that we’re getting, it seems hard to believe we’d have that kind of situation.

Another argument is that these drones are incredibly accurate. Technically, they are. What’s the problem? The problem is the information being given to the technically accurate drones is, over and over and over again, inaccurate information. Whether it’s somebody settling a grudge because so much money is being offered for targets; whether it’s mistaken names; whether it’s military interventions trying to clean up battles that they’re having — there’s a variety of possibilities.

The main one that I heard repeatedly in Pakistan is the idea that in a very, very poor area, money is being used. We saw this policy in Guantanamo: the CIA spent a lot of money around Afghanistan, and you had a lot of people wind up in Guantanamo and in Iraq who, by the government’s own admission, were innocent. That’s a fundamental problem with the policy.

The other argument is that this is much better than sending in troops. Well, that’s not the question. Nobody in their right mind is talking about sending troops to invade Pakistan, yet we have drone strikes ongoing there. That argument sounds good, but it’s not an accurate description of the alternatives. 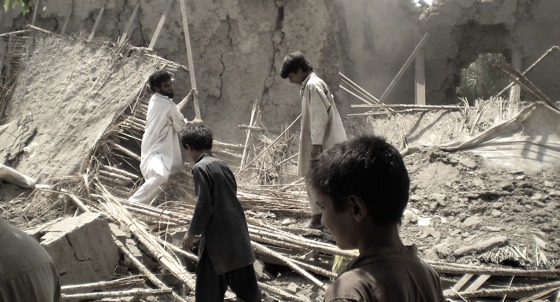 We’ve been using drone strikes for more than a decade, but it seems as though a sustained, serious conversation about the policy hasn’t really taken place. Do you think it will?

I think it’s a hard conversation for people to have. And they don’t want to have it for a couple of reasons. One is it’s a conversation that challenges an essential, almost religious belief that military solutions are available for the most difficult, complex problems. The drone situation suggests that’s not true.

I definitely think there was a spike in discussion around the John Brennan CIA confirmation. What we were frankly trying to do was to ignite another conversation. Hopefully we’ve been able to do a little bit of that. You never know — it’s only when you look backwards can you say, "Yeah, I think we were able to help there.”

"The Iraq and Afghanistan wars have not made us safer."

I’m optimistic and I’m pessimistic. I’m pessimistic because the entrenched interests, both philosophical and financial, that are supportive of military solutions are extraordinary in their size and power. That makes me pessimistic. I’m optimistic because of a combination for people really knowing that with all the death and with the extraordinary, horrific human toll and with all the money spent, the Iraq and Afghanistan wars have not made us safer.