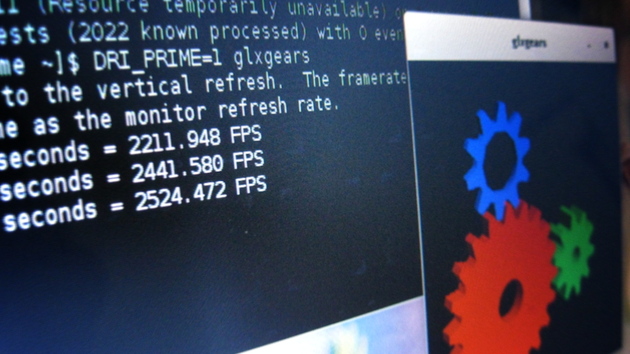 Recent developments in kernel-land have made me extremely excited. In particular, 3.12 and 3.13 have brought massive improvements in the open AMD drivers and in hybrid graphics. 3.12 was unstable on my machine, but after 3.13 was released last week I installed it and I could not be happier with its performance.

Of particular interest to me are the improvements which now allow off-screen rendering for muxless hybrid graphics cards. I have been using my current laptop since 2010, and I purchased it with 2nd-generation AMD hybrid graphics. Until recently I have had to log out of my user session to switch on the discrete video. With the new architecture I can just run a program with DRI_PRIME=1 and it will render on that hardware. Furthermore, 3.13 fixed a number of crashes and bugs that were plaguing 3.11-6 (the kernel that shipped with Ubuntu 13.10, on which my current installation is based).

Have any of you been using one of the new kernels? What do you think?