Curating a MoMA for Mario

A gallery of art found on video game walls

Share All sharing options for: Curating a MoMA for Mario

Often overlooked, pixel art "paintings" adorn the fictional walls of many a video game. A new Tumblr called Video Game Art Archive is a curated look back at some of the best examples of the art props created for games; a kind of imaginary gallery you might imagine Mario taking a stroll through on his day off.

Ranging from simple depictions of in-game characters (as seen in The Addams Family and Super Mario 64), to pixelated representations of real-life works crafted for the likes of Castlevania: Legacy of Darkness and Indiana Jones and the Last Crusade, the collection is at its best when its artworks truly capture the mood of the game they're found in. The artworks featured in Final Fantasy VIII and Samurai Shodown III, in particular, display a surprisingly intricate level of detail for what was to only ever be a background prop.

The Video Game Art Archive has only been active for less than a month, and is currently being updated a few times a week. 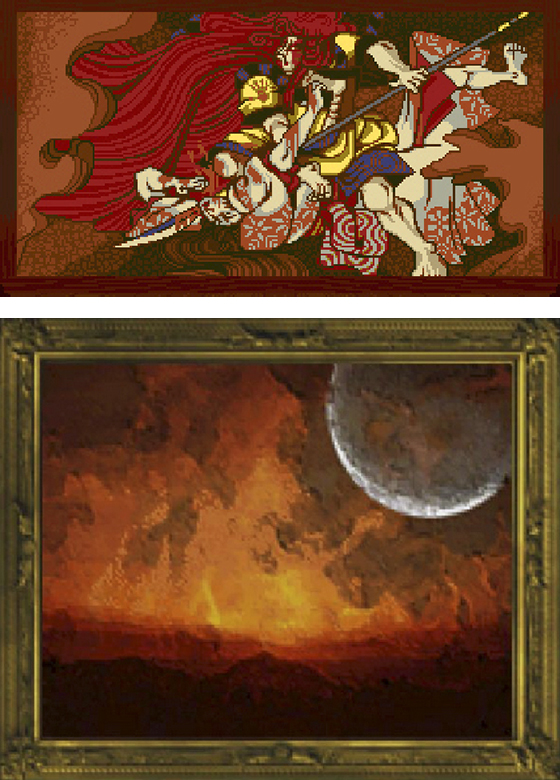