It is easy to get lost in a sea of stupid design and monotonous products at any trade show, and the National Association of Music Merchants (NAMM) is no exception: the Anaheim Convention Center’s basement can feel like a crowded Guitar Center overflowing with cheap Chinese ukuleles, poorly tie-dyed weed leaf guitar straps, and unfortunately-executed karaoke-rave machines. But all that repetitive dullness also serves as a foil for bright and interesting new toys like the candy-colored synthesizers from Brooklyn’s Critter & Guitari.

Where most of the music tech industry relies on a "harder better faster stronger" approach to building features into new gear, Critter & Guitari (not the owners’ actual names) make little half-shoebox-sized audio machines that do just a couple of things really well.

The Bolsa Bass is a kind of playful spiritual successor to Roland’s TB-303, with a stacked keyboard and built-in step sequencer. But in a bold stroke of nerdy minimalism, the neon-pink box has no writing at all on its face. Just 16 (wooden!) keys, four sound-shaping knobs, two mode-shifting buttons, a power button, and a 1/4-inch out jack. I’ll let these guys show you what it feels like to play one.

The Pocket Piano MIDI looks almost exactly the same as the Bolsa Bass, but it carries a different set of synthesis parameter and arpeggiators, a built-in speaker, and, of course, MIDI — you can chain it to other pocket pianos to layer up sounds, or control it from an 88-key rig if you need to step outside the boundaries of the one wooden octave onboard. 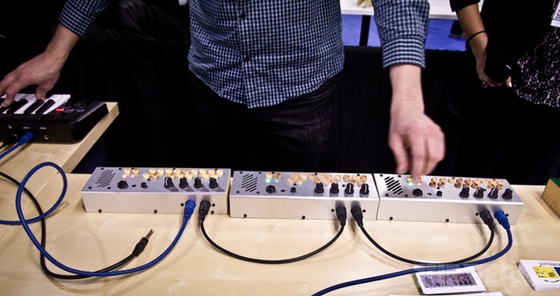 And then there’s the Kaleidoloop: a box with a rubberized transducer mic, an SD card slot, and a speaker, making it look like a castoff from some weird Soviet future we never experienced. And that’s pretty much it! At $300, it’s not headed for toy-store shelves anytime soon, but it would be the perfect sort of gift from an enthusiast parent looking to give their kid something more soulful than your typical My First Sony experience. 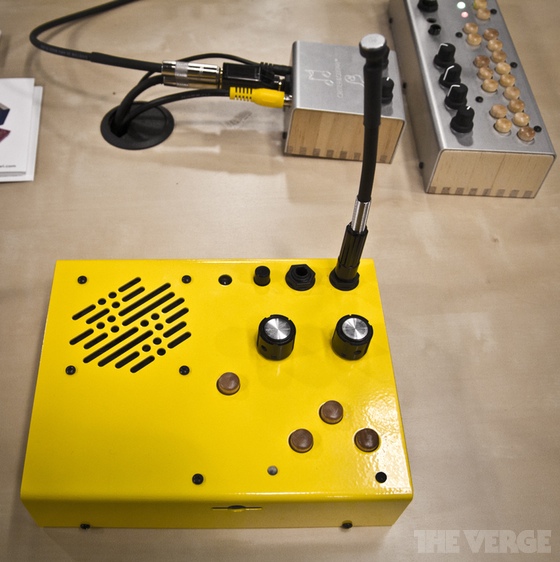 Critter & Guitari isn’t the first company to make cute little noise-making machines, and it certainly isn’t the cheapest source of social sonic entertainment on the market. But there is a cohesive design narrative that’s baked into each of their machines, like a storied bottle of small-batch bourbon: they’re all supremely portable, the circuit boards are designed in-house, the aluminum enclosures are stamped in Philly, and the wooden sides and buttons are all hand-assembled at their home-office-factory in Brooklyn.

Just as important as the products themselves is the way the small company markets itself: unassumingly, aiming to please children as much as adults, and with a sort of holistically pure ecosystem that emphasizes fun over innovation. Instead of hired-gun PR agents manning their tiny booth, the actual guy who designed them was there to show them off — a look that’s almost unprecedented at trade shows of this scale. It feels like the long-tail era of the maker movement is alive and well at NAMM, in the form of two tiny psychedelic aliens who looked like they fell off the back of the Blue’s Clues truck in a happy and bloopy-sounding accident on the way to the content-creation factory.