Starting yesterday afternoon, the Hotmail account of California resident David Peck suddenly became a lot more popular. It's the result of a bug in Google search, which The Verge was able to reproduce. Search for "gmail" and the first result has a link with a tagline about Gmail's 10GB of storage and, ironically, lack of spam. Clicking that link causes a new window to pop up — a Gmail box for composing a new email — with Peck's handle already filled in on the address line. 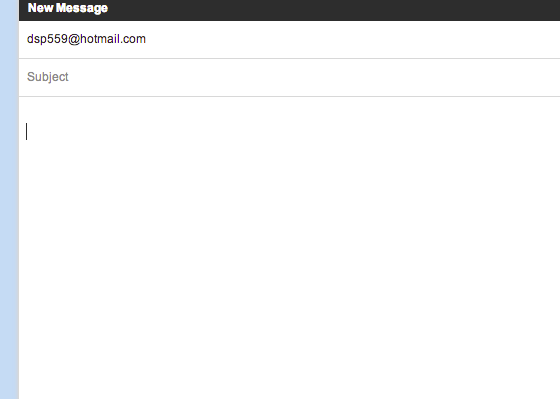 "I’ve been getting thousands of no-subject, blank emails. 500 of them come every hour, I can’t stop them," Peck told TechCrunch. "They’re coming so fast, I want to stop them. I deleted everything last night and woke up this morning and had 1,900 new emails" he says. "Only two of them were emails I cared about."

It's unclear if this bug is related to today's Gmail outage. We have reached out to Google for comment and will update with any response.

Update: A Google spokesperson emailed to say that: "Due to a technical glitch, some email addresses on public webpages appeared too prominently in search results. We’ve fixed the issue and are sorry for any inconvenience caused."