Steam In-Home Streaming lets you play away from your PC

Share All sharing options for: Steam In-Home Streaming lets you play away from your PC

With the right hardware setup, you may no longer need to sit in front of your gaming machine. With a PlayStation Vita, you can play PS4 anywhere in your house. With an Nvidia Shield, you can do the same with a Windows gaming PC. But what if you don't want to buy a multiple-hundred dollar handheld game system to play Tomb Raider in bed? Valve is building a game streaming solution right into its free Steam game platform, so you can sling games from your beefy desktop PC to laptops as thin as a MacBook Air. Late last week, Valve invited a host of new users into the Steam In-Home Streaming beta, and we made it in. Read on for our first impressions.

Pairing is a piece of cake

The first, most striking thing about Steam In-Home Streaming is how little setup it requires. You don't even need to be in front of both computers to pair them together. As long as both computers are signed into your Steam account and connected to the same network, you'll automatically have access to any game or program in either computer's Steam library. That means you can stream Windows games to a Mac or Linux machine, and Valve is planning to add support for the reverse, too. If you've got a copy of a game that works on both operating systems, you can pick whether to stream it or run it locally, or even start installing it on the remote computer. You can even launch some non-Steam apps, like Adobe Photoshop and Media Player Classic, if you add them to Steam. They don't properly display their menu bars, though.

While some Steam games don't stream right now, those that do launch seem to launch quickly and more reliably than they do on the Nvidia Shield. Streaming quality, however, is harder to measure. Even in this beta state, there's no question that Steam In-Home can technically deliver the clearest, crispest images we've seen from a streaming solution yet, ones that are practically indistinguishable from how they look on an actual gaming PC. The problem is that actually getting that quality depends on a complex array of factors. 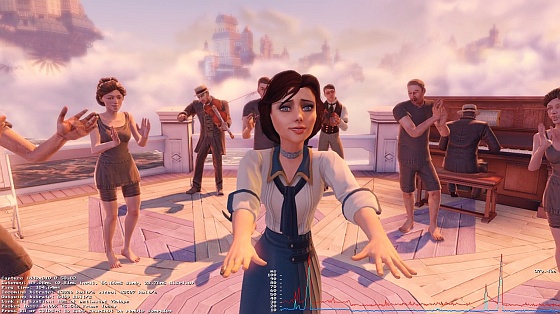 With a relatively powerful gaming PC (Core i5-2500K, 16GB RAM, GeForce GTX 660 Ti) hooked up to a pricy $200 802.11ac router over Gigabit Ethernet, and streaming to a 2013 MacBook Air during a Friday commute hour, things were predictably superb. As of the beta, Steam's streaming solution lets you set the bandwidth and screen resolution yourself — unlike Sony or Nvidia — and with a huge 15-megabits-per-second stream, plenty of overhead, and little interference, games like Devil May Cry looked and felt fantastic from a few rooms away. Nidhogg, a lightning-fast sword fighting game, actually felt playable. 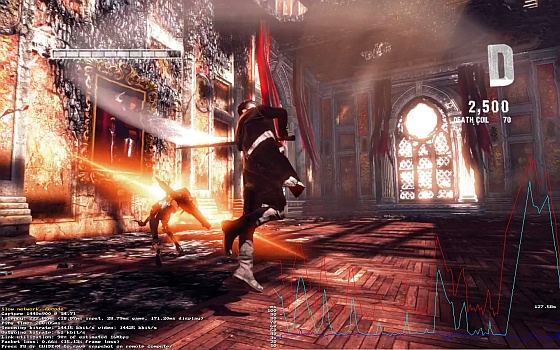 Again, though, that's the optimal scenario, and trying the same games with a cheaper 802.11n router or during peak hours made things far more difficult. Where Nvidia and Sony automatically degrade the image quality when bandwidth drops, Steam drops the frame rate and games begin to stutter. You can fix a lot of the quality issues yourself by playing with Steam's bandwidth and resolution settings, but it's a bit of work, whereas Nvidia has a dedicated piece of software that automatically optimizes settings for a playable streaming experience. We also had a few games that seemed to stutter even at lower quality settings, like Tomb Raider, which streams quite smoothly to the Shield in contrast.

Between the problem games and the need for more user-friendly configuration, Valve has plenty of work ahead, but we don't expect that work to stop. In-Home Streaming is a key part of Valve's Steam Machines strategy, because the Linux-based SteamOS boxes won't natively run Windows games. With streaming, Valve's Linux-based video game systems can still play games for Windows so long as you have a Windows gaming box on the same network. But even if you just plan to prop up a laptop in bed, Steam In-Home Streaming already feels like it could be a killer feature. You can't beat free.