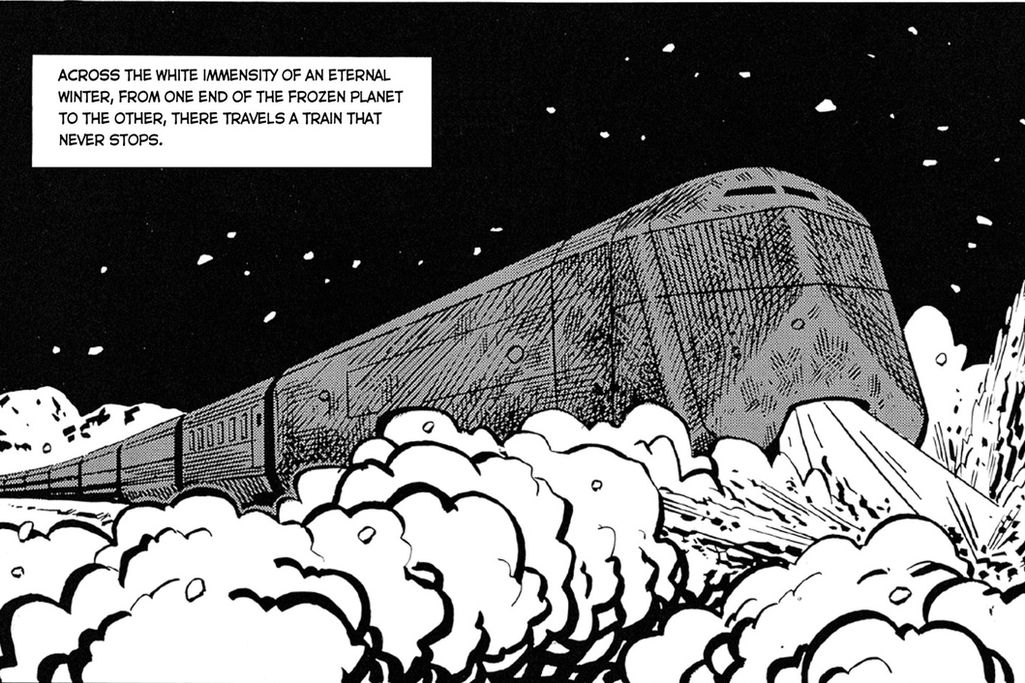 It took three decades for one of the darkest, most challenging French comic books ever to be translated into English, but the wait was worth it. Snowpiercer — or Le Transperceneige as it was originally known — is a post-apocalyptic tale about class warfare. But unlike many similar stories, Snowpiercer doesn't take place in a wasteland created by nuclear fallout or global warming. Instead, the story is set entirely on a train, one that holds the last of humanity, keeping them safe from the unlivable ice age outside. Its cars also create an easy form of class division — the rear of the train holds the dregs of society, while those up front live in luxury. It's a ridiculous concept made believable thanks to some fantastic writing and gritty art, and though it debuted in 1982, it still feels fresh some 30 years later.

"The big force of this story, I think, is that it is not just a sci-fi graphic novel, but rather a timeless philosophical fable," says artist Jean-Marc Rochette.

The first volume of the book, "The Escape," is available today and follows the story of two characters. One comes from the rear of train, where a lack of space and food has made life so intolerable he risks his life to sneak his way up into the higher-class cars. The other is an activist fighting for the rights of those in the tail. Eventually the two are arrested and forced to meet with the president — a lengthy journey on a train with 1,001 cars. This trek not only provides plenty of time for their story to unfold, but also lets you see the different cars and the living conditions of their residents. There's quite the discrepancy between the filthy rear and the opulent luxury cars. In some places residents fight for space and food, while in others they're more concerned with drinking the last of the world's wine and engaging in seemingly never-ending orgies.

"Now the world has become small, like a train."

Snowpiercer is also set in the future as envisioned in the mid-'80s, and it features a number of prophetic scenes. Residents are kept fed thanks to the advent of lab-grown meat (albeit of the self-replicating kind), while the theater car features a reference to Star Wars VII, a movie that isn't slated to launch in the real world until 2015. There is a religious group that worships the train’s engine and armed guards that make it impossible for the disparate classes to mingle. Even the locomotive itself exudes a sense of retro-futurism — its technology lets it run for a long but indeterminate amount of time without stopping, and its design is inspired in part by armored trains used by Russia in World War II. 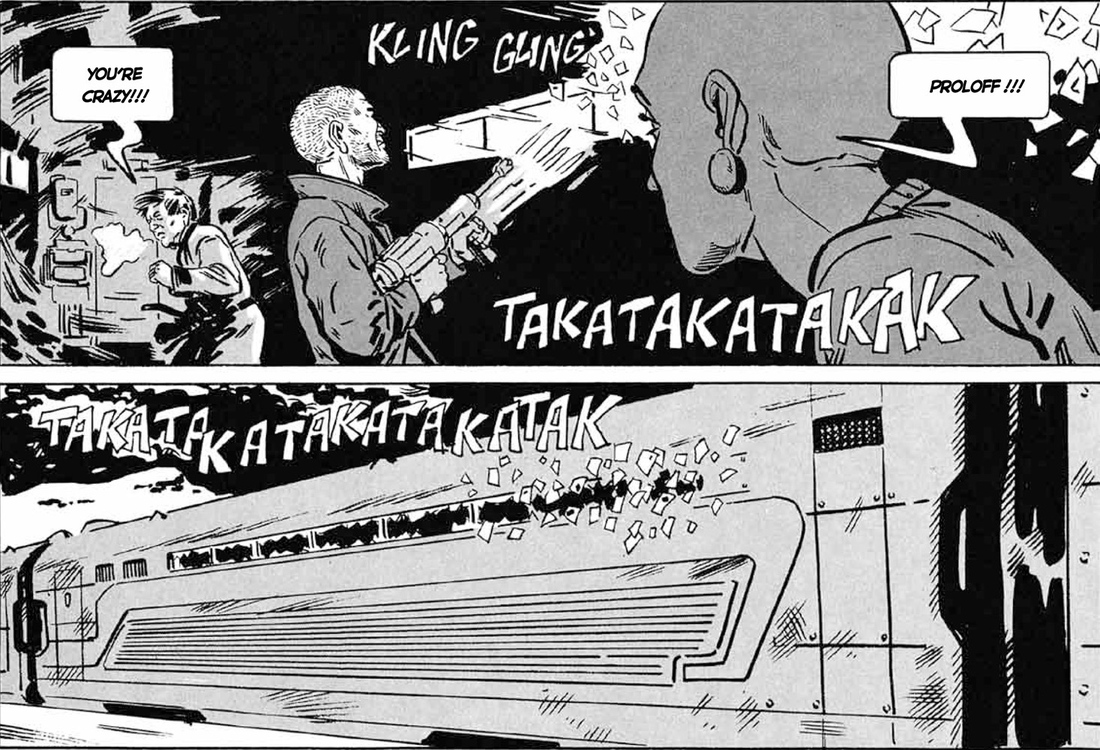 But for Rochette, it's something besides the crazy sci-fi ideas that makes the book so timeless. "I think [writer] Jacques Lob’s most visionary prediction was the inequality between the poor and rich in a confined space," he explains. "Because now the world has become small, like a train. The poorest people of Sudan are separated by only six hours of plane journey from the richest people of Europe, a bit like six tiny train cars."

In addition to the English language graphic novel, the second volume of which is due in February, Snowpiercer has also made the shift to the big screen. Last year saw the release of a feature film in South Korea and France, starring Chris Evans and Tilda Swinton and directed by Bong Joon-ho. A North American launch is slated for later this year. For Rochette, who has seen the film five times already, it's an adaptation that truly honors the source material.