Extensive monitoring program is geared toward terrorists, but critics say the Kremlin has gone too far

The Sochi Winter Games are already the most expensive Olympics on record, and they're shaping up to be the most watched, as well — not by spectators or television viewers, but by the Russian government.

Amid heightened security concerns and terrorist threats, Russian security forces have constructed a powerful surveillance system designed to monitor the movements and communications of virtually everyone on the ground at Sochi. The aim is to deter attacks and unrest through blanket monitoring, though there are fears that the Kremlin is going too far.

"The Russian secret services are just obsessed by the idea of ... total control," says Irina Borogan, an investigative journalist for Moscow-based watchdog Agentura.ru. Last year, Borogan and Agentura editor-in-chief Andrei Soldatov published a series of reports on the surveillance programs that Russia is implementing for the Winter Olympics, which run from February 7th through the 23rd.

Their investigation shed light on a security system of remarkable breadth — one capable of gathering not only metadata, but actual phone conversations and internet activity. In an interview with The Guardian, one security expert described the program as "PRISM on steroids," referring to the controversial data-gathering system used by the US National Security Agency (NSA).

"These are the first Olympics in which there's a terrorist threat that's serious."

Terrorism is a major concern at every Olympics, but fears are especially high ahead of the Sochi Games. Islamist insurgent groups in the nearby North Caucasus region have threatened to stage attacks during the games in the hopes of discrediting President Vladimir Putin at his showcase event.

"These are the first Olympics in which there's a terrorist threat that's serious, where terrorist groups have said they want to disrupt the Olympics" says David Wallechinsky, president of the International Society of Olympic Historians. "In previous incidents, particularly Munich in 1972, Atlanta in 1996, these were without warning. So this is serious."

In December, two suicide bombers killed 34 people in the city of Volgograd, just 400 miles away from the seaside resort of Sochi. The separatist group Vilayat Dagestan later claimed responsibility for the attack, with two members posting an ominous video online.

"If you hold these Olympics, we will give you a present for the innocent Muslim blood being spilled all around the world," the men said, addressing Putin. "For the tourists who come, there will be a present, too."

A "ring of steel" to protect Sochi

Russia and other countries are taking the threats seriously. Officials have banned unregistered vehicles from Sochi and plan to deploy some 40,000 police officers and 11,000 closed-circuit cameras throughout the area, more than any Olympics in history. The US, meanwhile, plans to station two Navy warships in the Black Sea as a precautionary move — in the event of an attack, the ships would be used to evacuate Americans — and is sharing counterintelligence with the Russians.

Kremlin officials have described their security plan as a "ring of steel" that will surround Sochi, while intelligence officers collect data on communications to and from the region. At the core of Russia's surveillance apparatus is the System of Operative-Investigative Measures, or SORM: a nationwide electronic monitoring program capable of intercepting phone calls and messages sent through email or social networks. SORM was first developed in the 1980s under the Soviet KGB, and is now under the purview of the Federal Security Service (FSB). 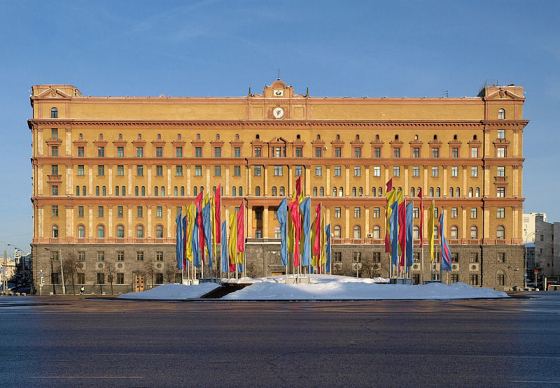 Government procurement documents obtained by Soldatov and Borogan reveal that the FSB began upgrading SORM in 2010 to guarantee that it would be ready for the surge of traffic that Sochi will bring. Their investigation, carried out in coordination with Privacy International, Citizen Lab, and the Guardian, uncovered new regulations requiring most internet service providers (ISPs) to modify their Wi-Fi equipment in ways that would give the FSB unfettered access to their networks. The regulations also mandate that all internet traffic be unencrypted, allowing the agency to freely monitor web activity.

Other documents show that Rostelecom, Russia's national telecom provider, has installed SORM-compatible deep-packet inspection (DPI) systems on all of its networks, which will allow the FSB to sift through internet traffic based on certain keywords or phrases used in emails, chats, or on social media. All told, Russia has spent some $2 billion on Sochi security alone, including two types of drones that will conduct surveillance from above — an Olympic first.

"To identify a terrorist you need to get intelligence on the ground."

The program is certainly massive, though there are concerns that by focusing so much of its efforts on Sochi, the Russian government could leave other areas open for attack. In an assessment report obtained by the BBC this week, UK officials warned that terrorist attacks "are very likely to occur" before or during the Sochi Games, noting that cities like Volgograd and other surrounding areas could be particularly vulnerable. Russian security forces are still looking for a 22-year-old Dagestani widow and suspected suicide bomber who could already be in Sochi. The woman is believed to be a so-called "black widow," a term used to describe the wives of slain insurgents who have been blamed for suicide bombings in the past.

Soldatov and Borogan have covered surveillance for years, and believe Russia's Sochi program goes well beyond the realm of counterterrorism. In their reports, they note that the FSB plans to conduct surveillance on athletes, event organizers, and foreign journalists, and that the US State Department has advised travelers to not bring any "trade secrets, negotiating positions, and other sensitive information" on their laptops or smartphones.

"To identify a terrorist you need to get intelligence on the ground, not drones or [communications] interception," Borogan says. "Total surveillance on those who might mention the suspicious words like 'explosion' or 'bomb' isn't very helpful here."

"I never expect privacy when I go to the Olympics."

Dmitry Gorenburg, a senior research scientist and Russia expert at the nonprofit think-tank CNA, says the measures are likely as much about crowd control as they are counterterrorism. Amid widespread outrage over his controversial anti-gay propaganda laws and alleged human rights abuses, Putin last year announced a ban on all public demonstrations during the Olympics. He backtracked earlier this month, though demonstrators will need to receive approval from authorities ahead of time.

"They don't want any embarrassing, big political protests," says Gorenburg, who also edits the journal Problems of Post-Communism. "But they also don't want the equally embarrassing [situation of] having to repress the protests."

Russia's domestic tensions have raised fears among international athletes and spectators, including Wallachinsky, who will be traveling to Sochi this week to do radio commentary. He says it's comforting to know that Russian security will be conducting surveillance on potential terrorists and insurgents, though he adds that lumping journalists and athletes into that group is excessive. Still, after attending 15 Olympic Games, he's grown accustomed to spending time in controlled environs.

"I never expect privacy when I go to the Olympics," he says, adding that he felt similar scrutiny from Chinese authorities during the 2008 Summer Games in Beijing. "It's just their way of saying, ‘Yeah, we're watching you.'"